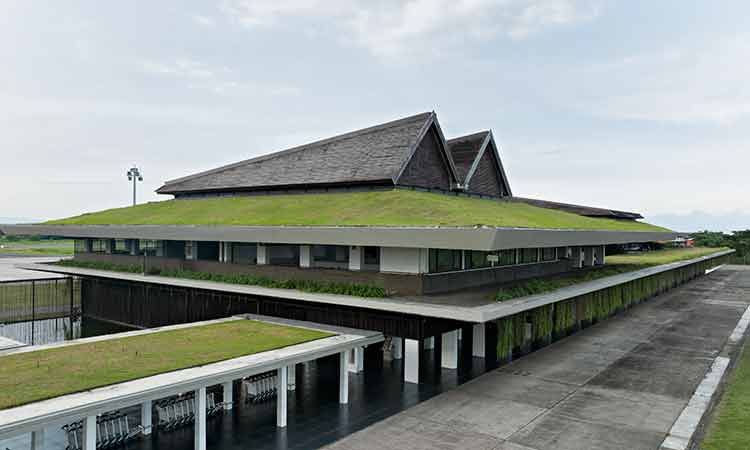 Banyuwangi International Airport may be a game-changer in airport architecture.

The winners of the 2022 Aga Khan Award for Architecture (AKAA) have been announced. The six Award winners, who will share $1 million, one of the largest in architecture, show promise for communities, innovation and care for the environment. From Bangladesh comes winner Urban River Spaces, Jhenaidah. The seemingly simple undertaking of cleaning up the access to the Nabaganga river in Jhenaidah led to a thoughtful and minimal landscaping project with local materials and construction techniques, say the Jury. “It transformed a derelict informal dump site into an attractive and accessible multifunctional space that is valued by Jhenaidah’s diverse communities. The project managed to reverse the ecological degradation and health hazards of the river and its banks, and induce its ecological improvement, in one of the most riverine countries on earth.”

Community Spaces in Rohingya Refugee Response, Cox’s Bazar, is another winner. According to the Jury, six temporary community spaces of the Rohingya Refugee Response programme provide a dignified, sensitive and ingenious response to emergency needs related to the major influx of Rohingya refugees into Bangladeshi host communities, with particular attention to the safety of women and girls.

Iran’s Argo Contemporary Art Museum and Cultural Centre in Tehran, the next winner, is located in the dense urban neighbourhood that is Tehran’s historical centre. The untypical reuse and conservation project has transformed the Argo Factory – a former brewery whose activities were moved 10 years before the Iranian Revolution, for pollution reasons, to a site outside the city – into a private museum for contemporary art.

Finally, Lebanon’s Renovation of Niemeyer Guest House, Tripoli, is considered an inspiring tale of architecture’s capacity for repair, as the country faces unprecedented political, socio-economic and environmental collapse and winner Senegal’s Kamanar Secondary School, Thionck Essyl, addresses multiple scales of urbanism, landscape, architecture and building technologies. The Aga Khan Award for Architecture was established in 1977 by the Aga Khan, 49th hereditary Imam of the Ismaili Muslims, to identify and encourage building concepts that successfully address the needs and aspirations of communities in which Muslims have a significant presence. The Award’s selection process emphasises architecture that not only provides for people’s physical, social and economic needs, but that also stimulates and responds to their cultural aspirations.

The Award recognises examples of architectural excellence in the fields of contemporary design, social housing, community improvement and development, historic preservation, reuse and area conservation, as well as landscape design and improvement of the environment. Particular attention is given to building schemes that use local resources and appropriate technology in innovative ways and to projects likely to inspire similar efforts elsewhere.

The Award not only rewards architects, but also identifies municipalities, builders, clients, master artisans and engineers who have played important roles in the project. In the past 15 triennial cycles of the Award, 128 projects have been awarded and nearly 10,000 building projects have been documented. This year marks AKAA’s 45th anniversary. In a meeting in February 2022, an independent Master Jury shortlisted 20 projects from a pool of 463 projects nominated for the 15th Award Cycle (2020-2022). Subsequently, after on-site reviews of the shortlist by a team of experts, the Jury awarded six projects from them.  Ceremonies to honour the winning projects and mark the close of each triennial cycle are held in settings selected for their architectural and cultural importance to the Muslim world. In 2022, the ceremony will be held in Muscat, Sultanate of Oman, in conjunction with the Aga Khan Music Awards ceremony. Previous venues include many of the most illustrious architectural achievements in the Muslim world, including Shalimar Gardens in Lahore (1980), Topkapi Palace in Istanbul (1983), the Alhambra in Granada (1998) and Emperor Humayun’s Tomb in Delhi (2004). 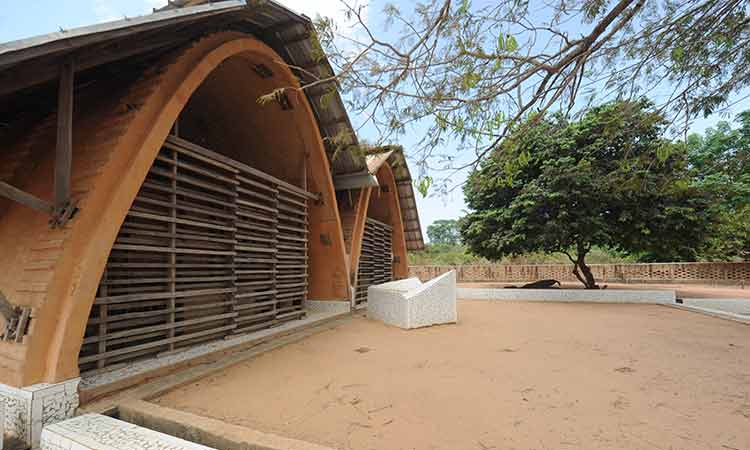 The nine members of the current Jury are Nada Al Hassan, an architect specialising in the conservation of architectural and urban heritage; Amale Andraos, Professor at the Columbia University Graduate School of Architecture, Planning and Preservation; Kader Attia, an artist who explores the wide-ranging effects of western cultural hegemony and colonialism; Kazi Khaleed Ashraf, director-general of Bengal Institute for Architecture, Landscapes and Settlements, in Dhaka, Bangladesh; Sibel Bozdogan, Visiting Professor of Modern Architecture and Urbanism at the Department of the History of Art and Architecture, Boston University; Lina Ghotmeh, a French-Lebanese architect who leads a practice where every project learns from a vernacular past to build a new “deja-la”; Francis Kere, an AKAA laureate and internationally renowned Burkinabe architect who received the Award  in 2004 for his first project, an elementary school in Gando, Burkina Faso; Anne Lacaton, founder of Lacaton & Vassal in Bordeaux in 1989, who focuses on the generosity of space and economy of means and Nader Tehrani, founding principal of NADAAA, a practice dedicated to design innovation, collaboration and a dialogue with the construction industry.

A monograph that includes essays on issues raised by the Master Jury’s selections of the shortlist and the winners for the 2022 Award will be published by Architangle in October 2022. Edited by Sarah M. Whiting, it presents descriptions and illustrations of the 20 shortlisted projects, including the six Award recipients.