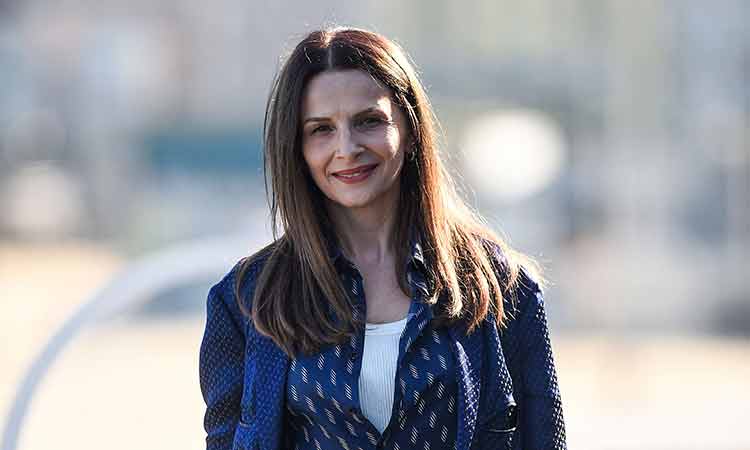 Actors must learn to just say “no” to roles that objectify women, Oscar-winning French actor Juliette Binoche said Sunday at the San Sebastian film festival where she will be honoured with an award for her acting career. “You have to know how to say no to things so that you don’t end up in a kind of situation where you are seen in a certain way,” said Binoche, who is one of France’s most recognised actors.  When she was offered roles where she was “somebody’s woman, or objectified as a woman,” she turned them down.  “I just said ‘no’ because I wasn’t interested,” the 58-year-old told reporters, admitting that she felt “very lucky” to have played so many interesting parts throughout her career. “I know there are women who are victims of this, but you have to know how to reject this kind of codified cinema,” said Binoche whose role in “The English Patient” (1996) won her an Oscar for best-supporting actress.

“It’s not always easy but you have to know how to take a leap into the unknown where these chauvinistic codes no longer apply.”

Binoche, who has taken on some 75 different parts since her silver screen debut in 1983, says she tries to “never judge a role, but to embrace it with all its contradictions, all its darkness, and for what ultimately makes it human.

Nimrat Kaur looks back as 'The Lunchbox' completes nine years

“And when a storyline leads to an evolution or a transformation, that’s what interests me most.”

Talking about her experience of working in the US, Binoche, who spoke in French, said: “In American cinema it has sometimes happened to me that they call me to be ‘the wife of’ and then say ‘no’ because I’m not interested. Growing old in front of the camera is a challenge, it forces you to be truthful.” As well as working with Denis, one of the most acclaimed French directors, three times, Binoche has been with numerous great directors, including the late Jean-Luc Godard, who she said was not easy, adds ‘Variety’.

She worked with Godard on the 1985 film “Hail Mary.” “There was a series of casting I did with him that lasted for a long time,” she recalled. “For rehearsals, I had to be open while combing my hair, and saying a poem by heart. He didn’t choose me for the role but he created a new role for me.”

Binoche got into acting through theatre, and trained at the National Academy of Dramatic Arts in Paris. Her film debut came in 1973 with “Liberty Belle,” which was followed by numerous roles, including the Godard film. Her early English-language credits include “The Unbearable Lightness of Being” (Philip Kaufman, 1988), and “Wuthering Heights” (Peter Kosminsky, 1992).