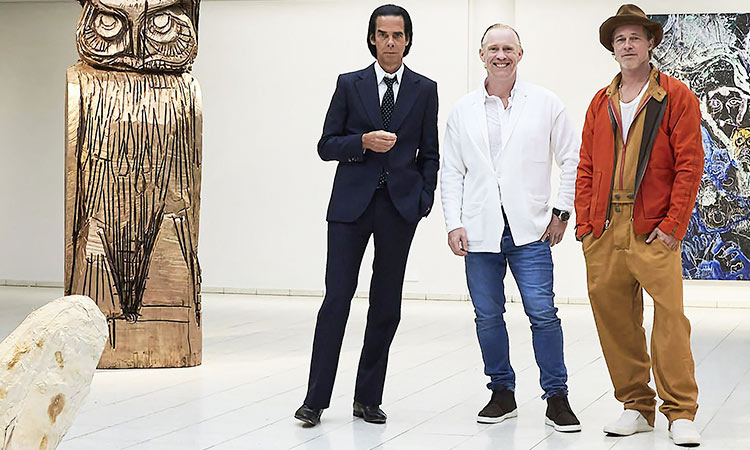 Thomas Houseago (C) posing with Brad Pitt (R) and Australian musician Nick Cave prior to the opening of the exhibition. AFP

In the actor's first-ever public art exhibition, Brad Pitt has unveiled his sculptures in a lakeside art museum in Finland, the gallery said on Monday.

Located in Finland's third largest city of Tampere, this is the first time the "largely self-taught" American star presented his sculptures to the public, Sara Hilden Art museum said.

Pitt's sculptures were revealed by the actor himself on Saturday as part of a larger exhibition by British artist Thomas Houseago, alongside a ceramic series by Australian alternative rocker Nick Cave.

"For Nick and I this is a new world and our first entry. It just feels right," Pitt told Finnish broadcaster Yle at the opening ceremony.

Pitt's work includes a moulded plaster panel "depicting a gunfight" and a series of house-shaped silicone sculptures that each have been shot with a different gauge of ammunition. 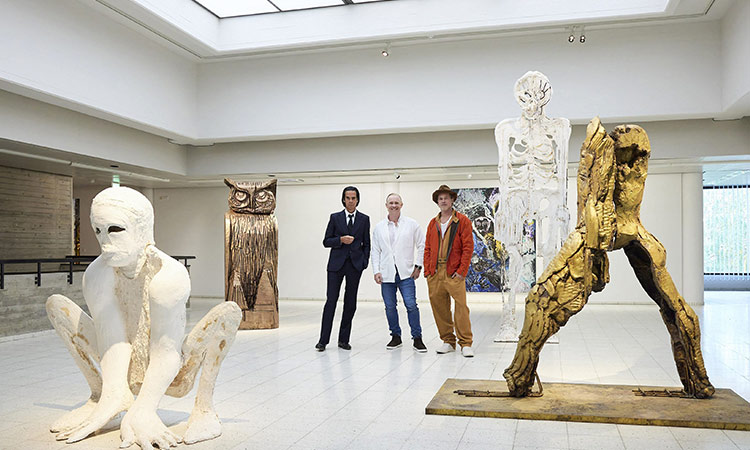 Pitt's sculptures were revealed by the actor himself on Saturday as part of a larger exhibition by British artist Thomas Houseago. AFP

"To me it's about self-reflection. It's about where I have gotten it wrong in my relationships, where have I misstepped," Pitt said at the opening.

The 58-year-old actor's unexpected visit took the Nordic country by surprise as his involvement in the exhibition was not previously announced.

"In that sense this is exciting and wonderful," Chief Curator Sarianne Soikkonen told AFP.

As well as hosting Pitt's sculptures for the first time, the art show is Houseago's exhibition debut in the Nordic countries.

The decision to include his friends Cave and Pitt in his exhibition was shaped by the pandemic and "events in Houseago's personal life", Soikkonen said.