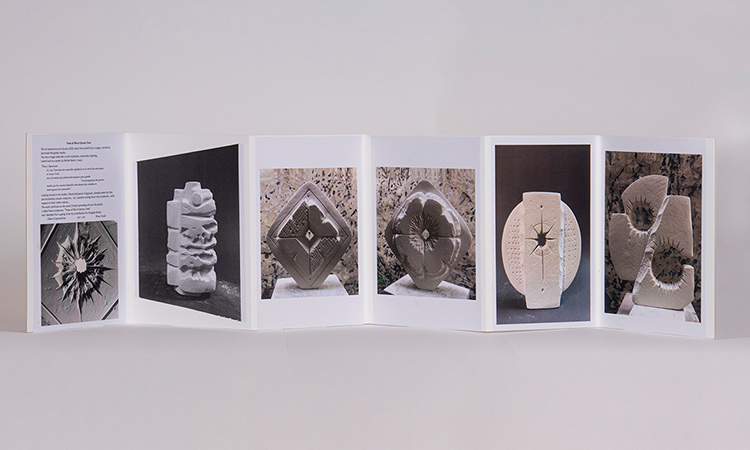 Tree of Life in Corona Time by Mona Saudi.

As part of the year-round event, Al Kadiri will mentor three UAE-based emerging artists - Majd Alloush (Syria), Sarah Al Mehairi (UAE) and Mohamed Khalid - as they create new commissioned works to be exhibited at the art fair in November. Each artist will explore notions of borders, home, man-made territories and geographical mapping, with a special focus on artists’ books.

The Beyond programme will run alongside an iteration of Al Kadiri’s acclaimed pandemic undertaking Cities Under Quarantine: The Mailbox Project, which will be travelling to Al Ain and be on view at Qasr Al Muwaiji (Nov. 16 – Jan. 22, 2023), coinciding with the opening of the fair. 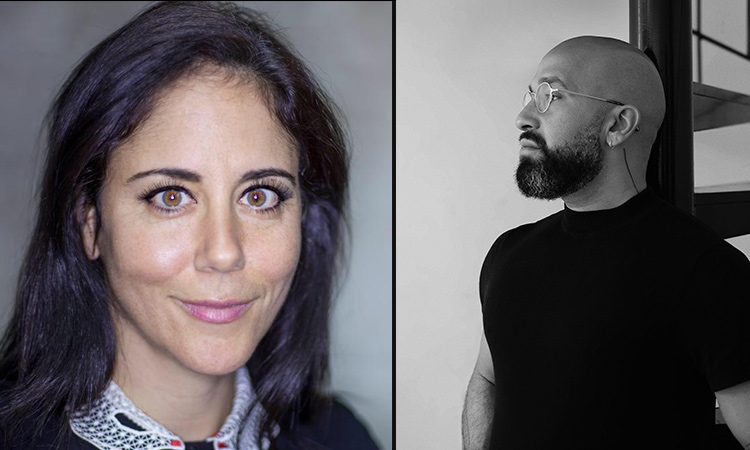 It features more than 50 renowned Arab artists, including Dia Al-Azzawi, Mona Saudi, Mohammad Omar Khalil and Mohammad Kazem, who drew from their unique experiences of isolation during the COVID-19 lockdown to create their works.

The artists, deprived of studio practice of working with canvas or sculpture, embraced another, perhaps more intimate, medium: the artist’s book. Each artist was given a book in the format of their choice – either a Leporello or a hand-stitched sketch book – ready to be filled with their work.

Dyala Nusseibeh, ADA Director said: “Our annual Beyond: Emerging Artists programme seeks to propel UAE-based artists forward on an international level, enabling them to create ambitious new work with guidance from the guest curator and with funds and opportunity provided by the Department of Culture and Tourism – Abu Dhabi.” 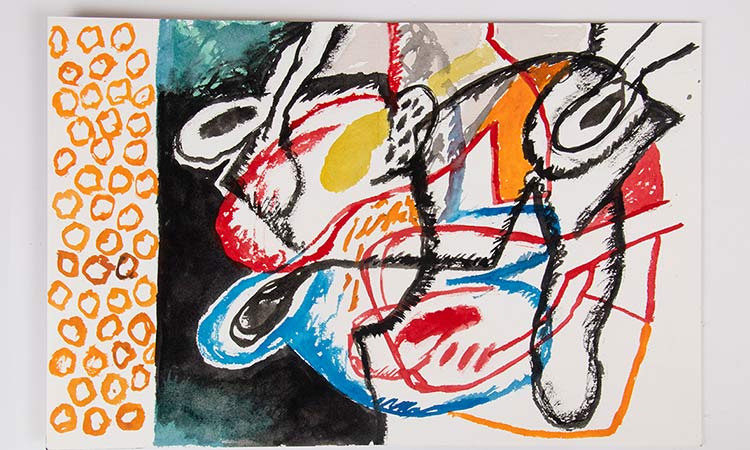 Quarantined No.1 by Dia Al-Azzawi.

Al Kadiri said that “in this edition, I hope to spark deep conversation that weaves the works of the three artists together, while approaching the exhibition with a new perspective by focussing on the practice of artist’s book making.” His work focuses on the notion of translating violence, investigating repressed personal and collective traumatic experiences, while emphasising the destruction of cultural heritage migration and belonging.

As Director of Dongola, which he co-founded in 2017, he helps create limited edition artists’ books by collaborating with artists, authors and designers to offer unconventional perspectives on art and contemporary topics in the MENASA region. Dongola Limited Editions is a leading publishing house that positions artists’ books as an artistic and aesthetic contemporary practice from the Arab world. 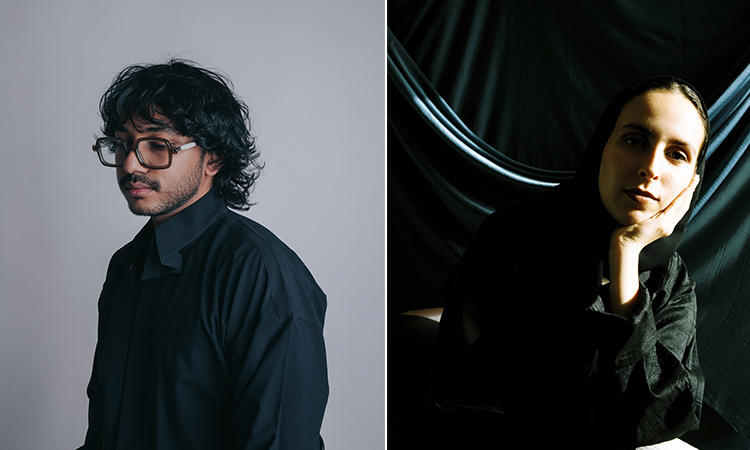 Despite coming from diverse backgrounds and employing differing artistic practices, all three of the Beyond selected artists explore themes of identity in their work. Alloush’s work spans multiple disciplines, including printmaking, sculpture, photography, moving image, installation and performance. His practice challenges the notion of borders in concept, content and medium, by exploring geopolitics, and social and environmental issues such as the ramifications of war and displacement.

He said that he finds himself “rethinking the term ‘digital cartography’ and the meaning behind cartography in general. I hope to produce works that investigate the idea of borders in depth, dismantling and questioning the idea of these lines that divides us.” 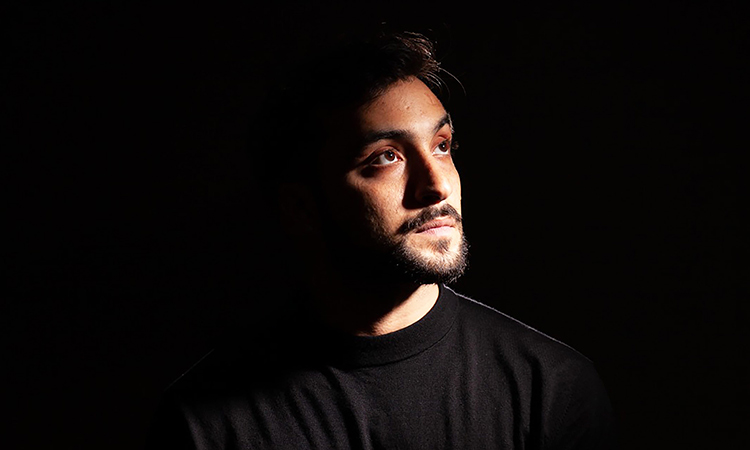 Majd Alloush is a Syrian artist.

Khalid examines the materiality of everyday objects to bring out their metaphorical potential; he dissects ironies of his everyday surroundings, using mundane material. He may begin his work playfully, but it develops into a methodical formula with a philosophical content that reveals relationships between his subjects and their correlation to human beings.

Al Mehairi was born in Abu Dhabi in 1998, where she currently lives and works. Her body of work explores the push and pull of material to evoke a story that both conceals and reveals itself. She investigates her presence in ever-changing environments, breaking them down, weaving through fact and fiction and thus building a language, while exploring interrelationships. She commented that “I’m particularly excited to work with the scale and new forms in my practice and, through the process, have it translated into an artist’s book.”

Beyond: Emerging Artists is an annual initiative that launched in 2017; the programme provides three emerging artists in the UAE with a platform from which to develop their practice and realise ambitious art projects. The selected artists are chosen by a guest curator each year. They undertake a year-long programme of workshops and studio visits initiated by the guest curator, which leads toward the realisation of a project for the Abu Dhabi Art fair in November.

The works remain on exhibition to the public for several months beyond the fair dates. Nusseibeh has been ADA Director since 2016. ADA, by placing strong emphasis on a diverse public engagement programme, including art installations and exhibitions, talks and events that take place in different locations throughout the year, expands beyond the notion of a traditional art fair.

The culmination of the year-long programme is the ADA event in November, which provides an important sales platform for participating galleries, while also offering them an opportunity to showcase their installations and site-specific works by their artists, to a wide audience.The Department of Culture and Tourism – Abu Dhabi (DCT Abu Dhabi), among other things, drives the sustainable growth of Abu Dhabi’s culture and tourism sectors. 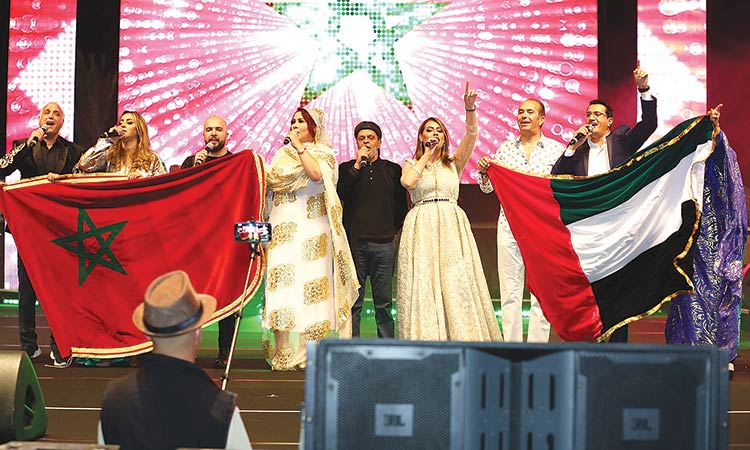