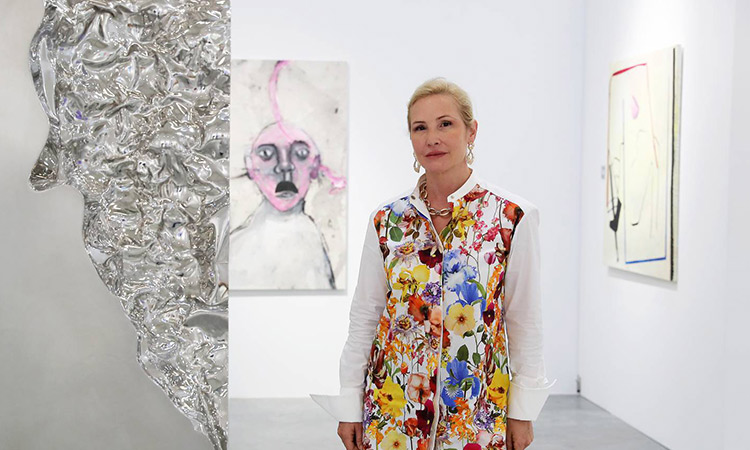 Firetti Contemporary has opened The Grand Tour: A photographic journey in Italy (Sept. 1 — Nov. 25), an exhibition that was inaugurated by Dr. Claudio Rammuno, Deputy Head of Mission, First Secretary and Head of the Consular Chancery Italian Embassy, Abu Dhabi.

For the first time in the United Arab Emirates, forty vintage photographs and four original albums by the most prominent photographers working in Italy between 1850 and 1890 are being exhibited, allowing viewers to experience the beauty and grandeur of Italy’s scenic history.

Attendees can enjoy the views of “must-see” tour destinations in famous cities such as Milan, Venice, Florence, Rome, Naples, Pompeii, Palermo, Taormina, among others. Curated by Michele Bonuomo and Mara Firetti, the show includes the works of legendary photographers, whose bios follow.

“Created to capture memories of the cultural heritage which formed part of their identity”, says the gallery, “The Grand Tour was an exciting journey developed by legendary photographers, who set out to tour the great cities of Europe, seeking history and art. 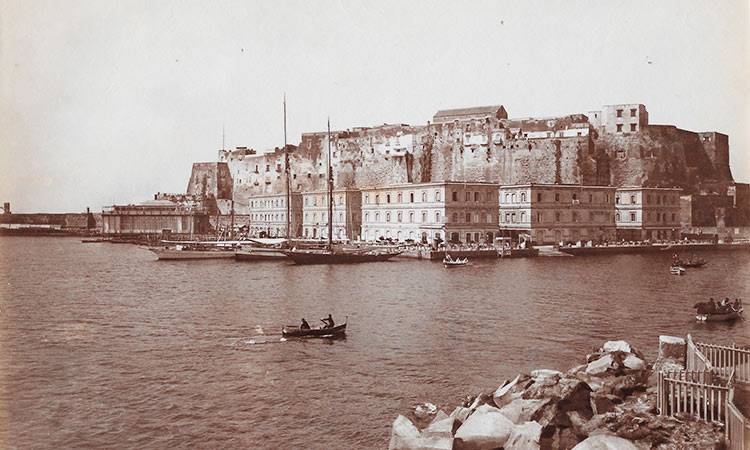 This was how Giacomo Brogi viewed Castel dell’Ovo, Naples, in 1885.

“Their journey took them through famous capitals such as London and Saint Petersburg, to the iconic cities of Italy, or the ancient ‘garden of the empire’”.

At the end of the seventeenth century, The Grand Tour had evolved into a cultural education ritual for Europe’s young aristocrats, serving as a training trip with an itinerary that included the sites of Classic and Renaissance culture.

Italy was the preferred destination because it was — and is — rich in works of art and remains of ancient architecture which, for the European culture of the day, represented both the essence of the Roman world and the Renaissance.

The photographs, which were among the most sought-after souvenirs of their adventures, were usually produced by Europe’s major photographers of the second half of the nineteenth century, at a time when owning a camera was a privilege enjoyed by only a few.

By the early 1850s, The Grand Tour had begun championing the rapid development of photography and its respective markets. Most travellers who did not own cameras, purchased the pictures as keepsakes along stops of their trips. 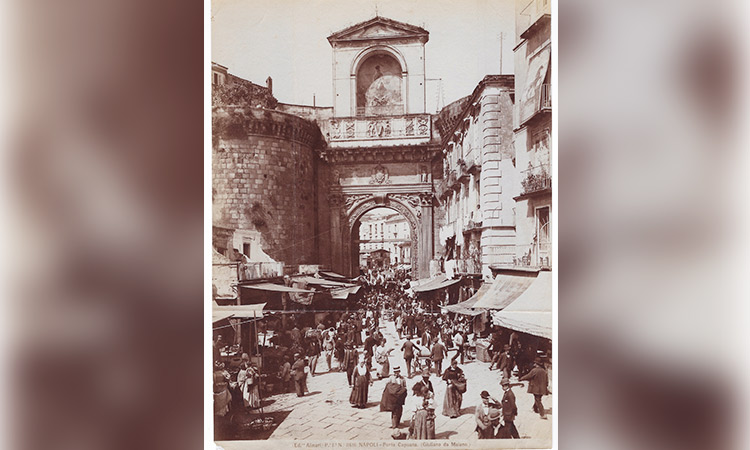 Image taken by Fratelli Alinari of the ancient city gate of Porta Capuana in Naples, 1880.

Today, the images are among the most collected memorabilia, with entire platforms dedicated to the storage and compilation of online albums by both professional photographers and everyone else who can hold — or cannot hold — a camera.

Here is a Grand Tour of some of the photographers involved in the show: August Alfred Noack (1833 - 1895), was a German-Italian photographer and one of the pioneers of photography. The Alinari Brothers (Fratelli Alinari) is the oldest company in the world operating in the field of photography. It was established in Florence in 1852 by brothers Leopoldo (1832–1865), Giuseppe (1836 — 1890) and Romualdo Alinari (1830–1890). Their company was the first photographic company admitted to the service of the Vatican Museums, the Louvre and various Italian museums.

Alphonse Bernoud (1820 — 1889) was a French photographer. A pioneer of photography, he became the photographer of the Bourbon court first, and later of the House of Savoy.

Robert Rive (b. about 1825 — d. after 1889) was a French photographer. He took numerous photographs of the excavations of Pompeii, ancient Roman sculptures and also of the first casts of victims of the eruption of Vesuvius in ‘79. He was one of the first photographers to produce stereographic views, highly valued as souvenirs. 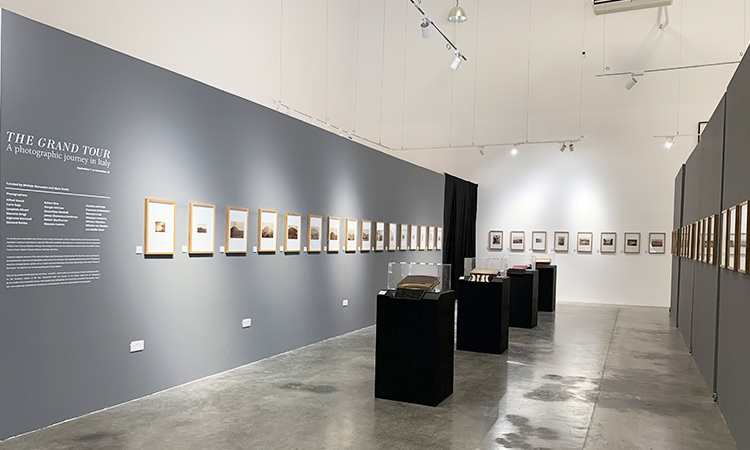 A view of the photographic exhibition.

Giorgio Sommer (1834 — 1914) was an Italian-German photographer. His catalogue included images from the Vatican Museums, the National Archaeological Museum of Naples, the Roman ruins in Pompeii, streets and architecture of Naples, Florence, Rome, Capri and Sicily. Gioacchino Altobelli (1814 — d. post 1878) was an Italian painter and photographer. Many of the Roman views he made were presented at the Universal Exposition in Paris in 1867.

James Isaac Atkinson Anderson (1813 — 1877) was a British painter and photographer who settled in Rome in 1838. Robert Turnbull Macpherson (1814 — 1872) was a Scottish photographer. He was active in Rome in the 19th century. He was the first photographer allowed to photograph inside the Vatican.

Antonio D’Alessandri (1818 — 1893) and Paolo Francesco D’Alessandri (1824 – 1889) were two Italian photographers, mainly active in Rome. They are considered the first war photojournalists in Italy.

Achille Mauri (1835 — d. after 1909) was one of the pioneers of photography. He was a well-known and sought-after portrait painter by the Neapolitan bourgeoisie and was also a reportage photographer.

Gaetano D’Agata (1883 — 1949) was an Italian landscape photographer who focused on the Town of Taormina before the Second World War. D’Agata visited Ireland, Spain, India and the United States.

“With this exhibition, Firetti Contemporary opens its doors to cross-cultural exchange of Italian history and culture through the medium of photography,” says the gallery. 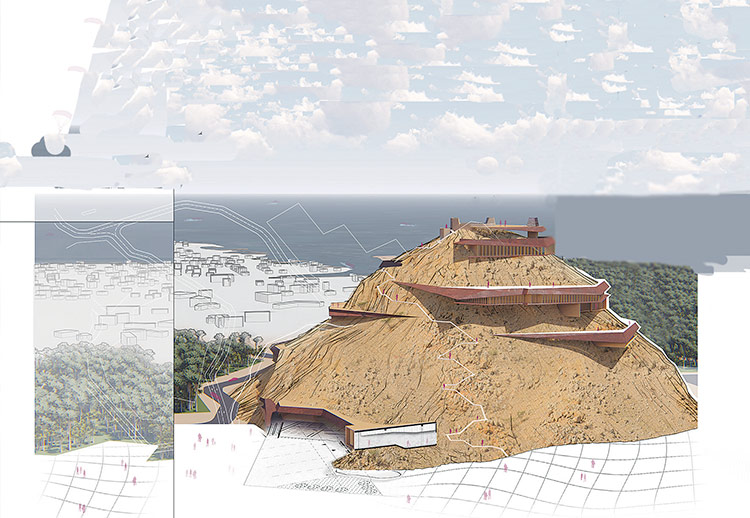 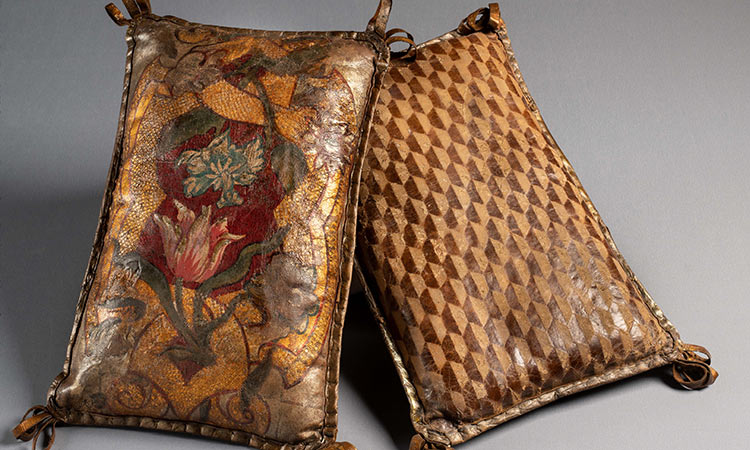 SMA hosts ‘Wonder and Inspiration: Venice and the Arts of Islam’ show

The show will take visitors on a journey that displays how the rich exchange between the Islamic world and Venice forged a strong bond in the period between the Middle Ages and the Modern Age. 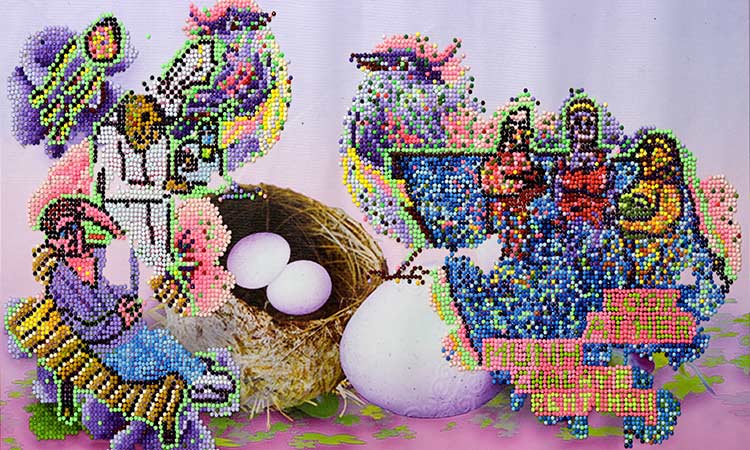 It brings together more than 100 works of painting, prints, sculpture, video and installation from the mid-twentieth century to today.