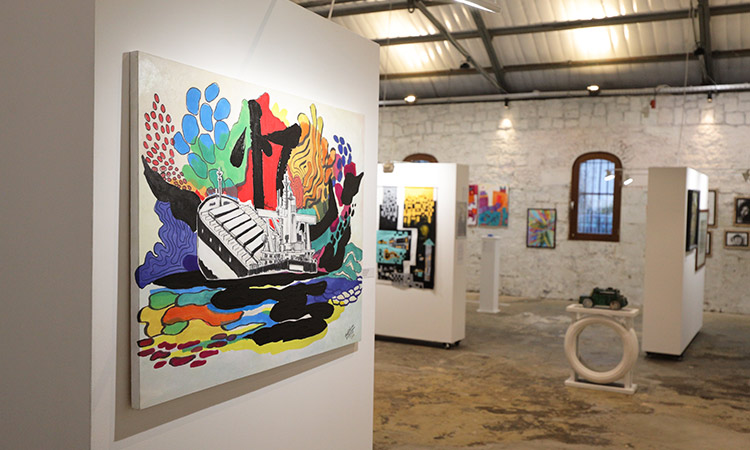 The Mauritius International Art Fair (MIAF) 2022 held its opening at the Galerie du Genie in EDITH, Port Louis, (June 23 — 26), in the presence of the President of the Republic of Mauritius, Prithvirajsing Roopun, and a host of distinguished guests.

The theme of the second edition was ‘Bridge The Gap, Build The Future’. With the aim of positioning Mauritius as a cultural destination, MIAF 2022 was a rendezvous for international, local and regional artists, as well as those from the diaspora.

With the participation of nearly 50 local and 58 global artists, including more than 10 regional and five artists from the diaspora, the event presented the cultural synergy, creativity, diversity and symbiosis of the African continent and its neighbouring regions.

Rasika travels through her home state in Postcards from Jharkhand

The event aimed to make Mauritius an artistic destination, and highlight its richness and heritage. The gathering was the long-awaited opportunity for local and international artists to showcase their talents, after two tumultuous years of COVID-19.

The idea was also to create a collective platform to showcase talents and skills. Children were given the opportunity to let their imagination run wild with the ‘Little Picasso’ session that took place on June 25.

For Dubai-based Zaahirah Muthy, Founder of MIAF and ZeeArts, “this event, which brought together the works of over 100 artists, has been the evidence that we live in an artistic world. 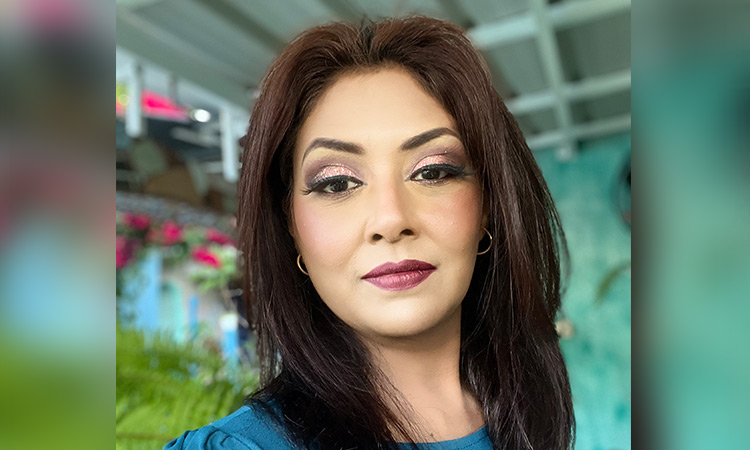 “It was the moment to highlight this aspect of Mauritius and to create this synergy with artists from around the world for a better future. “We received the participation of artists from countries of the African continent such as Madagascar, Rodrigues, and Seychelles, as well as those from the island of Reunion.” According to Vick Shibdoyal, artist and lecturer at Mauritius Institute of Education, “it was an honour to have participated in MIAF in 2019.

“Since then, we have worked collaboratively on various projects with the ZeeArts team. Among them are the majestic artwork on the Phoenix traffic circle that has recently been unveiled by Phoenix Beverages Group (PBG).

“It is a unique project in Mauritius and in the Indian Ocean if I may say so, because it was built with more than four tons of recycled metals and measures ten metres in height.

“It was very rewarding as we worked tirelessly to install this beautiful sculpture. This year, I was among the organising members of MIAF 2022.

“We worked hard to enrich the Mauritian culture in order to offer a colourful event to the Mauritians. We organised several events even with the little ones, because we wanted to discover this artistic facet of Mauritius.” Present for the edition of MIAF 2022 was Charly Lesquelin, artist from Reunion Island, who had made the trip to discover the artistic cache of Mauritius.

“I think it was a very good idea to bring together artists from the area, the Indian Ocean and the world. It was a way to meet after the Covid because the energy was dispersed, as happens when there is no meeting with other artists and international events. I am very proud to represent the meeting here and be a part of MIAF”.

Abhi Indrarajan, a photographer from Dubai, who also made the trip to the event, believes that MIAF is an opportunity for local and international artists to celebrate art.

“I am proud to be part of this cultural and artistic fusion. My photographic work of Umhlanga Pier was taken in Durban, South Africa.

“It is a work that shows how we perceive things differently at the same time, in juxtaposition. I hope to be enriched by this art festival and to take advantage of its multiculturality,” he said.

Visitors also had the opportunity to purchase works of art, sculptures, paintings, photographs and other installations that were on display and for sale at the Genie Gallery in EDITH.

The RenaiSenses Statue, a sculpture made of recycled metals, was the result of PBG’s innovations and sustainable development plan - the new Phoenix was born after more than a year of hard work.

It has taken its place on the Pont-Fer roundabout, which is in front of PBG’s headquarters. It presents the rebirth of the Phoenix that awakens the five senses; the innovative, energetic and the modern sculpture is created from old metals that promotes recycling.

Other aspects considered include the humanitarian factor, team organisation, community wellness as well as the growth of the entire nation, rising from the ashes of COVID, as it were.

The new structure is located in Vacoas-Phoenix, a town which lies in the western highlands region of the country, about 10 miles or 16 kilometres south of Port Louis, the national capital.

The project started during the first edition of MIAF in 2019 and was unveiled during the second edition now. The work of art was completed under the guidance of Muthy, who was the curator of the project.

According to Bernard Theys, CEO of PBG, it is a project that reiterates the group’s commitment to sustainable development through its dedicated pole of communication, PhoenixEarth Initiative.