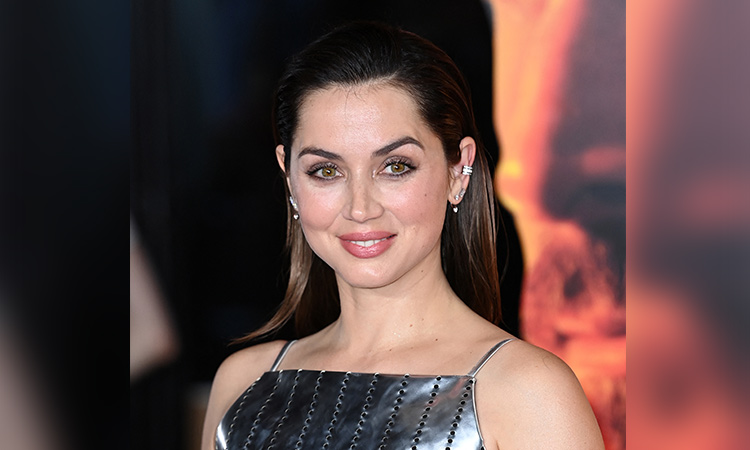 The official Marilyn Monroe Estate has come to the defence of Ana de Armas, who is playing the Hollywood icon in Andrew Dominiks upcoming drama ‘Blonde’.

An official trailer for the film premiered online July 28 and left many viewers outraged over de Armas’ casting because her accent did not entirely match Monroe’s iconic tone. The film is not authorised by Monroe’s estate, but the group stands by de Armas’ casting nonetheless, reports ‘Variety’.

“Marilyn Monroe is a singular Hollywood and pop culture icon that transcends generations and history,” said Marc Rosen, president of entertainment at Authentic Brands Group (ABG), which owns the Marilyn Monroe Estate. “Any actor that steps into that role knows they have big shoes to fill. Based on the trailer alone, it looks like Ana was a great casting choice as she captures Marilyn’s glamour, humanity and vulnerability. We can’t wait to see the film in its entirety!”

De Armas previously told The Times of London that she spent nearly an entire year working on her Monroe accent for ‘Blonde’ before filming started.

The actor said: “It took me nine months of dialect coaching, and practicing and some ADR sessions (to get the accent right). It was a big torture, so exhausting. My brain was fried.”

‘Blonde’ is based on the novel by Joyce Carol Oates. The drama reimagines the life of Monroe, from her volatile childhood as Norma Jeane through her rise to stardom. The supporting cast includes Bobby Cannavale, Adrien Brody, Julianne Nicholson, Xavier Samuel and Evan Williams. The film will debut in competition at the Venice Film Festival.

The majority of complaints about de Armas’ casting noted that she maintained her Cuban accent, which is not how Monroe sounded. De Armas told Vanity Fair in 2020 that Dominik’s decision to cast a Cuban actor as an American icon was “groundbreaking”.

“I only had to audition for Marilyn once and Andrew said ‘It’s you,’ but I had to audition for everyone else,” de Armas told the magazine. “The producers. The money people. I always have people I needed to convince. But I knew I could do it. Playing Marilyn was groundbreaking. A Cuban playing Marilyn Monroe. I wanted it so badly. You see that famous photo of her and she is smiling in the moment, but that’s just a slice of what she was really going through at the time.”

After moving to Los Angeles, de Armas had English-speaking roles in the psychological thriller Knock Knock (2015) and the comedy-crime film War Dogs (2016), and had a supporting role in the sports biopic Hands of Stone (2016). She rose to prominence with her role as a holographic AI projection in the science fiction film Blade Runner 2049 (2017). For her performance as nurse Marta Cabrera in the mystery film Knives Out (2019), de Armas was nominated for the Golden Globe Award for Best Actress in a Comedy or Musical and won the Saturn Award for Best Supporting Actress.