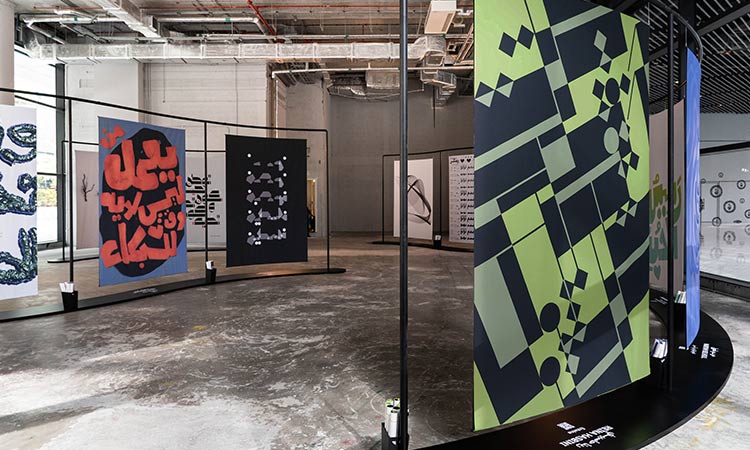 ICD Brookfield Place, Dubai, has announced the winners of the first edition of Tasmeem, an annual graphic design and poster exhibition and competition. The works of the selected 12 regional designers were unveiled on July 25 and will be on show till August 26.

The winners of Anti-Type, the theme of the inaugural edition, were selected following an open call for original works of graphic art and typography by a committee of experts including Graphic Designer and Type Designer Wael Morcos; Type Designer and Multidisciplinary Artist Ali Almasri; and Curator & Public Programmes Designer, Daniel H. Rey.

Curated by Graphic Designer and Art Director, Jenan Saleh, the exhibition takes the notion of ‘anti-type design’ as a starting point. The poster designs on display use letterforms as a tool to tell stories in fresh ways, exploring new horizons in type design.

Commenting on the exhibition, Rob Devereux, CEO of ICD Brookfield Place said: “We are excited for Tasmeem to continue to support young regional talent in its annual showcase.” Selection Committee member Rey said that “this year’s selected designers are presenting their ideas in a multidisciplinary way, intersecting their non-conformist design practices with the fields of biology, data science, urban planning, civil engineering, and social sciences.”

Anti-Type aims to foster a deeper understanding of how letters are designed and facilitates a discourse related to the history, present, and future of type design. Throughout the long history of type design (the art and process of designing typefaces), people have used many tools at their disposal to make type legible and beautiful — from brushes to woodblocks to metal plates to digital software. 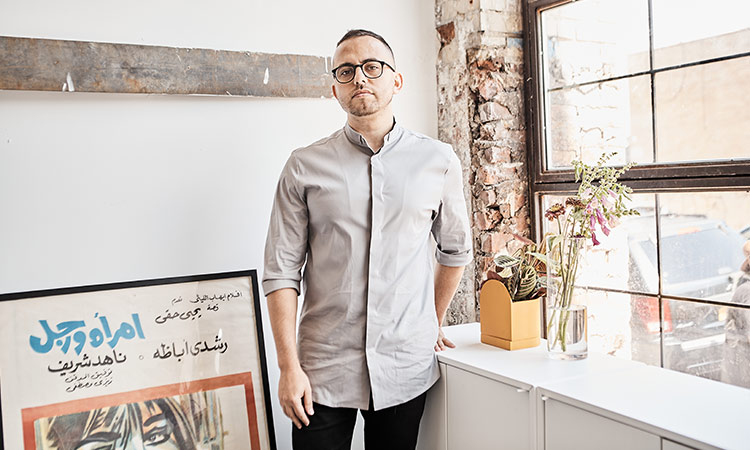 Wael Morcos is a graphic and type designer.

The exhibition sheds light on how the field of type design is ever-evolving, especially in the digital age, where access to a variety of typefaces encourages experimentation.

Almasri is a type designer and multidisciplinary artist based in Amman, Jordan. In 2014, he launched his own type foundry under the name Abjad. Rey advocates for #YouthCuratingYouth and cross-pollination in the Global South. His work in exhibitions and public programmes balances institutional and grassroots presence across the Americas, the Arab Gulf, and Scandinavia.

He recently launched Almacen/Armazem, a multimedia research project archiving and exhibiting creative practices related to Latin America and the Arab world. Morcos is a graphic designer and type designer from Beirut, Lebanon, and a partner at the Brooklyn-based design studio, Morcos Key. He has spent time developing identities and Arabic-Latin bilingual typefaces, in addition to working in print and exhibition design. Saleh is a Palestinian designer, art director, and artist based in Sharjah. Her work embraces a wide range of creative practices, and her main interests lie in the spaces where diverse media intersect.

Saavedra has a cross-disciplinary practice, working on the frontiers of art, craft, and design. Born and bred in Colombia, she moved to Dubai in 2020. She combines personal studio practice alongside research, writing and other professional projects, in a range of fields such as fashion, art, and trend forecasting. 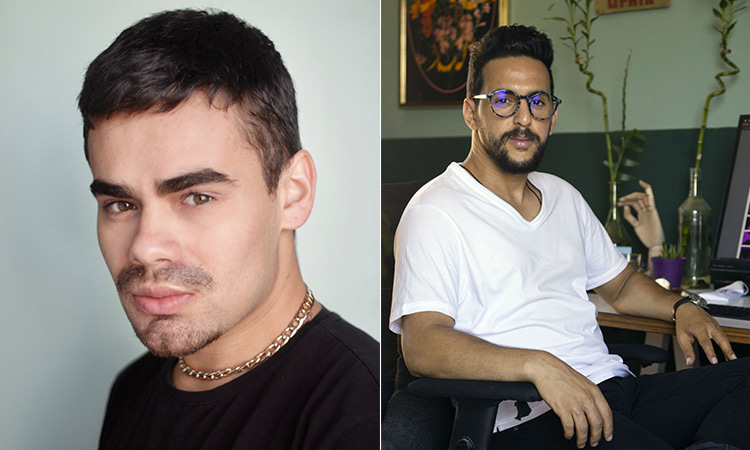 Collins is a visual designer, researcher, and educator. Her research interests are at the intersection of design, cognitive science, sustainability, and health, and on what kind of design can transform human behaviour. Artist, illustrator, and calligrapher, Khamayseh was born in Palestine and began his career as a graphic designer for advertising agencies in Palestine. In 2013, he moved to the UAE. He joined Tashkeel three years later as a Senior Graphic Designer.

He receives many private commissions and is an active teaching artist, regularly delivering workshops for children, young people, and adults. Ghannoum is a graphic designer based in Belgium and has primarily worked on the topic of developing identities. Belhoul is an Emirati Graphic Designer. Her design inspiration stems from storytelling and her experiences.

Dubai-based Syrian motion graphics designer Khalil has been working in the media industry since 2010. He started with 3D art at age 15 and later expanded his work into animation, photography and video. Abed is a graphic designer from Cairo, Egypt; the scope of her work focuses on editorial design and crafting visual identities.

Wassef is a graphic designer and artist from Cairo. Her work spotlights editorial design, type design and visual identities. In 2022, she curated Cairo Type Collective, which supports Arabic type design in Cairo, MENA, and worldwide.

Hasbini is a graphic designer interested in experimenting digitally and exploring new ways of using design as a communication tool. Sayfaiee is an interdisciplinary designer from the United Arab Emirates. Her main interests lie in editorial design, typography, and photography.

Shebl is a Cairo-based designer and researcher who specialises in typography — one of her most prominent works is the Arabic adaptation of the typographic logo for Azza Fahmy and Type Lab. Her work covers visual identity and publication design. Jaouni is a Palestinian communications designer, brand/identity developer, editorial designer and graphic fanatic, with experience in digital and printed media.

Tasmeem was conceptualised by ICD Brookfield Place Arts programme, with the aim of encouraging creativity in the region and expanding the discourse on graphic design by highlighting emerging and established regional talent. ICD Brookfield Place Arts programme strives to create community and opportunity through the transformative power of the arts.