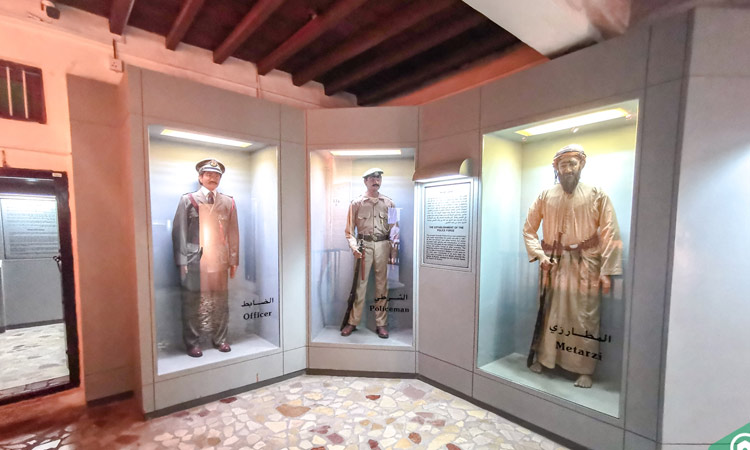 A section in Ajman Museum is devoted to Ajman Police.

Ajman Museum is hosting the ‘Year of the 50th Exhibition’, organised by UAE Armed Forces Museum and Military History Center, for two weeks, starting June 30. It is welcoming visitors from the community, schools, colleges and military institutes, to highlight the armed forces’ history and role, as well as the stages of its evolution from 1950 till its unification in 1976, moving forward to its position today.

Khadija Turki, Acting Director General of Ajman Department of Tourism Development (ADTD), inaugurated the mobile exhibition, being organised in partnership with Emirates’ museums. It started from Ras Al Khaimah, continuing to Fujairah and Umm Al Quwain, and on to the Emirate of Ajman, to resume its tours in Sharjah.

Hosting the exhibition emphasises the importance of the joint cooperation between museums and the armed forces; it also highlights the role of museums in preserving ancient military heritage, stressing the importance of encouraging and sustaining community participation.

Protecting national identity by preserving old military documents and records, as well as ancient archaeological and historical buildings belonging to the UAE Armed Forces, collecting, documenting and studying artifacts (museum collections) associated with the military heritage of the UAE Armed Forces, are also among the priorities. 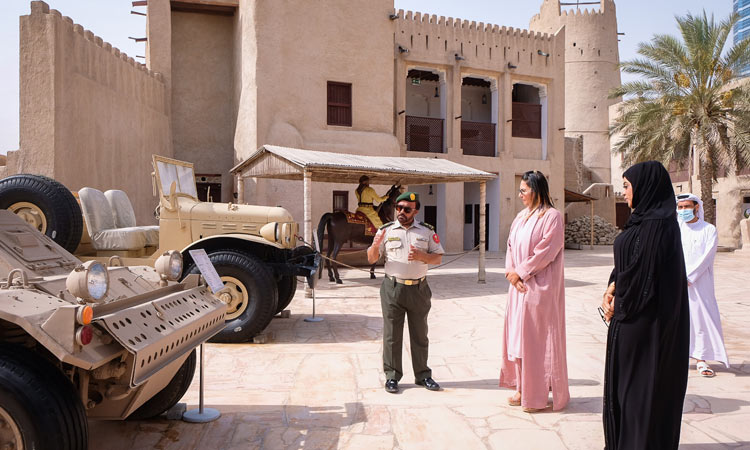 Khadija Turki, Acting Director General of Ajman Department of Tourism Development, during the opening of ‘Year of the 50th Exhibition’ at Ajman Museum.

The exhibition demonstrates the military history of the UAE by displaying various groups of collectables and armored vehicles used in the sixties and seventies, such as armored Vert vehicles, Dodge and the Land Rover. It showcases communications and signal devices, military uniforms used by the “Coastal Force” and “Union Defense Force”, infantry platoon missions, in addition to models of shields and medals of the military forces, and mockups of castles, forts and towers.

The organisers of the ‘Year of the 50th Exhibition’ aim to provide an important source of information for researchers and scholars in the field of military history and develop it as a supporter of scientific research. The exhibition also seeks to preserve the legacy of the armed forces, ensure the right of generations to be informed of military gains, provide leaders and researchers with sources of information about military events and activities, and to familiarise them with the history of the armed forces and its stages of development.

Turki added: “We are delighted to host ‘Year of the 50th Exhibition’ at Ajman Museum, as choosing Ajman Museum to host it stems from the fact that the museum represents a platform for reviving the country’s human and civilised heritage, as the exhibition highlights the collections of the UAE Armed Forces since 1950 till this day, in addition to the changes and development of its armored vehicles and war machinery.”

She said that hosting the military exhibition is a part of the cooperative efforts between government institutions to highlight the country’s historical military legacy, noting that it contributes to enhancing the value of the Ajman Museum, as its portfolio of archaeological collections of various fields, contributes to a significant increase in the number of its visitors, thus encouraging tourism in the emirate.

Ajman Museum, located in the heart of the heritage district, includes several sections that offer a compelling glimpse of Ajman’s past, including archaeology, manuscripts, folk costumes, souvenirs and more. The museum displays are annotated in both Arabic and English.

It is housed in an 18th-century fortress that was used as a stronghold for the Emirates leadership and as the first line of defence. Earlier, it was the Ruler’s palace, before being converted as the Ajman police headquarters. When the fort was renovated, two wind towers and two watchtowers were maintained. A massive gate and two cannons can be seen on the front of the fort.

The museum tells about the local history and heritage, and highlights various aspects of the past. It has displays of lifestyle and traditional professions, including a huge collection of archaeological artifacts, manuscripts and old weapons. One of the most famous displays is an excavated cemetery discovered in the Al Muwaihat area, which features pottery and funeral jewellery dating back as far as 3000 BCE.

This was a former fishing village; Ajman also relied heavily on pearl fishing and there is a section specifically devoted to what was once one of the most important occupations in the region. Ajman Museum was officially inaugurated in 1991 by the late Sheikh Zayed bin Sultan Al Nahyan.

The Museum was recently reopened by Sheikh Ammar bin Humaid Al Nuaimi, Crown Prince of Ajman and Chairman of Ajman Executive Council, featuring its new identity and offering interactive experiences, enhanced by the latest technology. ADTD aims to promote touristic attractions across the emirate of Ajman, and strives to shed light on the features that Ajman has to offer, as one of the leading travel destinations in the UAE.

The department works on developing strategies to improve local, regional, and international tourism in the emirate through planning and implementing global campaigns for tourism promotion, organising and participating in conferences and exhibitions, regulating and developing the tourism industry, and improving the capacities and services of the tourism facilities and businesses operating in the emirate.

ADTD is responsible for setting regulations and legislations required to organise the tourism sector in the emirate, implementing appropriate tourism standards and services for tourists, and issuing licences for travel and tourism agencies and overseeing their operations. 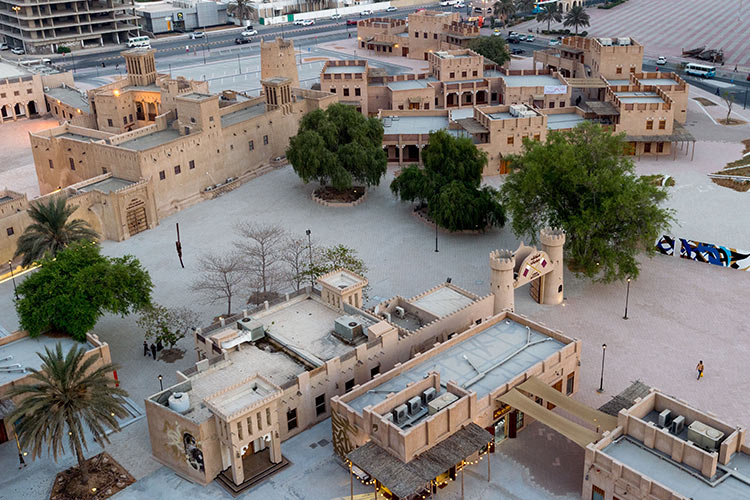