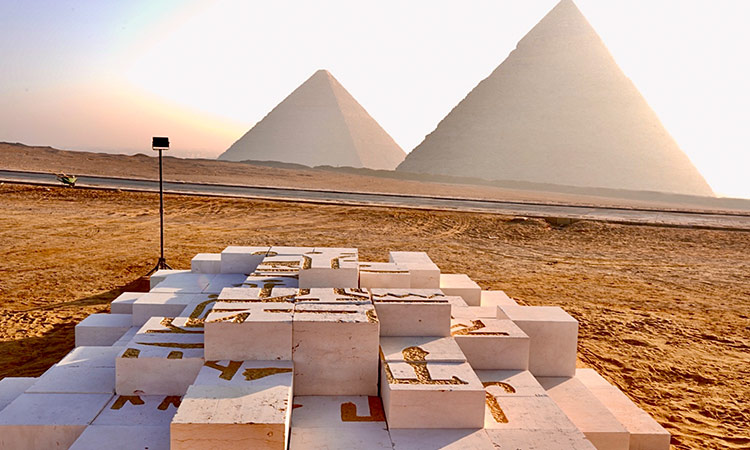 Artwork on view with the pyramids in the background.

Following the success of Forever Is Now, last year’s first international art showcase at the Pyramids of Giza, Egypt, host Art D’Egypte once again turns to artists to translate the wonders of history into the language of the present, by launching a second edition.

Running Oct. 27 — Nov. 30, Forever Is Now II showcases contemporary art and pays homage to the environment, the people and the future.

The exhibition brings together more than eleven ambitious public artworks by international and regional artists, to the monumental Pyramids of Giza.

“We have worked hard over the years to establish Art D’Egypte as one of the region’s premier art consultancies and we are proud to bring you this latest endeavour.” The collective history embedded in the pyramids, a Unesco World Heritage site, is undoubtedly universal in impact. Forever is Now II activates the glory of this and other ancient civilisations and public art’s contemporary significance, connecting the age-old with the new, and the past with the future.

The large-scale site-specific artworks seek to embody the theme of timelessness. The artists, who include JR, Jwan Yosef, Natalie Clark, EL Seed and Ahmed Karaly, express concerns about sustainability in an age of environmental crisis.

Many of their works, made from diverse materials — from fiberglass and steel to stone and marble — are locally sourced and produced in Egypt itself. 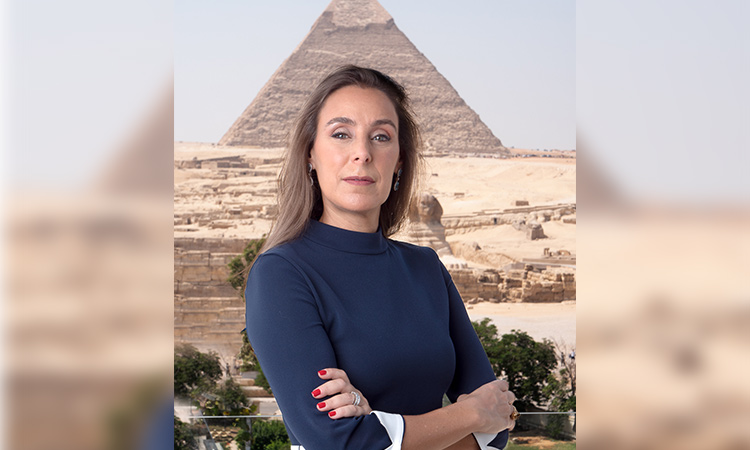 The first edition demonstrated the transformative power of art in historical sites, not only through the number of visitors, but also through its ripple effect on tourists, guides and people from all walks of life.

Forever is Now II builds on this impact and forms a continuum between past and present, preservation and creation, legacy and innovation.

Art D’Egypte strives to be an innovative and forward-thinking platform that acts as a cultural operator, rooted in advocating sustainable development in art through cultural preservation and art democratisation. It is a body that aims to promote Egyptian art on an international level. Annual exhibitions show contemporary Egyptian art at heritage sites, linking a rich past to the creative present.

Its first exhibition, Eternal Light, was held at the Egyptian Museum in 2017, and was followed by Nothing Vanishes, Everything Transforms at the Manial Palace in 2018.

In 2019, Reimagined Narratives was held at four locations along Al Mu’izz Street in Historic Cairo, and most recently in 2021, Forever Is Now became the first international art exhibition to be held at the Pyramids of Giza.

Art D’Egypte Forever Is Now also incorporated a Community Engagement Program that launched in 2020 at the Giza Plateau.

It included involving the surrounding community in the process of putting together the exhibition and arranged free Unesco-led public lectures to train youth as Art Guides and Heritage Guardians for the exhibition’s duration.

In 2020, it also held interactive edutainment activities for students from Giza governorate schools, discussing intangible cultural heritage and how to safeguard it.

A series of exclusive online content aimed to educate, inspire and inform the youth of today through Live chats, a cultural podcast, an IGTV series, an online exhibition on Artsy, alongside two virtual exhibitions and a YouTube channel, are also in its portfolio.

Ghaffar is an Egyptian curator, art consultant and cultural ambassador. Her desire is to enhance the cultural and social development landscape in Egypt.

In 2005, she decided to professionalise her passion by studying curating at the Central Saint Martin school of arts in London and began organising exhibitions in Egypt and Dubai, to promote Egyptian art and artists.

She established the art consultancy Art D’Egypte in 2016, which aims to promote Egyptian art nationally, regionally and internationally.

Art D’Egypte was subsequently invited to participate in Abu Dhabi Art and ArtGeneve. In recognition of her dedication, she was recently invited by UN Women to give a talk at Palais des Nations, Geneva, about Egyptian women and their impact on art and society. She was awarded the title Chevalier de l’ordre des arts des lettres in 2021 by the French government in recognition for her efforts to enrich the art world and was named one of Egypt’s Top 50 Women, an award given annually to honour female figures who have a positive influence on society.

Qatari Diar Egypt has a large portfolio in Egypt comprising various prestigious real estate projects throughout the capital city of Cairo all the way to the Red Sea, including CityGate, the St. Regis Hotel and NEWGIZA, located in West Cairo, on the Cairo-Alexandria Road. 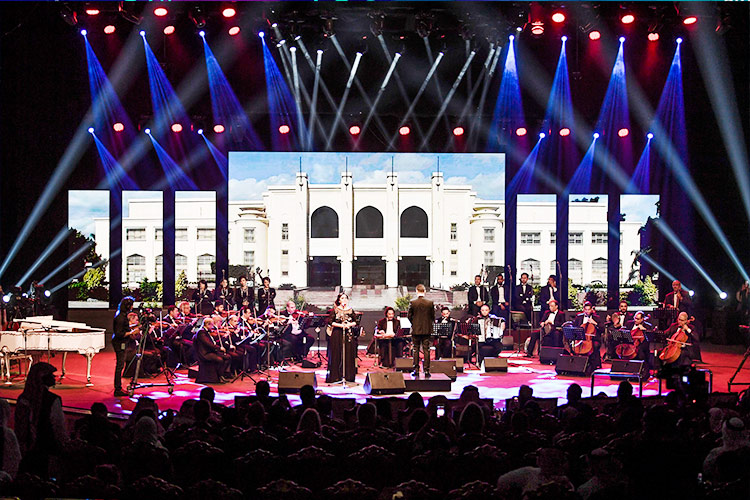 Fatima Said made her singing debut at 14 at the Cairo Opera House and had progressed to become the first Egyptian soprano to win a scholarship to study at the prestigious academy of the world famous La Scala opera in Milan. 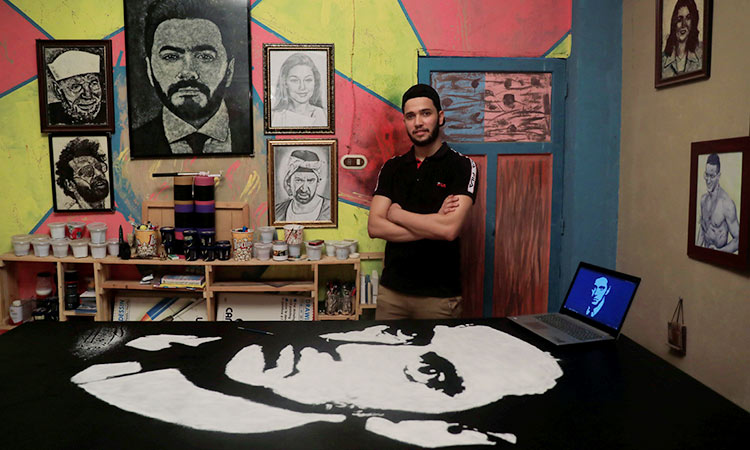