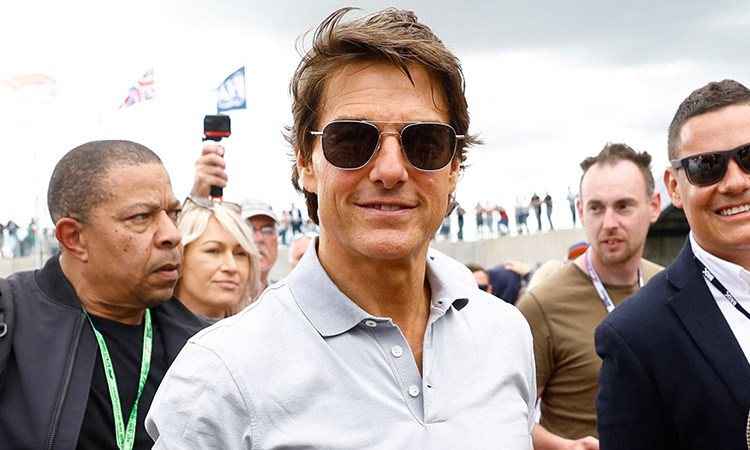 In the image, Cruise can be seen dangling from an airborne red biplane.

According to multiple reports, the photo was most likely taken during the filming of the forthcoming seventh Mission: Impossible movie, Dead Reckoning Part One, the penultimate film in the franchise.

Cruise is famous for doing the most dangerous movie stunts himself, according to the Independent.

During a live Q&A event at Cannes Film Festival this year, when French journalist Didier Allouch asked the ‘Top Gun: Maverick’ star: “You are a family man with children! Why do [the stunts yourself]?” 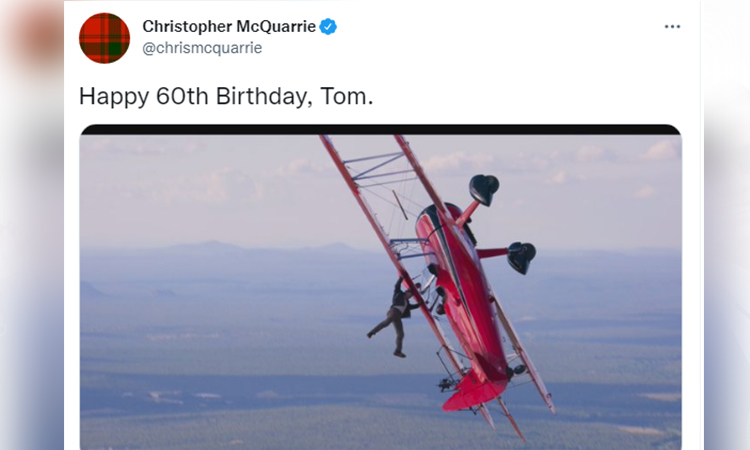 Cruise replied: “Would you ask Gene Kelly why he does his own dancing?”

Last year, Cruise was spotted filming one of the stunts for Mission: Impossible 8. He was photographed climbing out of a plane’s cockpit and onto its wing while 2,000 feet in the air.

For his most recent film Top Gun: Maverick – in which Cruise is reprising his role as naval aviator Captain Pete “Maverick” Mitchell more than 30 years after the original iconic 1986 film – the actor was determined to make the flying sequences as real as possible, meaning he was actually filmed inside F-18 fighter jets, while literally piloting them.

In 2017, Cruise also famously broke his ankle while jumping from one building to another in Mission: Impossible – Fallout, after which he got up and finished the scene.

For Mission: Impossible 7, Cruise reportedly trained for an entire year to perfect one of the stunts where he performs a motorbike jump off a cliff into a valley in Norway.

In the lead-up to the stunt, Cruise had 500 skydiving sessions and did 13,000 motorbike jumps. The shot itself was captured on the first day of filming.

Speaking in the featurette, Cruise said: “This is far and away the most dangerous thing I’ve attempted. We’ve been working on this for years. I wanted to do it since I was a little kid.”

Director Christopher McQuarrie added: “The only thing that scares me more is what we’ve got planned for Mission 8.”

In the franchise’s previous instalments, Cruise has climbed cliffs in Australia with his bare hands, clung to a moving plane and climbed the tallest building in the world, the Burj Khalifa in Dubai.

The violation apparently happened on the London sets of the new "Mission: Impossible" movie, with Cruise telling crew members they would be fired if they did not obey the rules.