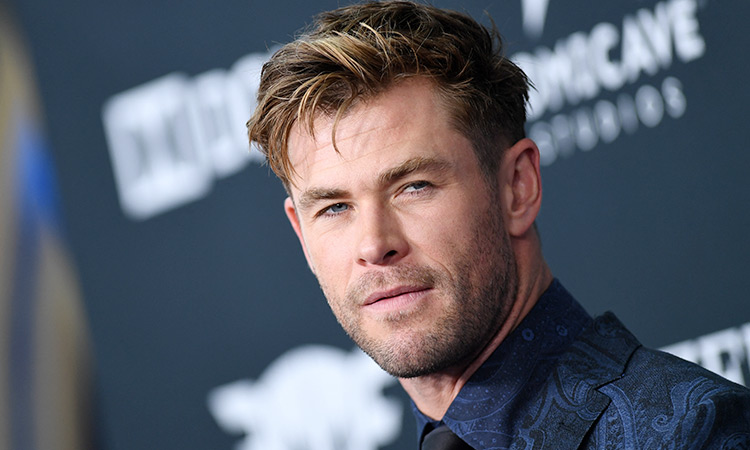 Chris Hemsworth poses for a photograph.

Chris Hemsworth has revealed that his son and daughter are in new film “Thor: Love and Thunder.”

However the Australian actor hopes they won’t enjoy the taste of acting too much, stating: “I don’t want them to be child stars.”

The new film, from director Taika Waititi, is the next Marvel Cinematic Universe (MCU) film set to be released after “Doctor Strange in the Multiverse of Madness.”

It will see Hemsworth return as the popular character alongside Natalie Portman, Tessa Thompson, the stars of Guardians of the Galaxy and Christian Bale, who is on villain duties.

Speaking ahead of the film’s release, Hemsworth confirmed to entertainment reporter Kevin McCarthy that his 10-year-old daughter India Rose, and one of his eight-year-old twin sons appear in the film.

India Rose plays the small role of Love, while Tristan can be glimpsed at the beginning of the film’s trailer as a young version of Thor.

Hemsworth said that they “really wanted to be in it”, as did Waititi, Bale and Portman’s children.

He described it as “a special experience we had”, stating: “They loved it. They had a great time.”

But, if the actor has his way, that will be the extent of their career in acting – at least until they get older.

Hemsworth recently shared the one condition he had for signing on to the new movie having believed previous film “Thor: Ragnarok” (2017) would be his final time playing the character.