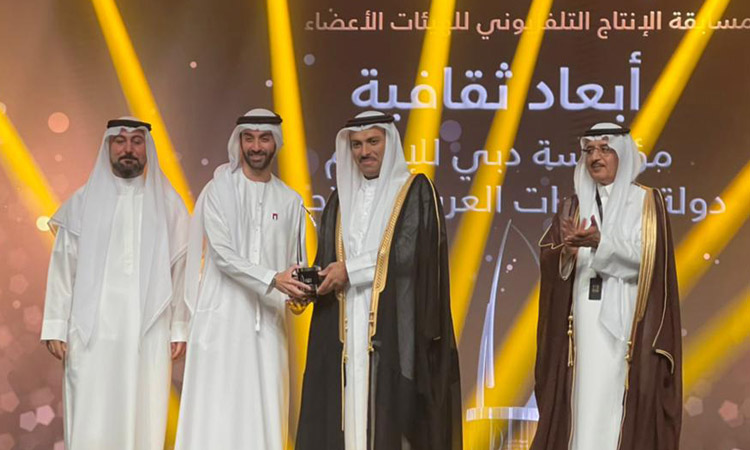 The festival took place from June 21st to 23rd, with the participation of various government and private radio and television entities from the GCC.

The UAE’s state media organisations have won 18 awards at the 15th Gulf Radio and Television Festival hosted by the Kingdom of Bahrain. The festival took place from June 21st to 23rd, with the participation of various government and private radio and television entities from the GCC.

The silver went to the popular radio programme "Al Atheer" in the variety programme category and the radio series "Khattar al-Hana" won a silver in the comedy drama category. Dubai Media Incorporated won the "Flashes" Advertising Space Award, which was won by "Al Atheer Expo".

The award for the best Community Drama went to the Gulf series "Sama Alia", and for the Award for Cultural Programmes (Gulf Identity) went to "Cultural Dimensions". In the films category, "A Small Dream", produced by Cinewaves Films from the UAE, won the Short Narrative Film Award.

On this occasion, H.E. Dr. Rashid Khalfan Al Nuaimi, Executive Director of the Media Regulatory Authority at the Ministry of Culture and Youth, said in a statement: "These awards are a culmination of the efforts of various media outlets in the country.

These achievements reflect the progress of the UAE media, which provides meaningful and constructive messages, based on the high media standards upholding the aspirations, knowledge and culture of our society."

"These awards are an impetus for our media outlets to continue creating meaningful content based on intellectual, cognitive and cultural values. We look forward to building on these achievements and benefiting from all the experiences to develop tools and standards that are consistent with the identity of our Arab and Gulf societies in the future."

The state delegations participating in the Festival included officials and administrators from Abu Dhabi Media, Dubai Media Incorporated, Sharjah Broadcasting Authority, and Ras Al Khaimah Radio, and presented more than 30 entries and attended a number of seminars and workshops. The delegations also participated in the exhibition which was a part of the Festival.

There were four categories for series and radio programming for private sector stations, in addition to several competitions in the field of digital media, short films for students and amateurs.