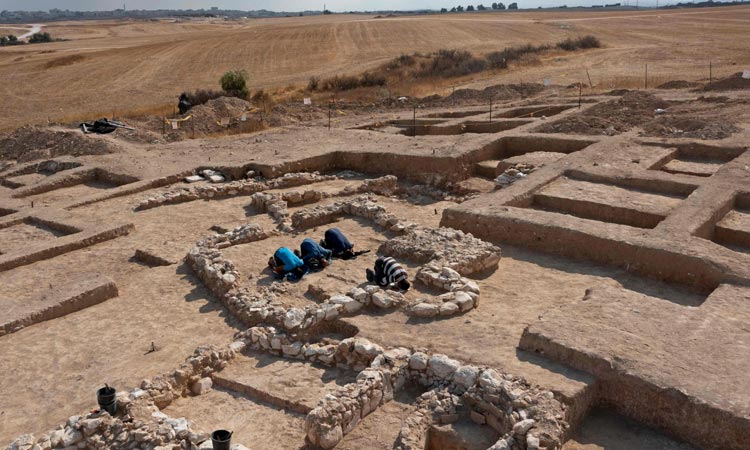 Archaeologists have unveiled a rare ancient mosque in Israel’s south that experts have said it sheds light on the region's transition from Christianity to Islam.

The mosque located in the Negev desert contains "a square hall and a wall facing the direction of Makkah, "with a semi-circular niche in this south-facing wall.

“These unique architectural features show that the building was used as a mosque,” the authority said, noting that it likely housed a few dozen worshipers at a time.

Some tableware and glassware indicate the wealth of its people.

Three years ago, authorities unearthed another mosque from the same era of the 7th to 8th century AD, defining the two Islamic places of worship "among the earliest known in the world."

The mosques, estates and other dwellings found nearby shed light on "the historical process that took place in the northern Negev with the introduction of a new religion: the religion of Islam and a new government and a new culture in the region,” the IAA said.

"These gradually established themselves, inheriting the previous Byzantine government and the Christian religion which dominated the land for hundreds of years.

The Muslim conquest of the region took place in the first half of the 7th century.

The Israel Antiquities Authority (IAA) said the mosques found in Rahat would be preserved in their current locations, both as historical monuments and as active places of prayer.