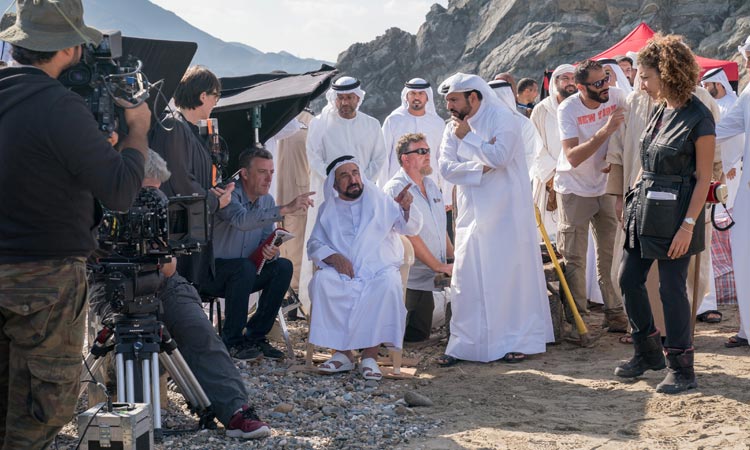 Sheikh sultan oversees the shooting of the movie 'Khorfakkan’.

Khorfakkan, a debut film production by Sharjah Broadcasting Authority and based on a book by His Highness Sheikh Dr. Sultan Bin Muhammad Al Qasimi, Supreme Council Member and Ruler of Sharjah, has scooped three awards at the Athvikvaruni International Film Festival in India.

The Athvikvaruni International Film Festival is held annually in Chennai, the capital of the south Indian state of Tamil Nadu, which is home to the second-largest film industry in India.

Directed by Irish Maurice Sweeney and British Ben Mole, Sharjah Broadcasting Authority's debut film production came to life in partnership with Get Go Films Limited. A team of more than 300 people, including Arab and Emirati artists and producers, worked on the film that was shot on the shores, farms, and mountains within the ancient city of Khorfakkan by Irish director of photography, Richard Kendrick. The venues were carefully selected to be as close to the actual sites of the 1507 events, as possible.

The film was screened in cinemas across the UAE and on online platforms, in addition to being aired on flight entertainment channels on national and GCC carriers.

The film highlights the epic resistance by Khorfakkan's inhabitants during a ruthless Portuguese invasion in 1507 led by naval commander General Afonso de Albuquerque. The story continues 27 years later when, on February 13, 1534, Portuguese commander Don Georges de Castro, launched a failed attack on the city once again as the residents of Khorfakkan successfully resisted his efforts.

The film documents the prevailing situation and the local way of life in the city, in addition to showcasing the heroism and undaunting spirit of the city’s ancestors, which shone through the Portuguese invasion. 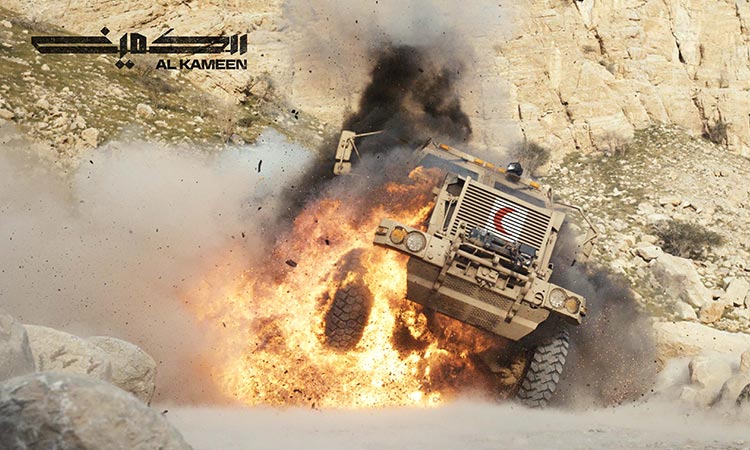 More than 400 cast and crew members were involved in Al Kameen, which was filmed entirely in the UAE, making it the largest Arabic-language feature film production ever in the GCC.