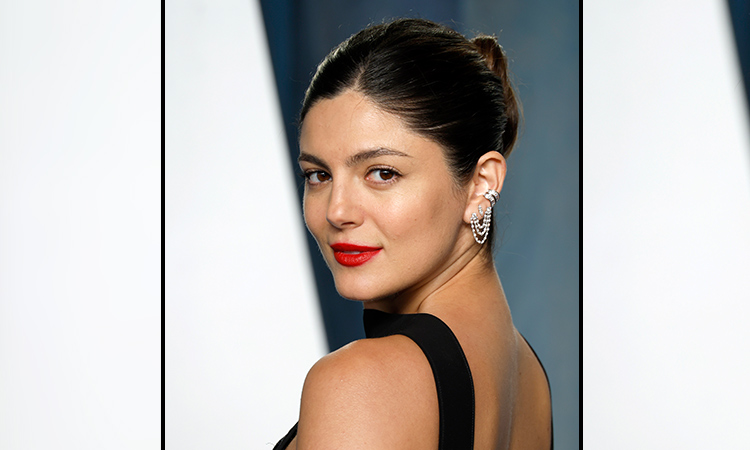 Monica Barbaro at the Vanity Fair Oscar Party at Wallis Annenberg Center for the Performing Arts on March 27, 2022. AFP

“Top Gun: Maverick” star Monica Barbaro helped the high-flying film franchise reach new heights through her portrayal of a groundbreaking character. The actress says it was “a huge honour” to represent female Navy pilots with her depiction of Natasha “Phoenix” Trace, a graduate of the Top Gun academy with a reputation for having her colleagues’ backs.

She worked with real-life women aviators to prepare for the film, which soars into theatres on Friday. “It immediately was like, OK, I have really big shoes to fill with the character,” Barbaro told the Daily News. “But I lucked out. Everyone really wanted Phoenix to be the best, so everyone put forth the effort.” The United States didn’t allow women to fly in combat for the Navy until 1993 — seven years after the original “Top Gun” movie came out. Barbaro, 31, describes Phoenix as “extremely talented” and “more than capable,” and says she relished reflecting the “incredible” women who helped her design the character. “They were just so great, so generous with their time as resources, and also just really cool,” Barbaro said.

“It’s a lot of pressure because as one woman, it feels like you have to represent all women in some way, but that just isn’t reality,” Barbaro said. “That doesn’t make any sense, so you have to just make some choices about the character. Different women go about the job in different ways, but what we chose for Phoenix was what was best for the story as a whole.”

Barbaro’s character is one of the elite young pilots trained in the movie by Tom Cruise’s Pete “Maverick” Mitchell ahead of a high-stakes mission with global consequences. Miles Teller, Glen Powell and Lewis Pullman also star in the film. Making “Top Gun: Maverick” was the ride of a lifetime for Barbaro, who remembers being blown away the first time she watched the 1986 movie as a college-aged aspiring actress.

“I remember thinking I would love to be in a movie like that someday,” Barbaro said. “The greatest thing that’s come of all this is that I never expected that role would be as a pilot, so that’s been awesome.” Working with Cruise was a thrill as well for Barbaro, who underwent an intense training program designed by the actor that prepared her to shoot all of her scenes inside the cockpits of actual fighter jets that were flown by real-life military pilots.

“It makes you start believing that you are capable of things that you never thought you would be,” Barbaro said of working with Cruise. “He found a group of people who were very ambitious and hardworking, but also then he trusted us with a lot, because he’s the most ambitious, hard-working person on the planet, and he expects that from everyone around him as well.” The San Francisco-born actress — who previously portrayed Cora Vasquez on the comedy-drama series “The Good Cop” — says Phoenix is “one of the best” of the Top Gun trainees, and hopes the character can “evoke a feeling of trust.” 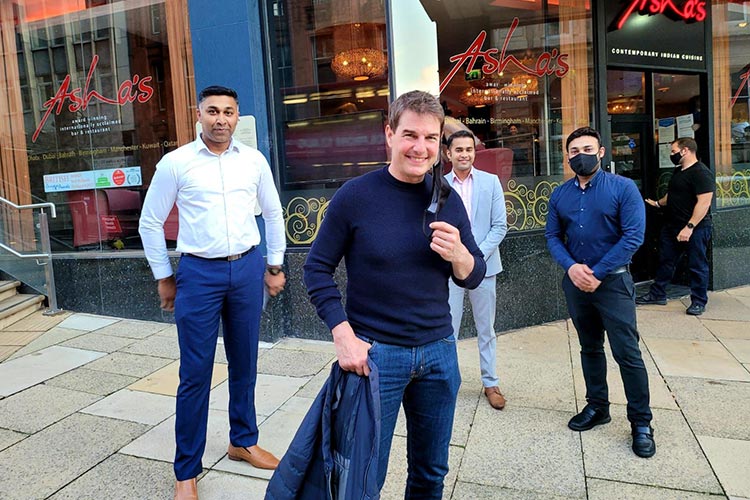 Hollywood star Tom Cruise gets curried away at Dubai-born Asha's

Cruise loved the curry so much that he ordered a second round, which he shared with his friends.