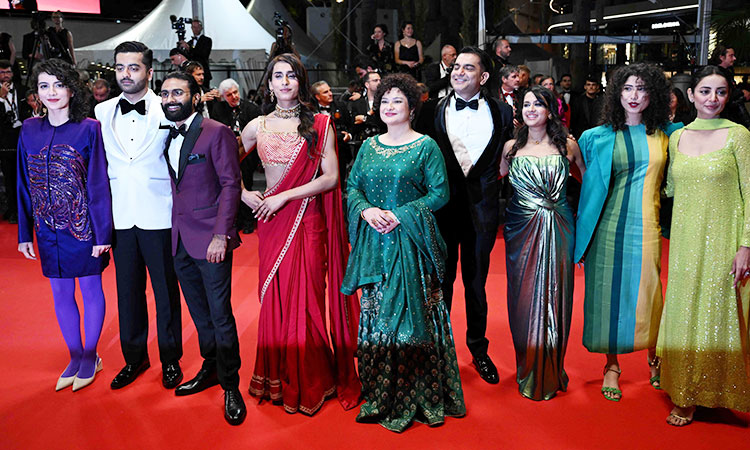 A video from the prestigious event is making rounds on social media in which the director Saim Sadiq can be seen gleaming with happiness upon receiving the felicitations for his remarkable job, reports geo.tv. For the unversed, the film has been selected for the Un Certain Regard category. 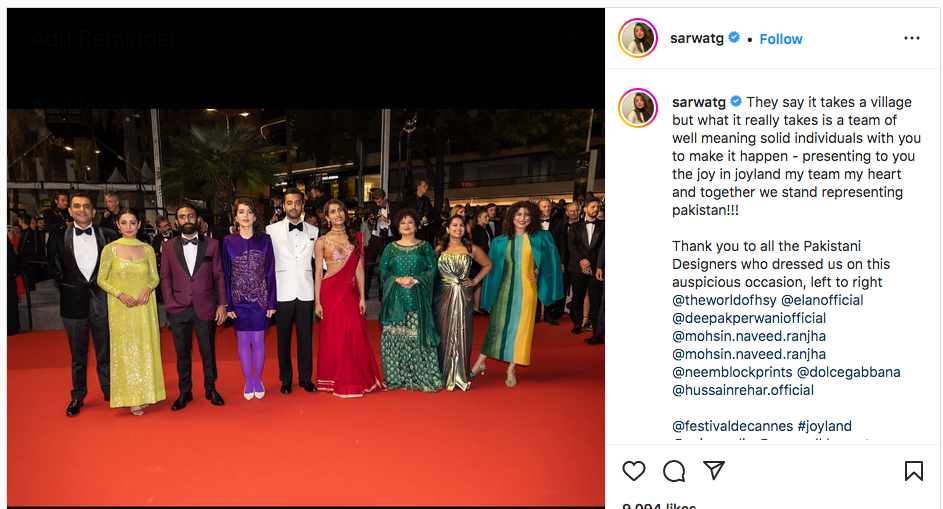 The cast and crew represented the country as they arrived at the star-studded glamour-filled event.

"It felt like the hard work that people do, the struggles that we face as artists in Pakistan, they've all come to be worth it," Gilani told Reuters on Tuesday. 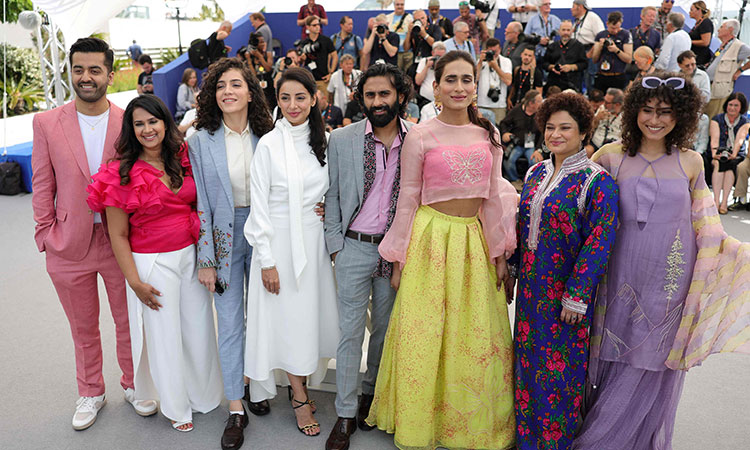 Photocall for the film 'Joyland' in competition for the category Un Certain Regard at Cannes Film Festival. Reuters

Meanwhile, other stars of the film fraternity including actor Osman Khalid Butt and director Nabeel Qureshi have been showering congratulatory messages on the 'Joyland' team for a moment of pride.

Gilani, a film and TV star best known for her latest series "Churails," plays Nucchi in "Joyland," which competes in the "Un Certain Regard" section, a competition focused on more art-house films that runs parallel to the main "Palme d'Or" prize. 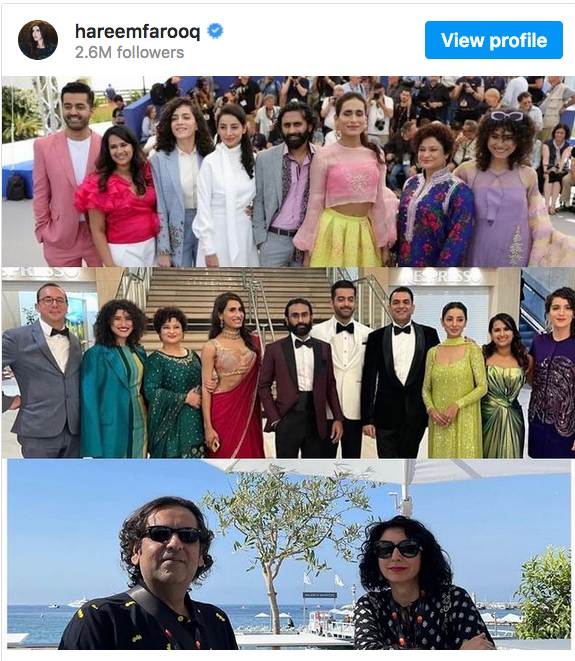 Nucchi belongs to a household that has long hoped for the birth of a son to continue the family line, with the consecutive birth of her three daughters not enough to please her conservative father-in-law.

And her brother-in-law Haider secretly falls in love with a transgender woman Biba, who fights for her right to work as a performer. 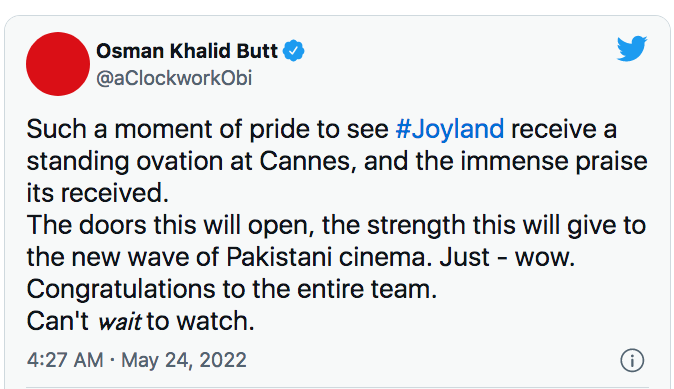 "Joyland" also explores the frustration of women seeking to pursue a profession, when Haider's wife Mumtaz falls into a depression for being forced to stay at home and do household chores and stop working as a make-up artist.

"It's not just about a love story anymore. It's about real-time issues, real life issues that we all go through," Gilani said. "Having a woman, a trans, represent that sector of the society, I think it's a really good step in the direction where we can say we can write progressive stories." 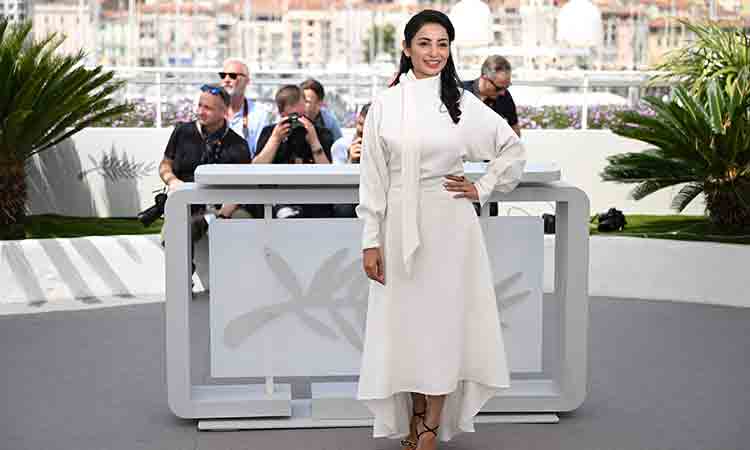 Sarwat Gilani attends a photocall for the film 'Joyland' in Cannes. AFP

Gilani said she hoped Pakistani movie-goers and critics would give "Joyland" as warm a reception as it received in Cannes.

"I'm very positive that at least our people will understand that this is also a kind of cinema that can be successful. If worldwide, then why not locally, nationally," she said.

The cannes Film Festival runs from May 17 to 28, with the prizes awarded on the last day. 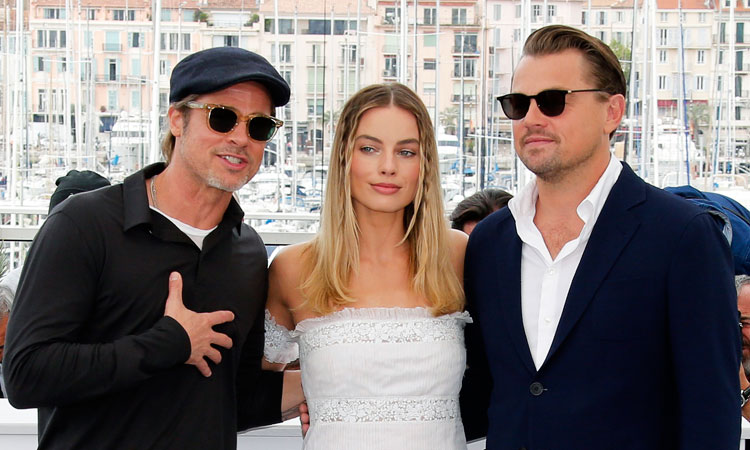