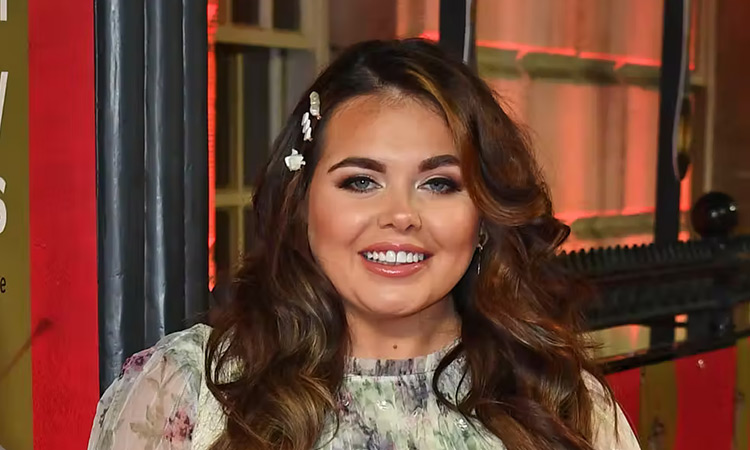 Scarlett Moffatt poses for a photograph.

Scarlett Moffatt has opened up about her mental health struggles after appearing “I’m a Celebrity... Get Me Out of Here!” in 2016.

The reality TV star claimed that she wanted to “disappear” after being in the spotlight and became “very, very anxious”.

Moffatt was crowned the winner of the 2016 series of the hit ITV reality show, beating celebrities including comedian Joel Dommett and Emmerdale star Adam Thomas.

After the show ended, however, Moffatt’s mental health deteriorated and she became unable to leave her house for days at a time.

Speaking to “Hello!” magazine, Moffatt recalled: “I suddenly felt as if there was a magnifying glass on me and everyone in the UK had an opinion of me. Everything I did, I felt like it was criticised, and I didn’t quite feel like I was getting anything right.

“I’d just won a show that was really well perceived by everyone and I was so grateful for it, everyone thought I was living the dream and I didn’t want to shatter that illusion,” she said. “I felt like, ‘What’s wrong with me? Why can’t I just enjoy this moment?’”

She continued: “It felt like everyone – it wasn’t – but it felt like the whole of the UK had an opinion about me. I became very, very anxious and I remember cancelling a couple of bits of work because I didn’t want to hear what people had to say and I felt like I was cheating at the job. ‘How did I manage to get this job on TV?’”

Moffatt credits a phone call to the Samaritans with helping to give her the confidence to “openly start the conversation with my Mum and Dad” before seeing a GP.

She now works as an ambassador for the charity.

“Believe me, I’ve been in a place where I’ve felt like I just wanted to disappear for a little while and come back when things had calmed down,” she said. “But life can be a wonderful place.”