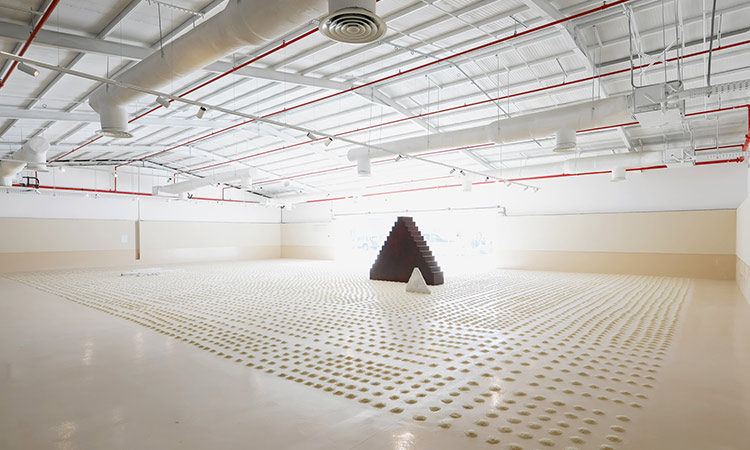 An installation at Feeling the Stones exhibition.

The Diriyah Biennale Foundation (DBF) has announced that the inaugural Islamic Arts Biennale will take place in Jeddah in early 2023.

The first event of its kind, the new Biennale will showcase the art and creativity of Islamic culture, past and present. It will champion innovation while supporting continuing traditions and encouraging the preservation of skills. Exploring spirituality in the aesthetic realm, it will celebrate both shared heritage around the globe and diversity of artistic expressions and forms. By inviting artists from around the world, it aims to provide new dialogues and insights.

The location of the first Islamic Arts Biennale, originally planned for Riyadh, will now be the city of Jeddah with its historic and continuing significance as a gateway to the two holiest cities to Muslims across the world, Mecca (officially Makkah Al-Mukarrama) and Medina (officially Al-Madinah Al-Munawwara). The wealth of historical sites such as Bab Makkah, combined with the diversity of the city’s cultural heritage, complement the Biennale’s objective to interlink past, present, and future. A distinguished international curatorial team has been appointed to oversee the Biennale: Dr Saad Alrashed, leading Saudi scholar and archaeologist; Dr Omniya Abdel Barr, Barakat Trust Fellow at the Victoria and Albert Museum; Dr Julian Raby, Director Emeritus of the National Museum of Asian Art, Smithsonian Institution, Washington DC and Sumayya Vally, Architect, Designer and Principal of Counterspace, a design, research and pedagogical studio, named as the architect primed to shape the future on Time’s 100Next list.

Jane Fonda says being closer to death doesn't bother her

Also, the Ellen Johnson Sirleaf Presidential Center for Women and Development (EJS Center) has announced that it is collaborating with Counterspace’s Sumayya Vally, atelier masomi’s Mariam Issoufou Kamara, and Pan-African Engineering Group’s (PAEG) Karen Richards Barnes, in the design of a state-of-the-art Presidential Center and Library in Monrovia, Liberia. The project is hailed as a landmark in every sense of the word, since never before has a woman president founded and commissioned the design and build of a presidential centre and library. The building will house former President Ellen Johnson Sirleaf’s personal and professional archives.

Referring to the Biennale, Prince Badr bin Farhan Al Saud, Minister of Culture of Saudi Arabia, said that “cultural and artistic exchange are essential in this period of unprecedented growth and development in the creative community in Saudi Arabia. 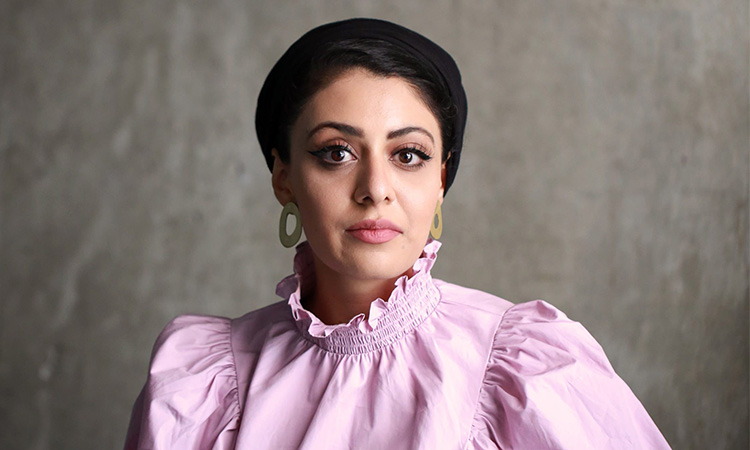 “The Diriyah Biennale Foundation is at the forefront of this cultural awakening and flourishing art scene. Our contemporary edition closed in March after attracting critical acclaim, and the Islamic Arts Biennale represents our next chapter.”

Aya Al-Bakree, DBF CEO, said: “It is a great honour to announce our Islamic Arts Biennale, the first of its kind. It follows another historic moment, when the Diriyah Biennale Foundation presented Saudi Arabia’s highly praised first contemporary art biennale under the title “Feeling the Stones”.

“Our Islamic Arts edition will once again work with leading practitioners and curators to present a contextual display of artworks and installations curated thematically. It will enable broad audiences to experience and learn about Islamic civilisations and their ongoing legacies within the arena of arts.” (Feeling the Stones was held in JAX District, Diriyah,  Dec. 11, 2021 - Mar. 11, 2022).  “I have visited Jeddah as a pilgrim many times,” Vally says. “The location has so much embodied meaning that speaks to both communal and individual experience.”

Born and raised in apartheid-era Pretoria, South Africa, she later went on to study architecture in Johannesburg and in 2015 founded her own interdisciplinary architectural studio Counterspace in the city. Her work draws from multiple disciplines, often exploring notions of archive and pedagogy, as well as the importance of community gathering spaces.

The Diriyah Contemporary Art Biennale was one of Saudi Arabia’s largest and most significant international displays of contemporary art, a platform for global dialogue and exchange featuring more than 60 acclaimed artists from Saudi Arabia and around the world. The mission of the Foundation in establishing the first Islamic Arts Biennale is to celebrate and enrich the cultural and artistic exchange between Saudi Arabia, as the birthplace of Islam, and communities around the world.

DBF will host a biennale every year, alternating between the Contemporary Art Biennale and the Islamic Arts Biennale. Inspired by the changes taking place in Saudi Arabia and the heritage site of Diriyah, DBF plays a critical role in nurturing creative expression and instilling an appreciation for culture, the arts, and their transformative potential.

It aspires to be a catalyst for lifelong learning and serves Saudi Arabia’s communities by offering opportunities to engage with the burgeoning local art scene. At a historical moment of evolution and growth in Saudi Arabia, the Biennales will showcase some of the world’s leading artists, drive cultural exchange between the Kingdom and international communities, promote dialogue and understanding, and further establish Saudi Arabia as an important cultural centre.

The Ministry of Culture is leading a cultural transformation to develop a rich ecosystem that nurtures creativity, unlocks the economic potential of the sector, and unleashes new and inspiring forms of expression. As part of the effort, it seeks to bolster the presence of Saudi heritage and culture at events across the Kingdom and abroad.