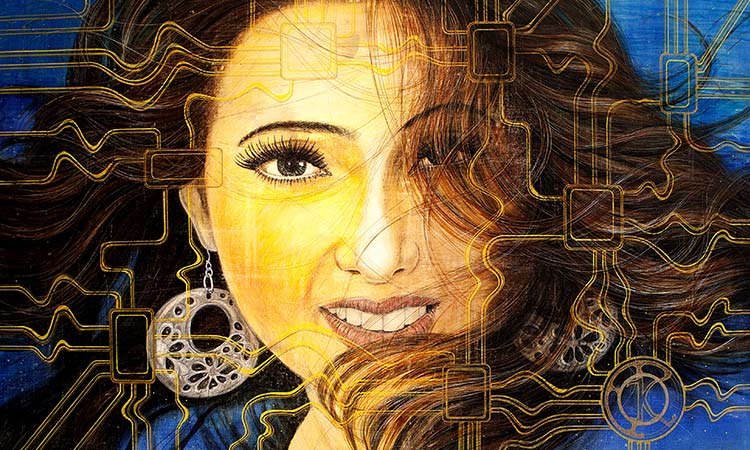 In celebration of International Women’s Day in March, Art4you Gallery held three art exhibitions in three different locations. The exhibition titled Women Empowerment was inaugurated at Picasso Gallery in Dubai (Mar. 24 – Apr. 6). With over 50 pieces by 20 women artists, it was a visual testament to the power of art as a mechanism for empowerment, transcending words and allowing the viewer to get an idea of the theme.

“Art for Women Empowerment was a mission to support women in the art world, their art, and the subjects they paint,” said Jesno Jackson, Co-founder of Art4you and Curator.

“The all-female artists’ show supported women artists and helped bring attention to the lack of female representation in museums and galleries.” The event opened with a ribbon cutting ceremony and welcome remarks by Laila Rahhal, President and Founder of Business Gate and I Am Africa Platform, followed by introductions of featured artists. Jackson added: “I believe that everything can be perceived as Art. I strongly believe that Art carries in it the great power of love and its expression. I’ve tried to put forward social issues that a woman in society faces.” The exhibits were an expression of the adverse situations a female faces, displayed through several paintings. VIP guests congratulated the artists for their work and encouraged people to support their work to raise social awareness. Isha Connected was the second exhibition hosted (Mar. 30 – Apr. 3) at The Workshop, Jumeirah. It was a solo show of renowned artist and Bollywood art director Koushal Choudhary, where he presented Isha Farha Quraishy, Mrs Universe Solidarity 2019, as the soul of his artworks.

Choudhary exhibited 30 pieces, created during the course of 12 months. He balances his professional life as art director along with artistic explorations in painting and sculpture, as well as creates mixed media compositions.

The main theme of his solo exhibition was about ‘Isha’ – what he calls “the mother of the Universe”. ‘Isha’ means “one who protects” in Sanskrit and is considered the power which runs the universe, including planet earth and beyond.

Choudhary’s paintings project dynamic surfaces, with dissolving and emerging forms, rhythmic patterns and textural explorations, saturated with bursts of colour. The style is informed by colour combinations, vivid brush strokes, and other gestural techniques. Jackson, who curated the show, walked visitors through it, revealing the artist’s vision. “Koushal Choudhary employs varied devices to manipulate paint on the surface, establishing rigid boundaries and other times leaving a free flow of pigments,” she said. 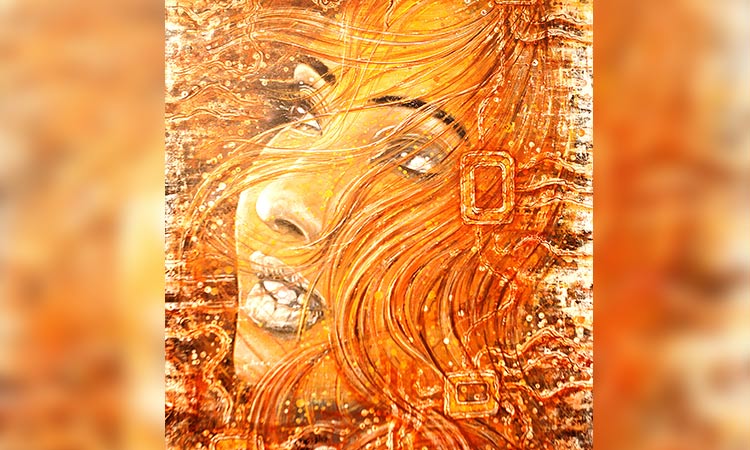 “Adding and subtracting features on the surface, is part of his process; the elements begin with deft drawn lines and results sometimes in impasto layers of ‘Connections’. “Intense colours and textures, linear constructions and spatial formations, establish varied layers and dimensions in these portrait paintings. Each work is filled with a sense of pulsating life, and articulated sentiments that connects one to the Universe.”

A separate dark room exhibited sculptures and small artworks, along with a neon painting that provided focus to the collection. In Choudhary’s ‘Connections’ series, one sees ridges and folds of paint enveloping natural phenomena; it includes the wider cosmos in otherworldly dimensions. His process is meditative; external layers of objects and forms are peeled away to reveal inner energy.

IWD Break The Bias (Mar. 11 – Apr. 11) at The Mall Jumeirah, led Rengi Cherian, Art4you Gallery Co-founder, to say that “when it comes to art, it is still very much a man’s world. “We are proud to be part of the campaign #BreakTheBias#iwd. In the UAE, one can discover and connect with diverse cultures and people, each one having a different and unique voice. “When we explore and engage with different cultures and genders through art, we learn something not only about the artist, but also about ourselves. “15 artists from 11 nationalities have captured the need for women empowerment connecting with this year’s theme #BreakThe Bias.”

Russian artist Tatiana Gurova elaborated on the idea behind her work. “Empowerment of women is critical for a balanced socio-economic development,” she said. “Social, cultural, and family pressures on women are often the reasons behind gender inequality. Such pressures lower the career ambitions and dreams of women.”

Talking about the inspiration behind her painting Floral, Emirati artist Roa Al Madani said: “Just like flowers, strong women rouse a sense of admiration. My objective is to show the beauty of nature by using vibrant colours and nurture it, instead of destroying it. I’m part of nature and nature is part of me; that’s why I show my love for it in most of my artworks.” Jackson concluded: “Art plays a major role in society, and I believe it is important to use its influence to promote the fight for women, both inside and outside the art world.

“The fight for equal rights for all women includes same standards for women and men within the workplace and a world where women are viewed as equal to men, socially, politically and economically.” Art4you Gallery is a multicultural platform with a mission to promote the exchange of art between UAE and other countries and to create learning and exhibition opportunities for artists. It tries to incorporate multi-cultural artists to build platforms to showcase their talents all over the globe. Over 2,000 artists are on its roster. So far, the gallery has hosted 165 art exhibitions, in a period of six years.