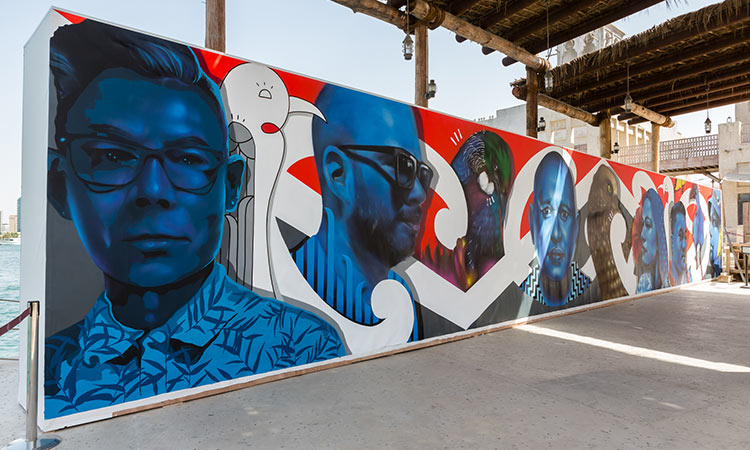 A mural at Sikka Art and Design Festival.

Exquisite contemporary designs, bright colours and attractive lighting have distinguished the visual identity of Sikka Art and Design Festival (Mar. 15 – 24) over its nine successive editions. In each edition, the Festival has had a different visual identity, celebrating components of the spirit of Al Fahidi Historical Neighbourhood, its home.

Over the editions, the visual identities have varied from Al Fahidi sky in 2016 to connecting Al Fahidi houses with bright rollercoaster themes in 2017, Al Fahidi birds in 2018, and Al Fahidi House windows in 2019. This year, the Festival is celebrating the Al Fahidi Sidr tree.

The Festival also serves as a starting point for many artists to spread their wings and take their work globally. Noor Khalfan AlRoumi, Sikka Art & Design Festival 2022 Project Manager, said: “After nine editions of Sikka Art and Design Festival, the qualitative additions thus made became evident, both at the level of the artists’ careers who participated in its previous editions and in terms of developing the emirate’s thriving creative scene.

“Al Fahidi Historical Neighbourhood, with its historical and heritage components, has been an inspiring venue for the creative artists participating in Sikka over the course of its nine editions.

“It has acted as a platform where their creativity has sprouted and flourished, while the Festival also thrives in them. The well-rooted and historically relevant Al Fahidi Sidr tree is a perfect visual identity for the Festival, as it honours and celebrates all talents participating in Sikka, who have been with the event since its inception.” The concept is seen in the design of the Festival’s entrance, which was created by Lebanese architect Karim Tamerji, a Dubai cultural visa holder. 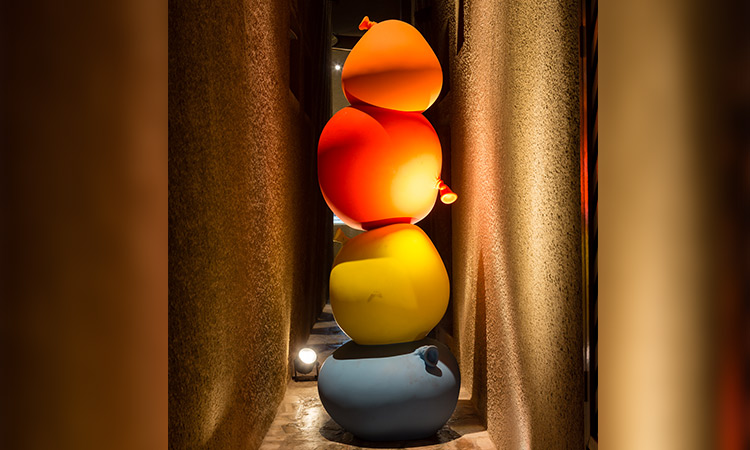 Artwork on display at Sikka Art and Design Festival.

The concept was also activated by commissioning three female artists to create the Sidr Sikka Art Installations, using Sidr trees found in Al Fahidi. The artists are: Shereen Shalhoub from Jordan; Evgenia Silvina from Russia, and Paola Lopez from Mexico. Commenting on the design of Sikka entrance, AlRoumi explained that it is derived from the Al Fahidi Sidr tree and embodies Sikka Art and Design platform, representing a new direction of the Festival, which aims to create an integrated environment for the growth of creative talents and provide access to professionalism.

The design blends the elements of nature and technology, where the formation of the tree refers to the new generation of artists who are set to shape the future of art in the next decade. The rich spectrum of colours reflects the many programmes and foundations upon which the Festival is built.

For this edition of the Festival, eight artists from the UAE and the region have also created murals inspired by the spirit of the Neighbourhood. The Sikka 2022 Murals will serve as iconic long-term artworks, as they will adorn the Al Fahidi Neighbourhood even after the Festival concludes. AlRoumi said that the murals have been made as part of the Public Art Strategy implemented by the Authority, which aims to make Dubai an open-air museum and a perennial global art exhibition.

Dubai Culture commissioned young graffiti artists to do murals in line with its theme ‘Celebrating Art, Celebrating Growth’. They include:

Beauty Tree, showcasing seven murals in design and theme, executed by male and female artists from UAE and the region, led by Emirati artist Saggaf Al Hashemi and his work ‘Al Fahidi Beauty Tree’ that embodies his vision of peace, beauty and love. It is a three-dimensional artwork inspired by the theme of the Festival created with an aim to allow the audience interact with it.

In another mural of the festival, Malaysian-Chinese artist Gary Yong in his work called Tree of Wisdom, combines abstract and figurative styles. Yong’s mural centres on wisdom as a human value. He feels that a single thought or idea can grow and expand, is contagious and has the power to inspire and influence minds.

The I-Live mural by Russian artist Evgenia Silvina and Belgian artist Grimm Van Gestel showcases an android character that radiates its visions to the world by opening multiple perceptions and realities. The projection on the mural consists of various images of nature and computer data, combined with visuals of Dubai life.

Bahraini artist, Mahmoud Al-Sharqawi, known by his stage name Huvil, has created Tech Naash, which showcases a compromise between heritage and technology.

The mural ‘Music Sounds Better with You’ by Bahrain based Egyptian artist Perryhan El Ashmawi, represents the concept of convergence between the spirit of culture and contemporary innovations.

Detailing her idea, she said: “My mural is in line with the Festival’s theme and Al Fahidi spirit, as it explores the beauty that comes from mixing the ancient and modern.”

Unapologetically feminine, the artwork is a melting pot of traditions, cultures, avant-garde fashion, street style and patterns, in a huge explosion of colours.

Along with the participation of the New Zealand Pavilion at Expo 2020 Dubai, a 20-metre mural is being displayed to the public at Al Seef, as an extension of the Sikka Art and Design Festival, before being shipped back to New Zealand. 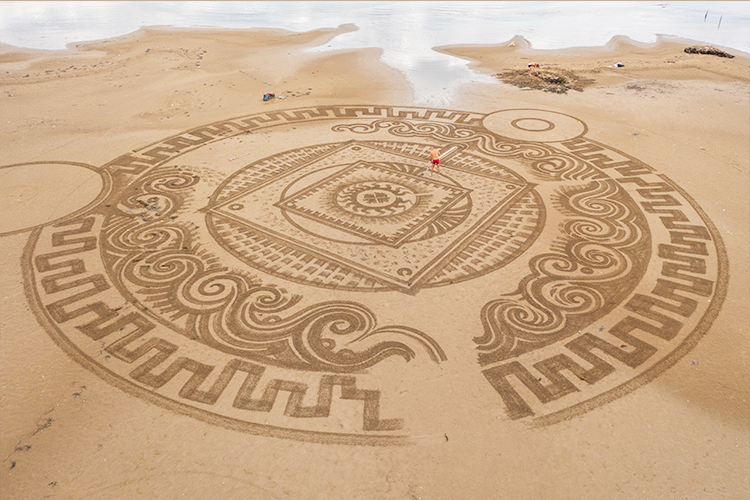 Croatian artist Nikola Faler, who is known as the region's finest sculptor, has wowed people with his artwork again.