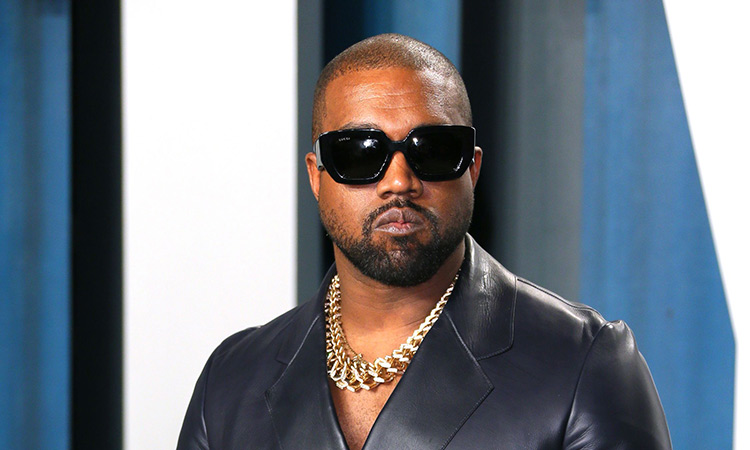 The rapper’s account has been locked for 24 hours by the social media platform after he insulted Noah, the writing partner of Kim Kardashian’s boyfriend Pete Davidson.

Instagram’s parent company Meta views West’s posts as a violation of Instagram’s policies on hate speech, harassment and bullying, according to TMZ.

In his post attacking Noah, West (now known only as Ye) repeatedly referred to him as a “k**n” after the comic said that the situation between West, his ex-wife and Davidson was “terrifying to watch.”

The phrase is described by Urban Dictionary as a Black person who is anti-Black.

The Independent has reached out to Meta for comment.

“There are few artists who have had more of an impact on me than you Ye. You took samples and turned them into symphonies,” Noah wrote.

“You took your pain and through the wire turned it into performance perfection. I thought differently about how I spend my money because of you, I learned to protect my child-like creativity from grown thoughts because of you, s**t I still smile every time I put on my seatbelt because of you.”

He added: “You’re an indelible part of my life Ye. Which is why it breaks my heart to see you like this. I don’t care if you support Trump and I don’t care if you roast Pete. I do however care when I see you on a path that’s dangerously close to peril and pain.”

“Oh and as for K**n…clearly some people graduate but we still stupid,” Noah continued, writing, “Don’t ever forget, the biggest trick racists ever played on black people was teaching us to strip each other of our blackness whenever we disagree. Tricking us into dividing ourselves up into splinters so that we would never unite into a powerful rod.”

Kardashian filed for divorce from West in February 2021 citing irreconcilable differences and was declared legally single on 2 March.

West has made several public appeals to Kardashian to reunite their family; the couple share four children – North, Saint, Chicago, and Psalm – together.

After one of his social media rants against the Saturday Night Live comedian, Kardashian told West he was creating a “dangerous and scary environment” for Davidson.

“Someone will hurt Pete and this will be all your fault,” Kardashian wrote, as seen in screenshots posted by West at the time.