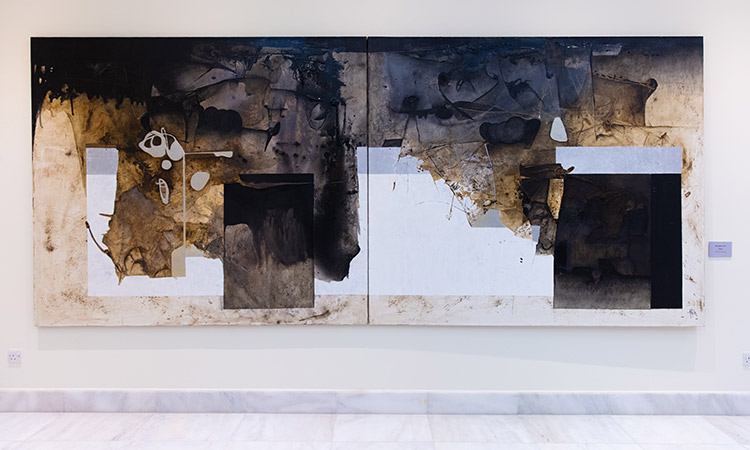 One of Manuel Felguerez’s abstract compositions.

The Embassy of Mexico is currently hosting the eighth art exhibition hosted at its premises. Titled “Trajectories”, it features eleven masterpieces by Mexican artist Manuel Felguerez. It runs till March 27.

Felguerez was a visual artist, pioneer and a major figure in abstract art in Mexico. A tireless and adventurous seeker, he distinguished himself for constantly exploring and innovating through a comprehensive and multifaceted body of work.

Felguerez’s career included painting, planning sculptures, thirty years as a professor, work in theatre and cinema, and handcraft design. He had over 250 individual exhibitions and over 1,500 with other artists. He felt that his most significant work was his sculpted murals and public sculptures.

He worked in both painting and sculpture, specialising in combining sculpture as mural and created sculpted murals in metal for public and private buildings.

Most of them were done early in his career with thirty relief murals, using materials such as scrap metal, stones, sand and shells, and finished by the end of the 1960s.

In his lifetime, Felguerez garnered the highest recognitions and tributes that a living artist could receive, in his hometown, all across Mexico and abroad. The range and uniqueness of his work shape the Museum of Abstract Art that bears his name, one-off in Mexico and Latin America, a true legacy. After returning from a second stay in Paris in the mid-1950s and influenced by the work of sculptors such as Henry Moore, Jean Arp, Brancusi and Ossip Zadkine, Felguerez first decided to be a sculptor.

He began a long journey through art exploring not only sculpture, but also painting, drawing, murals and public sculpture. He also ventured into set design, being a pioneer of digital art in Mexico, and working in the field of research and teaching. At the Abu Dhabi exhibition, some of the most representative stages of his artistic production are showcased, with a selection of oil paintings and prints, spanning nearly six decades. 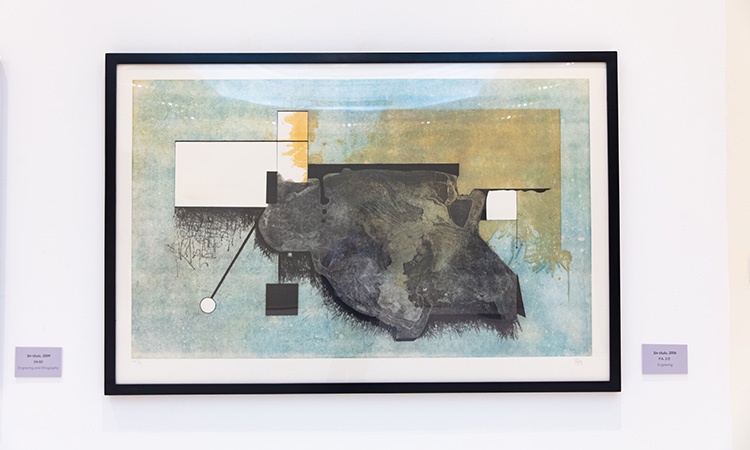 Felguerez was born in Valparaiso and dedicated his life to sculpture and painting. At a young age, he refused the conventional Mexican landscaping technique taught at the famous San Carlos Academy, and moved his studies to La Esmeralda National Plastic Arts School, before travelling abroad to study in Paris. “To speak of Felguerez is to enter the mind of an artist who created his own formal universe in visual arts which reveals a polysemic, avant-garde, dissident and inexhaustible ideology,” say the hosts.

Felguerez became a member of the so-called Generacion de la Ruptura (Breakaway Generation), which brought together artists of varied stylistic orientations, who agreed on the renovation of arts against the traditional Mexican landscape style. His artistic proposal ceased to be a social chronicle and became an expression of individual freedom through diverse themes, resources and mediums working in combination with technology, science and everyday life. In his group, Felguerez occupied a fundamental position and was a primary representative of the movement, while making his way into becoming one of the most prominent Mexican artists of all times. The formation of Felguerez’s style and imagery is closely tied to the various movements of Europe incorporating geometric-constructivist, informalism and abstract expressionism, which he was exposed to in his early training.

He melded these elements into his own style. His work often contains basic geometric figures such as circles, triangles, rectangles and squares, in combinations to form his own “language.” It has been compared to that of Picasso and Mexican painter Rufino Tamayo. He claimed many influences, but did not follow any one specifically. His creations never reference death, because to him art was life. He did not believe that art is necessarily for catharsis and his emotions are not reflected in his work. He characterised himself as a person of constant experimentation, as he believed constant evolution distinguishes the artist from the artisan, who repeats styles and forms. His focus is on aesthetics, and he painted more with the head than the hands. Felguerez described himself as a “producer and seller of aesthetic pleasure.”

His work from the mid-1970s involves the use of computing processes; the subject continues to be geometrical shapes. He used computers to programme designs, experimenting with them as a new medium. In his eighties, he still spent eight hours a day experimenting and working on his art as well as travelling for exhibitions. By the end of the 80s, Felguerez was awarded the National Prize for Sciences and Arts and in 2016, the Fine Arts Medal for his career of constant innovation. For more than seven decades, he was a key figure in the development and evolution of abstract art in Mexico and Latin America.

In collaboration with the National Institute of Fine Arts and numerous artists, he donated a broad collection of works to create the Museum of Abstract Art Manuel Felguerez, located in the city of Zacatecas. The collection includes paintings, prints, enormous murals and public sculptures that are the legacy of a limitless mind. In his career, Felguerez received various national and international awards and recognitions, among which are the Grand Prize of Honor of the XIII Biennial of Sao Paulo, Brazil (1975); the National Prize of Arts of Mexico (1988) and the Commission of the Order Isabel La Católica, of the Spanish Government (2006). He died in Mexico City in 2020.