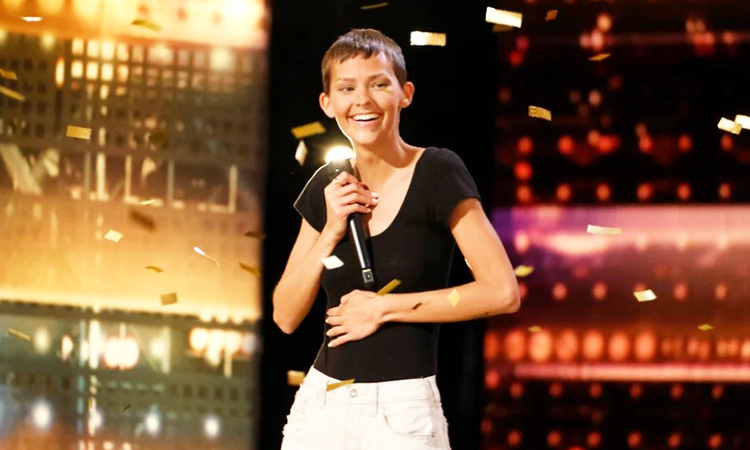 Jane Marczewski poses for a photograph.

"America’s Got Talent" star Nightbirde has died aged 31 of cancer.

The singer – real name Jane Marczewski – appeared on the reality TV series in 2021, but was forced to pull out of the competition in August after her cancer took “a turn for the worse”.

On Monday (21 February), sources with direct knowledge confirmed to TMZ that the singer had died on Sunday (20 February) while undergoing treatment for the disease.

America’s Got Talent host Terry Crews confirmed the news as he paid tribute, writing: “We are saddened to learn about @_nightbirde’s Passing. Our Condolences goes to her Closest Family & Friends in such of This difficult time. We Love you, Nightbirde.”

“We love you. Rest in peace @_nightbirde,” judge Heidi Klum wrote on her Instagram Story.

Marczewski was first diagnosed with breast cancer in 2017, with the disease later spreading to her lungs, spine and liver.

Doctors told her in 2019 that she had just three months to live, but the singer went on to live another three years.

When she initially auditioned for "America’s Got Talent," Marczewski told the judges that she had a two per cent chance of survival, but added that “two per cent is not zero per cent”.

She then performed “It’s OK” – an original song about her health – and received Simon Cowell’s Golden Buzzer. The video of her audition has amassed more than 39 million views on YouTube.

However, despite the Golden Buzzer taking her straight to the live shows, Marczewski was unable to continue on America’s Got Talent after her health deteriorated following the audition.

“I am so sad to announce that I won’t be able to continue forward on this season of AGT,” she wrote at the time. “Life doesn’t always give breaks to those that deserve it – but we knew that already.”

In Marczewski’s final Instagram post, which was shared five weeks ago, the musician said that things had been “pretty brutal”.

“But this is a photo of myself from last week where I felt pretty, and alive, and awake, and human, and real,” she wrote. “I needed that. We’re all a little lost and it’s alright.”