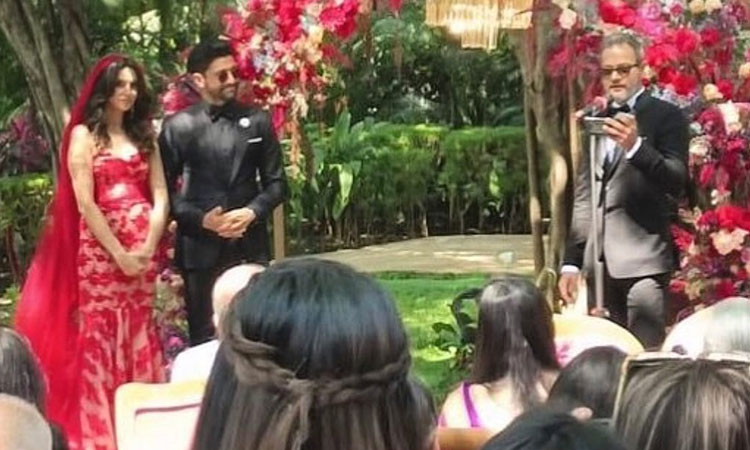 Farhan Akhtar and Shibani Dandekar during their wedding ceremony in Mumbai on Saturday. Photo via Twitter

One of Bollywood's foremost talents, Farhan Akhtar, tied the knot with his long-time girlfriend, reality show regular Shibani Dandekar, on Saturday at his parents Javed Akhtar and Shababa Azmi's Sukun farmhouse in Khandala on the outskirts of Mumbai.

Javed Akhtar, Farhan's father, read out a poem that he had especially composed for the occasion. Farhan was dressed in a black tuxedo; Shibani stuck to a traditional red-and-cream wedding outfit. They read out vows they had written themselves.

After the wedding, the newlyweds were treated to a song by Shankar Mahadevan. The singer sang the title track from Farhan's directorial debut film 'Dil Chahta Hai,’ which got the guests swaying to the music.

On the night before the wedding, Shibani's sister, VJ Anusha Dandekar, danced to the DDLJ number, 'Mehndi Laga Ke Rakhna', with Rhea. Farhan and Shibani had steadfastly stood by Rhea and Shouwik when they were being targeted by the media in the wake of the Sushant Singh Rajput suicide. 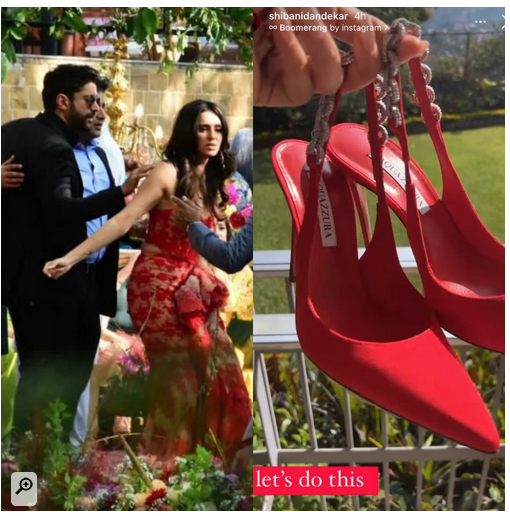 Photos of the couple surfacing on social media suggest that theirs was a contemporary event where they exchanged vows under a flower arch in the garden of the farmhouse.

This is 48-year-old Farhan's second marriage. Adhuna Bhabani, hairstylist and founder of BBlunt, is his first wife and mother of their two daughters, Shakya (22) and Akira (15).

Farhan and Shibani first met on the sets of the 2015 reality show 'I Can Do It,’ which the actor-director-singer had hosted. The two started dating soon thereafter and made their first public appearance as a couple during Ranveer Singh and Deepika Padukone's wedding reception.

Shibani started life as a singer — she and her two sisters had a band named D-Major — before turning into a model and reality show regular (she's a former 'Khatron Ke Khiladi' and 'Jhalak Dikhla Jaa' participant). She was also one of the television hosts of the 2019 ICC Cricket World Cup held in England and Wales. 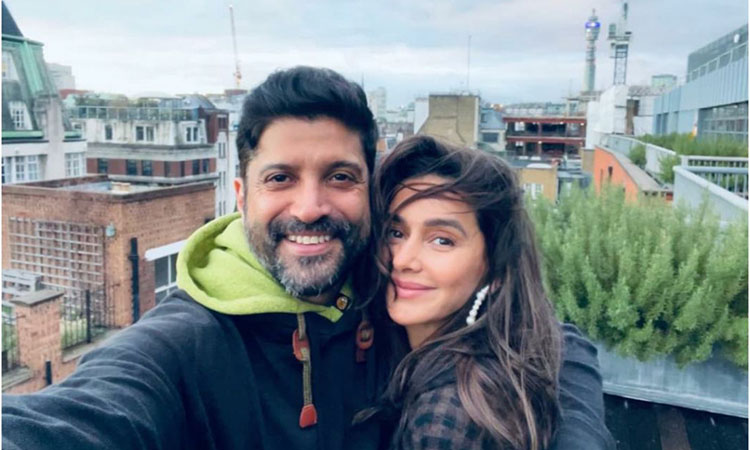 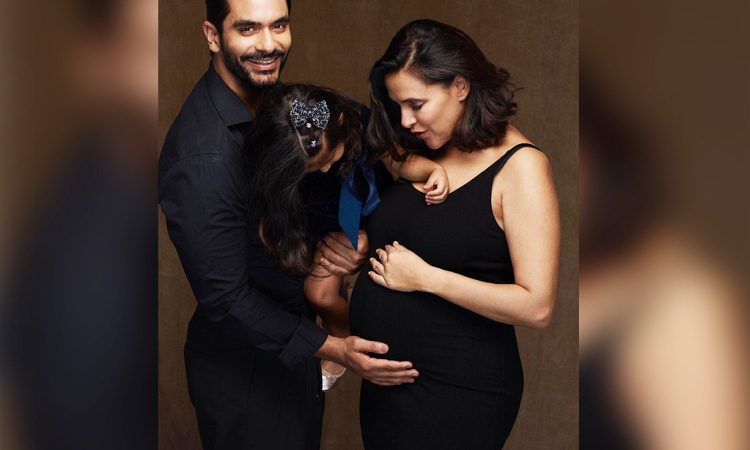