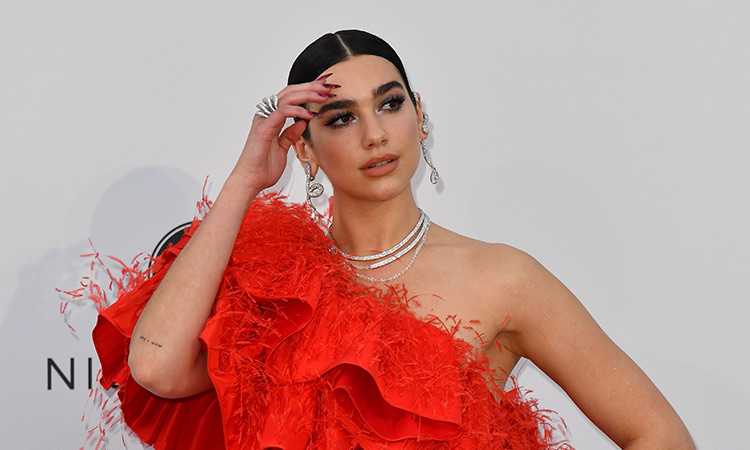 Dua Lipa poses for a photograph.

Dua Lipa has opened up about how she’s been able to maintain her “privacy” through the help of her family and friends.

In an interview with Wall Street Journal Magazine, published on 25 January, Lipa, 26, noted that regardless of her busy music career, she still manages to keep certain aspects of her life private.

“Something that I’ve realized over time is how little people actually know,” she explained. “I’ve made peace with the fact that people can think what they want to think, but no one really, truly knows what’s happening behind closed doors.”

“My circle’s really tight, my family and my friends keep me so grounded,” she added. “And it gives me some kind of comfort that not everything is out there that would take away from your life and privacy.”

With the WSJ, Lipa reflected on her family life. Before she was born, Lipa’s family lived in Kosovo. However, due to the Bosnian war, they fled to London in 1992. Lipa moved back to Kosovo with her family when she was 11, but she ended up returning to London at the age of 15 to pursue her singing career.

Throughout her life, Lipa has still maintained a relationship with her Kosovar heritage. However, the singer said that when she’s posted about her culture on social media, she has received some harsh criticism.

“I read a lot of comments from people telling me that I don’t have a country, I don’t have an identity, Kosovo doesn’t exist,” she said. “I lived in Kosovo, I know the lives that were lost.

“So for somebody to deny me my identity and my experience, it’s hard for me to stand back and not speak up about it,” she added. “So that’s something that I will always do.”

This isn’t the first time Lipa has opened up about some of the harsh words she’s faced online. Speaking to The Guardian in 2020, Lipa said that the “scrutiny not just on social media but in media, especially towards women,” is “intense and unkind”.

“The tabloids know very well what they’re doing, and it really affects everyone,” she explained. “You have to be made out of steel to not let words get to you. It’s so sad that we have to learn lessons from somebody’s death.”

Previously, Lipa has also detailed how her family’s experiences have impacted her. In an interview with “The Guardian” in 2018, Lipa noted that watching her parents “adapt in different places” and circumstances was a “big part” of who she was.

“And my dad would always tell me: ‘You have to work really, really hard, just to have a tiny bit of luck’,” she said.

“What I’ve learned from my parents is this: everything comes from hard work,” she added. “And then, maybe, things align.”