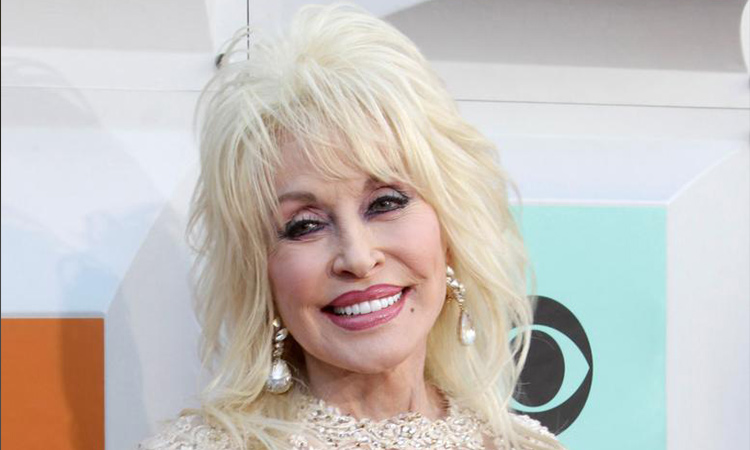 Dolly Parton poses for a photograph.

Dolly Parton has said she “likes to dress up” for her husband to keep their marriage “spicy”.

Parton opened up about the couple’s personal life during an interview with E! News’s Daily Pop on Wednesday (26 January).

“I like to dress up for Carl,” said Parton.

The 76-year-old went on to explain: “Every day, I put on some makeup and fix my hair because I think, ‘Well, the whole world, I’m out here and everybody else sees me all dressed up, and I’m not going to just kind of go home and just flop on him.’”

She added: “Nobody wants to make out with a slouch!

“It’s important to me that I look as good as I can,” said the singer. “I think it kind of helps keep things spicy.”

Elsewhere in the interview, Parton reflected on her iconic 1978 Playboy cover, which she recreated for her husband’s 79th birthday in July last year.

She said that Dean “always loved” the magazine cover.

“I thought, ‘Well, I’ll just go surprise my husband and just cook breakfast for him in my bunny suit,’” she said. “He got a kick out of it, and evidently a few other people did, too!”

Parton also joked that sometimes she wished “Jolene” would enter their lives, in a reference to her hit song about a woman she was afraid would steal her partner.

“Every once in a while I see Carl leaned back, snoring in his La-Z-Boy chair and I think, ‘Where is Jolene when I need her?’” she quipped. “Come on, you can have him now!”

Last week, Parton shared a photo in her “birthday suit” to celebrate turning 76.