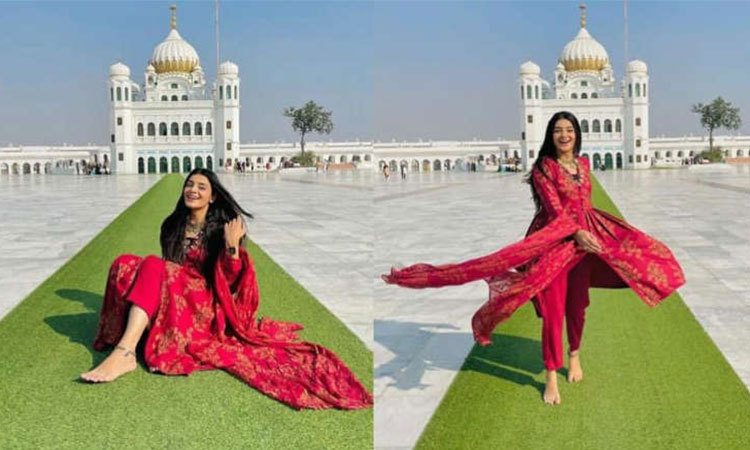 A clothing brand recently came under fire after an alleged photo shoot at the Kartarpur Gurdwara in Pakistan.

In the shoot, a Lahore-based model can be seen bareheaded, posing for the camera, compromising the sanctity of the place, Express Tribune reported.

Pakistan Federal Information Minister Fawad Chaudhry and members of the Sikh community expressed annoyance over the fashion photo shoot at the Kartarpur shrine, Pakistan Observer reported. Chaudhry slammed the designer and the model for the photo shoot. 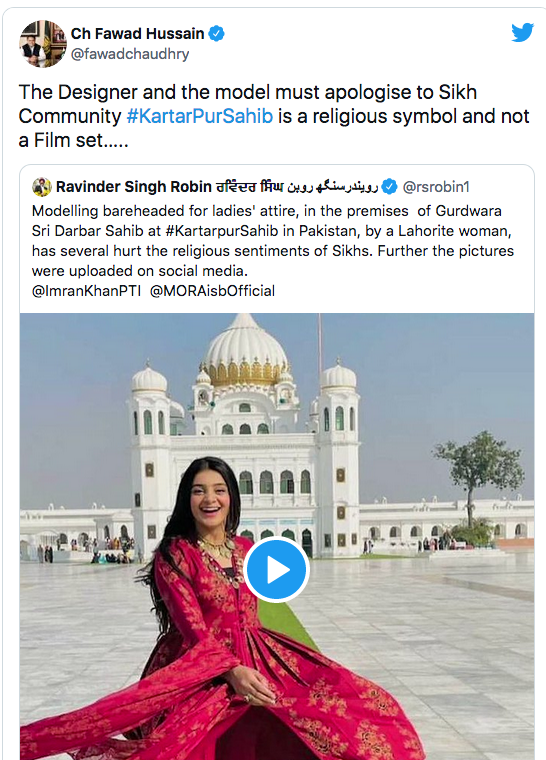 "The Designer and the model must apologise to Sikh Community #KartarPurSahib is a religious symbol and not a Film set," he wrote on Twitter.

Manjinder Singh Sirsa, the President of Delhi Sikh Gurdwara Management committee, also condemned the act, calling it "desecration." "Pakistan court issued arrest warrant of star who did dance video at Mosque; same must be done against this woman from Lahore as an example of treating all religion at par."
"Otherwise, any talk of respect for Sikhism is hollow," he said. 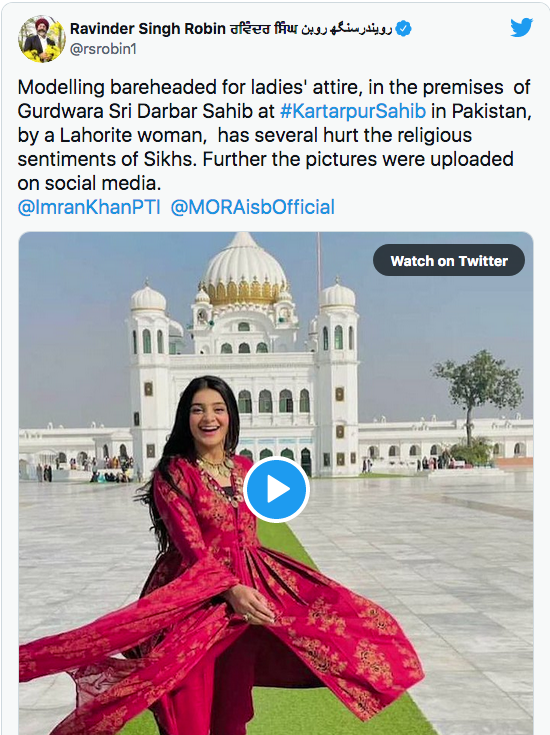 In another tweet, Sirsa commented: "Such behaviour and act at the pious place of Sri Guru Nanak Dev Ji is totally unacceptable! Can she dare to do the same at her religious place in Pakistan? Imran Khan and the government of Pakistan should take immediate action to stop this trend of treating Sri Kartarpur Sahib as a picnic spot by Pakistani people." 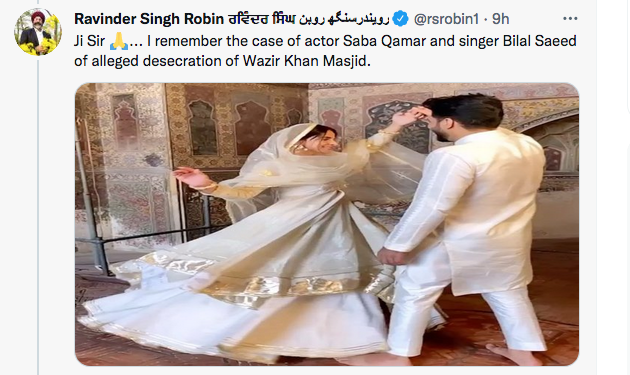 Meanwhile, the clothing brand, Mannat, has issued a clarification on the matter. The Instagram page has since removed the controversial posts and released a statement, the report said. 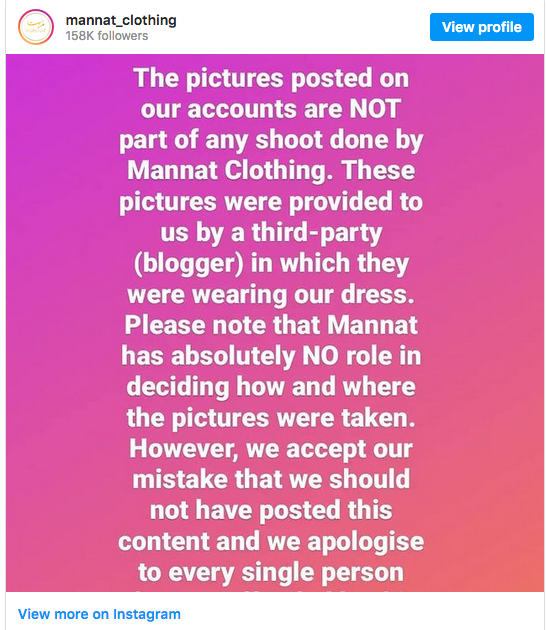 "The pictures posted on our accounts are NOT part of any shoot done by Mannat Clothing. These pictures were provided to us by a third-party (blogger) in which they were wearing our dress. Please note that Mannat has absolutely NO role in deciding how and where the pictures were taken," the statement read.

"However, we accept our mistake that we should not have posted this content and we apologise to every single person who was offended by this. All the holy places are very sacred to us."

"The pictures and posts have been removed from all our media channels. Again, we apologise wholeheartedly for hurting the public sentiment. Believe us when we say we had no such intention."

The blogger, Sauleha Imtiaz, herself apologised for the pictures, saying they were not part of a formal photoshoot. 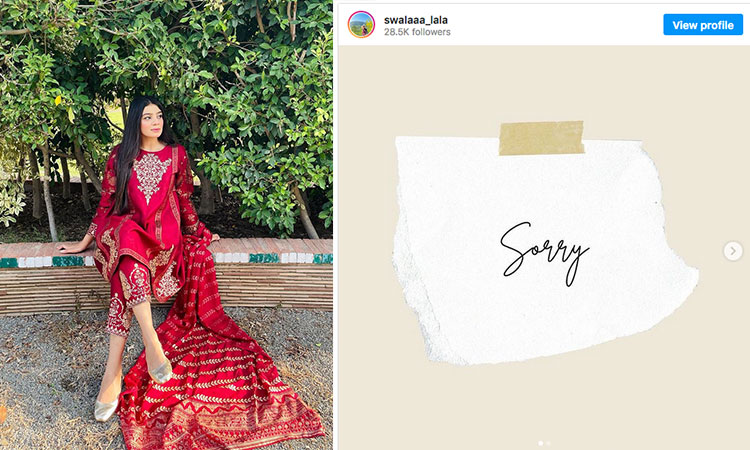 "I just went to Kartarpur to learn about the history and know about the Sikh community. It wasn't done to hurt anyone['s] sentiments or anything for that matter. However, if I have hurt anyone or they think that I don't respect their culture, I am Sorry," she wrote on Instagram.

"I respect the Sikh culture very much and I am sorry to all the Sikh community."

On the other hand, Pakistan Punjab Police in a statement said that they are investigating all aspects related to this incident and strict legal action will be taken against those responsible. 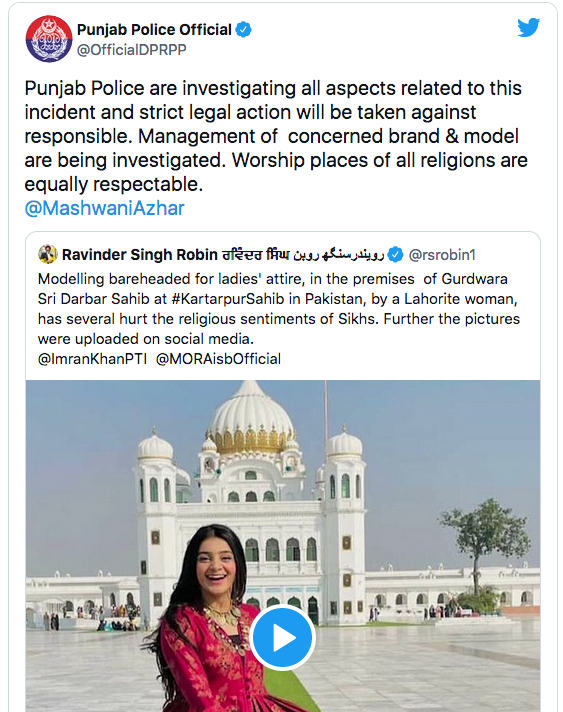 "Management of the concerned brand & model are being investigated. Worship places of all religions are equally respectable," reads the statement, as per the report.

The Punjab Police launched an investigation after a female blogger's photos taken at the Gurdwara Darbar Sahib in Kartarpur sparked criticism on social media on Monday.

The probe was initiated after an Indian Sikh independent journalist, Ravinder Singh Robin, criticised the model's photos on Twitter. 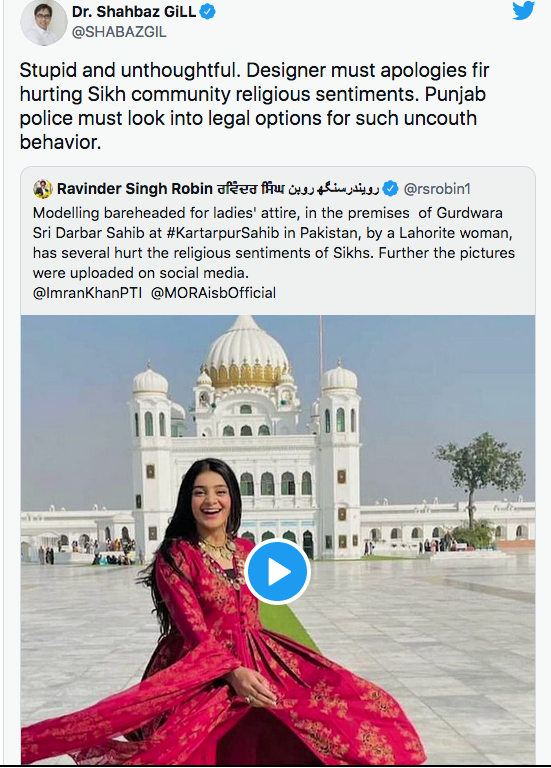 "Modelling bareheaded for ladies' attire, in the premises of Gurdwara Sri Darbar Sahib at #KartarpurSahib in Pakistan, by a Lahorite woman has [severely] hurt the religious sentiments of Sikhs," he wrote, noting that the pictures had been uploaded to social media.

Punjab Chief Minister Usman Buzdar also took notice of the incident, sought a report from the chief secretary and ordered an inquiry into it.

Buzdar also sought action against the officials who allowed the "modelling," with a statement saying "Not only will action be taken against those responsible after a comprehensive investigation into the incident but it will also be seen being taken." 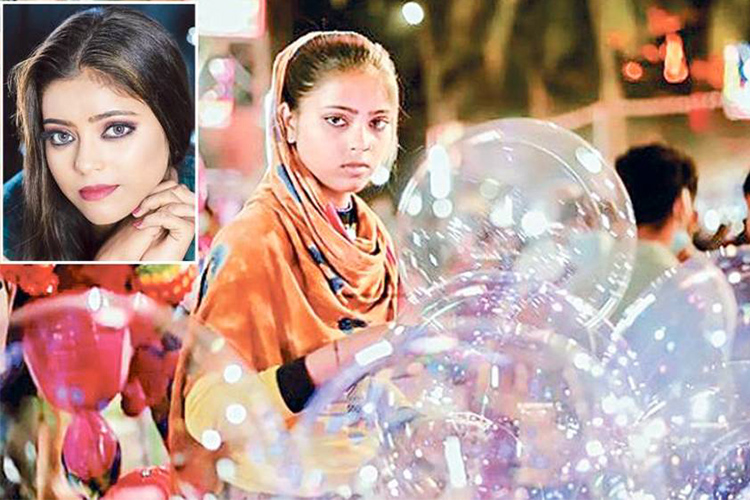 In a heartwarming story, a poor girl working as a balloon seller in Kerala has become a stunning model. After being spotted by a photographer, an Indian street seller landed a modeling job.