Film screenings organised in Nouakchott, Mauritania, by the UAE - GulfToday

Film screenings organised in Nouakchott, Mauritania, by the UAE 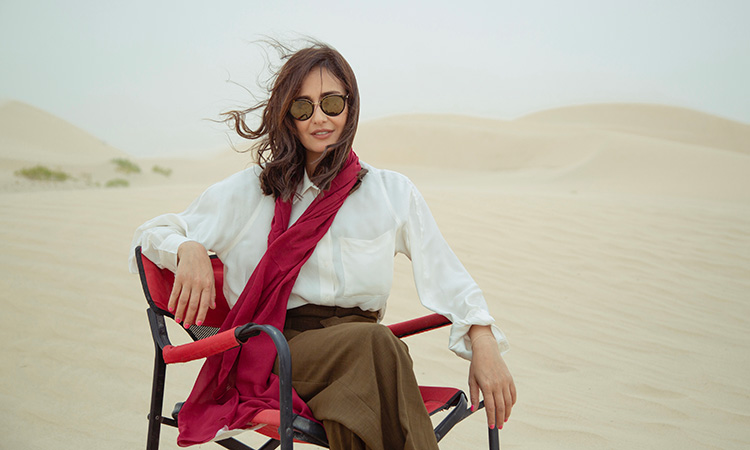 A still from the film Athel.

The UAE has organised a tour of film screenings in Nouakchott, Mauritania.

The month-long screenings held at the Congress Palace Square in Nouakchott, the capital of Mauritania, includes screenings of nine different films.

Image Nation has “Rashid and Rajab”, a movie directed by Mohammed Saeed Harib and “Shabab Sheyab”, directed by Yassir Al-Yasiri.

Jodie Comer on closing the chapter on 'Villanelle'

“Athel” brings us a brief glimpse of the fascinating life of the pre-Islamic poet Tarfa ibn Al-Abd. Shot in the stunning deserts of Abu Dhabi, the film brings to life the story of the famous poet, who was tragically misunderstood and killed at the height of his success.

The name “Athel” actually refers to a tree that grows in the Arabian deserts and is used as a synonym for the poet Tarfa’s name, which means “kind of a tree”.

Sheikha Alyazia Bint Nahyan Al Nahyan, Ambassador for Arab Culture for ALECSO (Arab League Educational, Cultural and Scientific Organization) and promoter of Anasy Media, defined cinema as not only the intersection of art and technology, but more importantly, as a powerful means of dialogue, and a source of joy.

Film, regardless of genre or style or whether in documentary or feature format, represents an incentive to stimulate the imagination, raise questions and seek answers. It points viewers to ways of contributing to the development of society, she said. 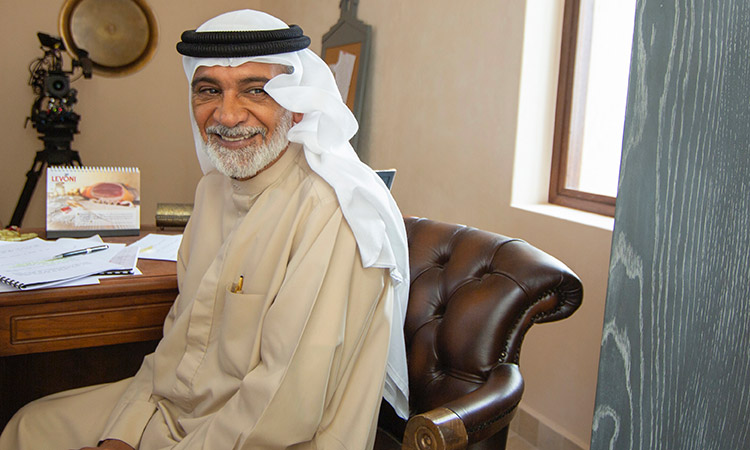 A shot from Athel.

“Screenings of Joy” was the first cinema tour shown in Mauritania and the first stop for the programme in countries of the region organised by Anasy Media, with the participation of Al Ain Film Festival, Image Nation and Mad Solutions, and in cooperation with the Mauritanian Filmmakers Association.

The shows are an embodiment of the vision of ALECSO, which supervises numerous plans and activities in the educational, cultural and scientific fields, in the framework of the partnership agreement signed with Anasy Media, to establish roving artistic demonstrations in countries with particular cultural needs.

ALECSO is a Tunisia-based institution of the Arab League, established by an announcement made in Cairo, Egypt, in 1970. It works to coordinate cultural and educational activities in the Arab world.

At the conference of the “Regional Forum for Empowering Creative Women” held in Nouakchott, attended by Dr. Mohamed Ould Amar, Director-General of the Arab League Educational, Cultural and Scientific Organisation, Naha Bint Meknes, Minister of Trade and Industry in Mauritania, Mona Bint Dah, Chief of Protocol and Mrs. Makfola Bint Akat, President of the ‘Muheet’ (Ocean) Center, Sheikha Alyazia stated: “We found in Mauritania all the creativity and art, which surely gains much appreciation and respect.

“We have a common heritage and a lot of similar customs. We would like to express our gratitude to the First Lady, Dr. Mariam Bint Al-Dah and H.E Mokhtar Ould Dahi, Minister of Culture, Youth and Sports of Mauritania.”

Issa Ould El Yadali, Advisor to the Mauritanian Minister of Culture and Youth, thanked Sheikha Alyazia Bint Nahyan Al Nahyan, for organising the screenings in public squares, in the absence of cinemas in Mauritania.

He said: “We have strong relations with the United Arab Emirates due to the commonalities between the two countries. We appreciate the efforts of Anasy Media and their keenness to provide a number of modern films, some of which express Emirati culture, like the “Desert Superstars” film and camel competitions, which is common in Mauritania and among the matters that represent the cultural similarity between the two countries.

“The visit of the Cultural Ambassador and participation in the forum is an important step in deepening cooperation … and some films will also participate in the performances that will be held on the sidelines of the Cities and Heritage Festival in the historic city of Ouadane.

“It is an annual cultural festival that values Mauritanian traditions and heritage in general. We will focus on the common culture between the two countries, especially those related to folklore, including the adornment of camels.”

Mauritanian director Abdel Rahman Lahi said: “One of the most beautiful things that usually results from events and meetings regardless of the artistic intensity, are the ideas that are born on the sidelines of the event itself permanently; and this experience may lead to success.”

He added: “These offers are a free trip to thousands of miles that cannot be reached at the present time, and it is also a return to the subscriber between the two countries.

“I very much like to experiment with mass shows, especially when they are associated with the word “joy”, because if cinema is not joy, it is not necessary.

“If cinema is not a meeting place that does not recognise geographical boundaries, it is useless. If cinema does not bring you closer to the other and brings the other closer to you, it is useless … I loved this idea and I hope that this seed will be the first; as for the rest, it will be bigger and more comprehensive”.

Nouakchott or “place of the winds” is the capital and largest city of Mauritania. It is also one of the largest cities in the Sahel. It serves as the administrative and economic centre of Mauritania. 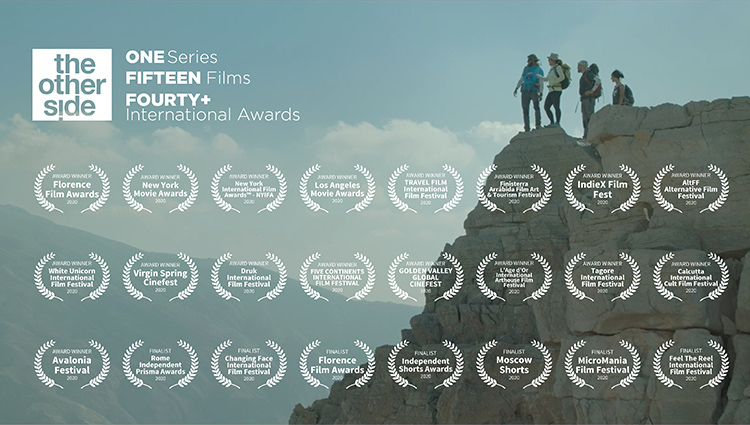 A leading film production company in Dubai ‘The Company films’ produced a series of films named ‘The other side’ for the Abudhabi Media which differently portrayed the expatriate community in the country. 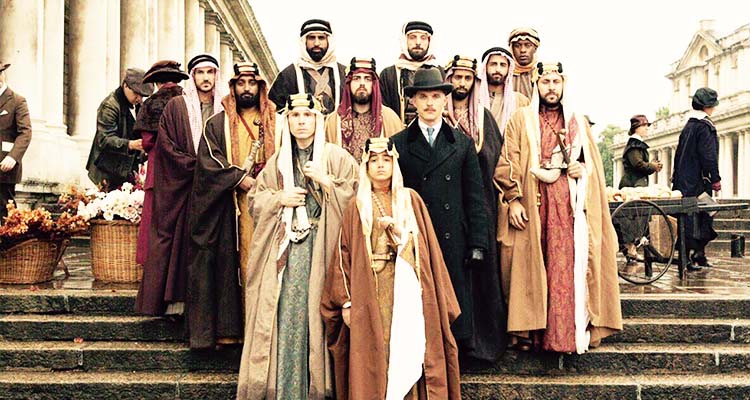 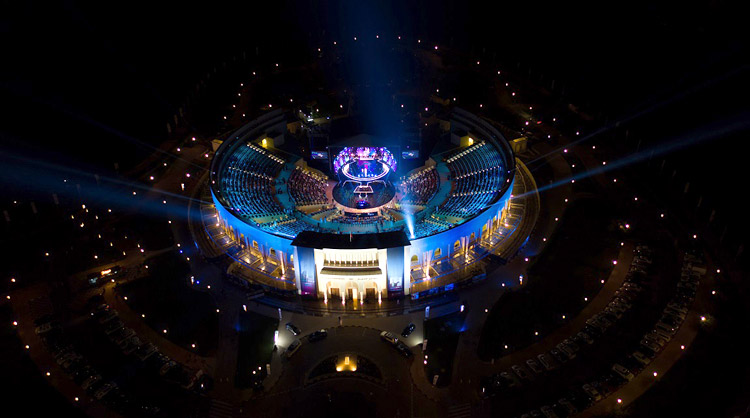