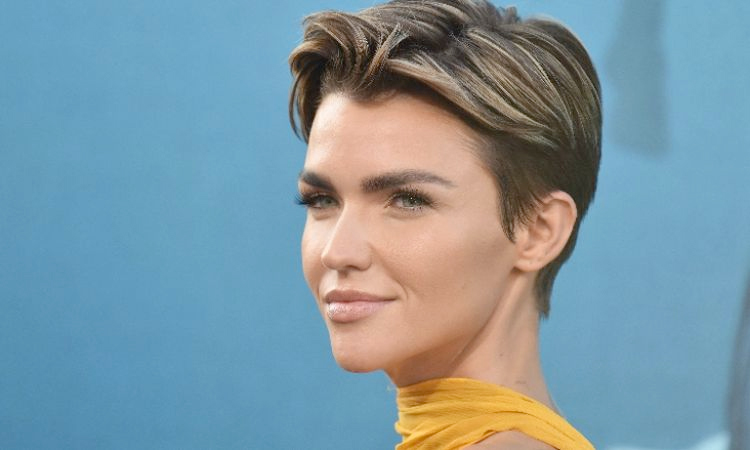 In a series of Instagram posts on Wednesday, Rose claimed they were forced to continue work on the DC series shortly after suffering a neck injury on sets, reports variety.com.

After posting pictures and video in the hospital, Rose wrote: "To everyone who said I was too stiff on Batwoman, imagine going back to work 10 days after this.

"10 DAYS!!!!!! (or the whole crew and cast would be fired and I'd let everyone down because Peter Roth said he wouldn't recast and i just lost the studio millions (by getting injured on his set) that is be the one who cost so many people their jobs."

Warner Bros. Television replied to Rose's allegations in a statement, saying: "Despite the revisionist history that Ruby Rose is now sharing online aimed at the producers, the cast and crew, the network and the studio, the truth is that Warner Bros.Television had decided not to exercise its option to engage Ruby for season two of Batwoman based on multiple complaints about workplace behaviour that were extensively reviewed and handled privately out of respect for all concerned."

Rose also addressed their absence from San Diego Comic-Con in support of the show's first season, which surprised many fans, according to Indo-Asian News Service.

"Imagine having to take a pay cut to play a passion project and being so excited about Comic-Con and then being told they would not adjust the schedule so I could attend but then saying 'we won't announce it, you have to'," they wrote.

Rose says that Scott "hurt a female stunt double, he yelled like a little b****h at women and was a nightmare. He left when he wanted and arrived when he wanted. He abused women and in turn as the lead of a show I sent an email out asking for a no yelling policy, they declined".

The actress went on to criticise showrunner Caroline Dries for refusing to stop production on Season 1 when the Covid-19 pandemic began, despite other CW shows shutting down, saying that Dries only visited the show's set four times during the first season.

Rose then spoke of what they said were unsafe and inappropriate working conditions onset, including one which left a PA paralysed.

"A crew member got 3rd degree burns over his whole body, and we were given no therapy after witnessing his skin fall off his face but I was the only one who sent him flowers and cards and then were told we had to do a sex scene without a minute to process, we lost 2 stunt doubles, i got cut in the face so close to my eye in a stunt I could have been blind," Rose wrote.

"A woman was left quadriplegic and they tried to blame it on her being on her phone, so much so CW didn't even help her to start with because they needed to 'investigate' so she had to do a go fund mea she's a PA, they work via phones. Her accident occurred because our show refused to shut down when everyone else did because of Covid."