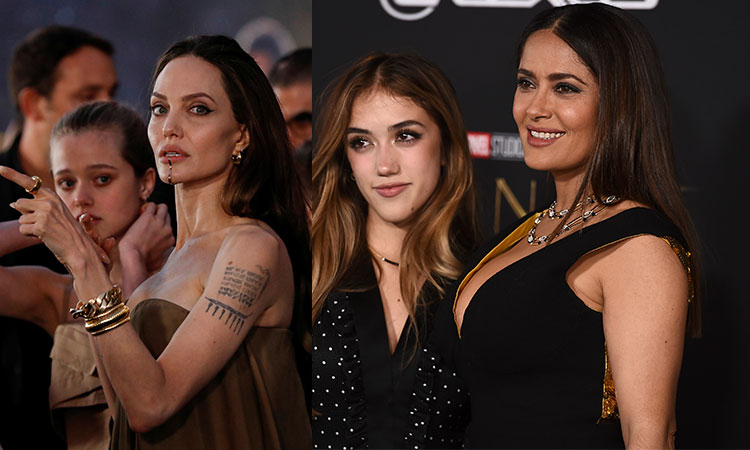 "I hope it just starts to normalise what should have been there in the first place," Jolie told Reuters. "I hope people watch these films in years to come and we don't even think about it as being diverse, it just becomes what's normal and what's right, and what's appropriate representation of the world we live in."

Gemma Chan plays the lead role of Sersi, one of the Eternals, a group of aliens who have lived on Earth and secretly guided humanity for 7,000 years. 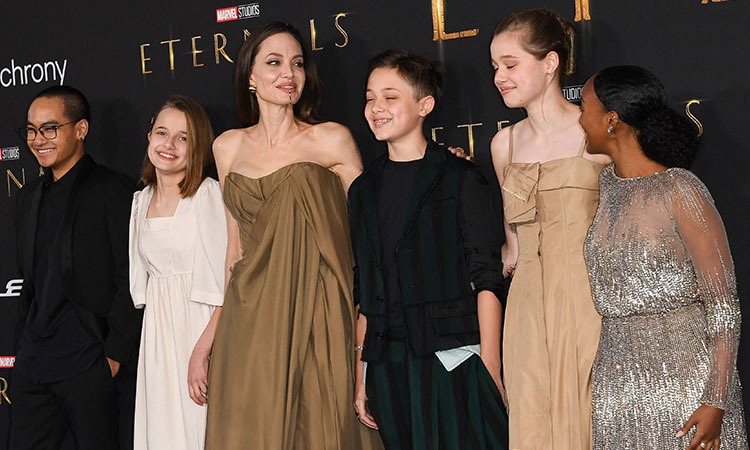 Angelina Jolie and her children arrive for the premiere of "Eternals" at the Dolby theatre in Los Angeles. AFP

"It's got a different tone, visually it's going to be quite different," said Chan. "Obviously the cast is huge and it spans 7,000 years so it's really an epic story. One of the themes of the film is connection, connection to one another, connection to earth. I hope that resonates with people in some way."

"I might be the first but I won't be the only one for much longer," signed Ridloff in American Sign Language. "There's another deaf superhero coming into the MCU very soon so this is definitely a game-changer." Delayed a year due to the pandemic, "Eternals" will finally hit cinemas on Nov.5.

Hollywood star Angelina Jolie says she is boring in real life, adding that her children are her creativity because she loves to watch each of them take on a unique personality.