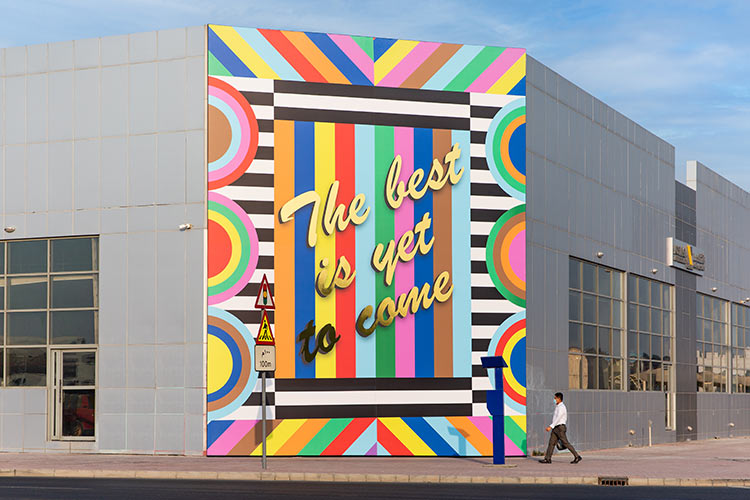 Alserkal Arts Foundation has announced its 2021-2022 programme, working with international curators with links to the region. Exploring the power of language, the Foundation is hosting a new exhibition, A Slightly Curving Place, curated by Nida Ghouse (opening Mar. 3, 2022). It will present an ambisonic soundscape for the first time in the UAE.

Abdelmonem Bin Eisa Alserkal, Founder of Alserkal and Alserkal Arts Foundation, said: “It is imperative that we support artists and practitioners who are engaged in unconventional modes of research and cultural production.

“In an increasingly inter-connected world, encouraging cross-disciplinary approaches is key to creating new forms of knowledge in order to engage and resonate with audiences, now and in the future.”

Centred around an audio play, a video installation and material in vitrines, A Slightly Curving Place responds to the work of Umashankar Manthravadi, a self-taught acoustic archaeologist who has been listening to premodern performance spaces.

The exhibition brings together writers, choreographers, composers, actors, dancers, musicians, field recordists, sound and light and graphic designers, who engage and transform not just each other’s work, but also that of others.

The project attends to what Manthravadi does by exploring the political and performative potential of the past that he opens up. It was previously commissioned and presented by Haus der Kulturen der Welt and the iteration of the exhibition for Concrete, Alserkal’s artspace, is co-produced with support from Experimental Media and Performing Arts Center (EMPAC) at Rensselaer Polytechnic Institute, New York.

Ghouse said: “An archaeology of sound is primarily concerned with what it means to try and listen to the past, to that which may forever remain outside the range of our hearing.

“It draws awareness both to sound as a social event — music, theatre, and dance as forms of corporeal relations — and to an absence which remains. The attention to absence challenges the conviction in a technological positivism, that the past can be accessed, that it is for our taking. 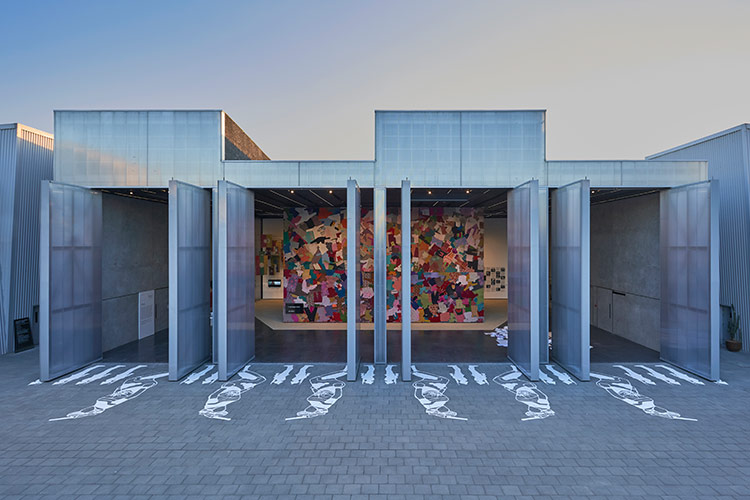 “An archaeology of sound is then about that which is lost but nevertheless always with us — the simultaneity of the past in the present, a collectivity across time beyond possession and accumulation.”

Leading up to the exhibition, Alserkal Arts Foundation will host An Archaeology of Sound study group and film programme, as a means of gathering a community of listeners around the project.

The film programme titled A Supplementary Country Called Cinema and organised by Ghouse and Surabhi Sharma, is presented in collaboration with Cinema Akil in Alserkal Avenue, with support from Goethe-Institut.

With films such as The Music Room by Satyajit Ray and There is Something in the Air by Iram Ghufran, the programme comprises fiction, documentary and experimental cinema from the mid-twentieth century to the present, tracing the arrival of sound reproduction technology in the Indian subcontinent and its continued reverberations.

Nada Raza, Alserkal Arts Foundation Director, commented: “We look forward to a season that breaks away from the usual methods of programming and exhibition-making.

“After Homecoming, a collaboration with Janine Gaëlle Dieudji, our autumn programme with Nida Ghouse lays the groundwork for an exhibition that subtly yet fundamentally rethinks curatorial practice, pushing the boundaries of what an exhibition can do whilst remaining sensitive to critical debates and embracing new technologies.’’

Homecoming, the Foundation’s public realm commissions, which were launched in 2021, connect practices consists of a series of large-scale works by artists, including Lakwena Maciver (UK), Kameelah Janan Rasheed (USA) and Augustine Paredes (Philippines/UAE).

Through the Archaeology of Sound and leading into A Slightly Curving Place, the Foundation focuses on listening as a way of coming to know. Alserkal Arts Foundation also begins a new line of research enquiry through a research collaboration with Warehouse421 in Abu Dhabi, that begins November 2021.

Abdelmonem is an Emirati businessman and arts patron who serves on the boards of numerous art institutions around the world, including the British Museum’s Contemporary and Modern Middle Eastern Art Acquisition Group; the Tate’s Middle East and North Africa Acquisition Committee and the Guggenheim’s Middle Eastern Circle.

He is also a Supporter of the Centre Pompidou International Circle - Middle East, a patron of the Peggy Guggenheim Collection and a member of Art Dubai’s Board of Patrons.

Alserkal Avenue, which was established in 2007, has become a thriving community of more than 70 contemporary art galleries, visual and performing arts organisations, designers and entrepreneur-led businesses, providing a platform for the development of creative industries in the UAE.

Abdelmonem and the Alserkal family have been awarded the UAE Patron of the Arts award twice.

Ghouse is a writer and curator. With film producer Vic Brooks, she is a recipient of the Andy Warhol Foundation curatorial fellowship for the exhibition Shifting Center at EMPAC in 2023.

She began her practice through the curatorial programme at Townhouse Gallery in Cairo, was the first recipient of the FICA-Delfina Research Fellowship and she previously served as director of an experimental exhibition space called Mumbai Art Room.

Cinema Akil is an independent cinema platform that brings quality films from across the world to the audiences in the UAE. Launched in 2014 as a nomadic cinema, Cinema Akil has held over 60 pop-up cinemas attracting over 65,000 attendees in Dubai, Abu Dhabi and Sharjah.

In 2018, it opened its first permanent location in Al Quoz, Dubai making it the GCC’s first arthouse cinema. Cinema Akil is a member of the Network of Arab Alternative Screens (NAAS) which includes members from the MENA region such as Metropolis in Beirut, Zawya in Cairo and Cinematheque du Tangier in Morocco.