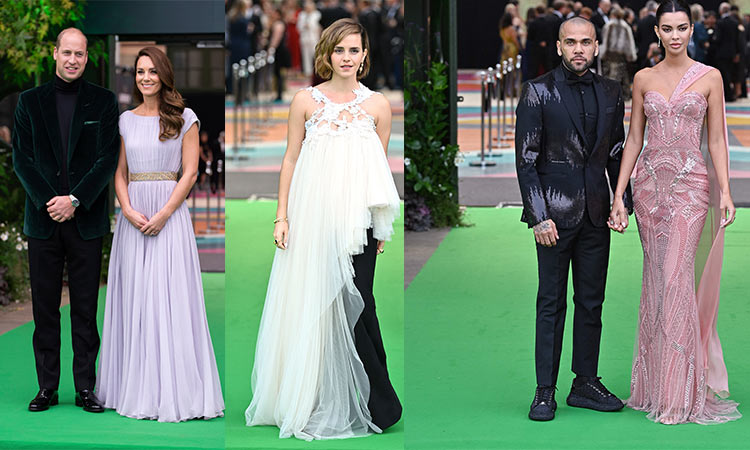 Prince William and Kate, Duchess of Cambridge, Emma Watson and Brazilian footballer Dani Alves and his wife Joana Sanz on the green carpet to attend the inaugural Earthshot Prize awards ceremony in London on Sunday. AFP

Celebrities joined Prince William in London on Sunday for the inaugural awards ceremony of his Earthshot Prize, an ambitious environmental programme aimed at finding new ideas and technologies around the world to tackle climate change and Earth's most pressing challenges.

Actors Emma Thompson, Emma Watson and David Oyelowo were joining Kate, the Duchess of Cambridge, in handing out the awards at Alexandra Palace in north London.

Guests were asked to "consider the environment when choosing their outfit," so Watson arrived wearing a gown made of 10 dresses from the charity Oxfam.

Kate wore an Alexander McQueen dress made for her in 2011, while her husband wore a dark green velvet blazer and a polo neck.

William and his charity, The Royal Foundation, launched the Earthshot Prize last year, inspired by President John F. Kennedy’s 1962 "Moonshot” speech that challenged and inspired Americans to go to the moon.

The prize, to be awarded to five winners every year until 2030, is billed as the most prestigious of its kind. Each winner will receive a grant worth £1 million ($1.4 million) to develop and scale up their ideas.

"There’s been lots of amazing ideas over the past decades but it’s the implementation that really counts, so that’s what this is all about. So it's really a reason to be cheerful,” Thompson said.

In a pre-recorded short video, William said: "We are alive in the most consequential time in human history.”

"The actions we choose or choose not to take in the next 10 years will determine the fate of the planet for the next 1,000," he said.

"Many of the answers are already out there," he added. "But we need everyone, from all parts of society. to raise their ambition and unite in repairing our planet.”

The finalists include a 14-year-old student who proposes using solar energy to replace charcoal to power millions of roadside ironing carts in India; a land-based coral farm in the Bahamas to restore dying coral reefs; a community project in Congo devoted to protecting gorillas; and a Kenyan enterprise that turns organic waste into fertiliser and insect protein for farmers. 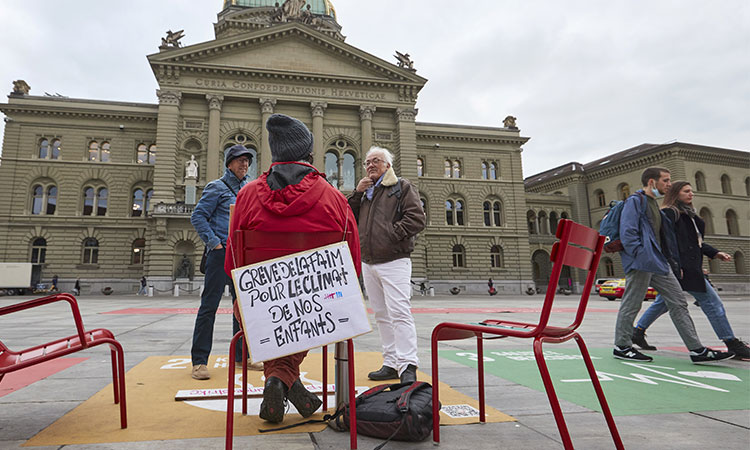