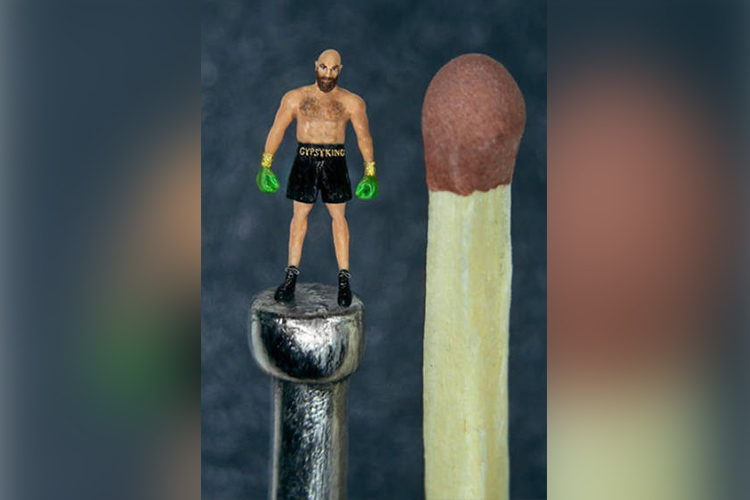 A matchstick's-size sculture of Tyson Fury.

Sculptures require effort from any artist and precision in detail, but the requirements rise when the sculpture is the size of a match.

This is exactly what British artist 64-year-old Willard Wigan did, who used a microscope to carve a piece for British boxer Tyson Fury, world heavyweight champion, using even hairs from his eyelashes in colouring .

The artwork took 8 hours a day for a month, and his work was called “strong as fingers.”

The artist did not put a price on his work after his previous works were sold between £90,000-200,000, and commented: “I love boxing and have a lot of admiration for Tyson Fury and I think that what he did in the field of mental health is very important, so I wanted to give him the biggest honor in the smallest way possible. I met him in 2019 and I knew he would be a hero, he is like Muhammad Ali in his days, and I used a small gemstone for his body.”

Willard was awarded a Royal Medal for Services to Art in 2007 and holds many records, including drawing the world's smallest hand sculpture.

Willard's artwork requires a microscope magnifying the sculpture 250 times to reveal details, and Fury's sculpture is one of 25 works at Birmingham Art Gallery.