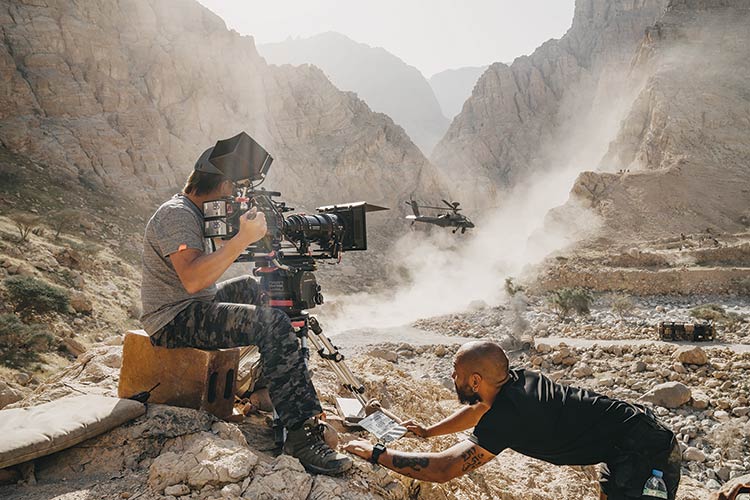 During the filming of The Ambush.

AGC International, the international sales arm of fast-growing content studio AGC Studios, and Image Nation Abu Dhabi have unveiled the first teaser trailer for its major upcoming action film, Al Kameen (The Ambush), that tells the true story of the daring attempt to rescue a small group of Emirati soldiers trapped by rebel fighters in a mountainous valley.

Al Kameen (The Ambush) is the largest Arabic language feature film production ever in the GCC, with 400 cast and crew including an all-Emirati lead cast. It was shot entirely in the UAE and stars Marwan Abdulla Saleh, Khalifa Al Jassem and Mohammed Ahmed.

Al Kameen (The Ambush) will be released in theatres in the UAE and across region later this year.

Image Nation Abu Dhabi is an award-winning film and entertainment company which has built its reputation on breaking boundaries and unleashing imagination.