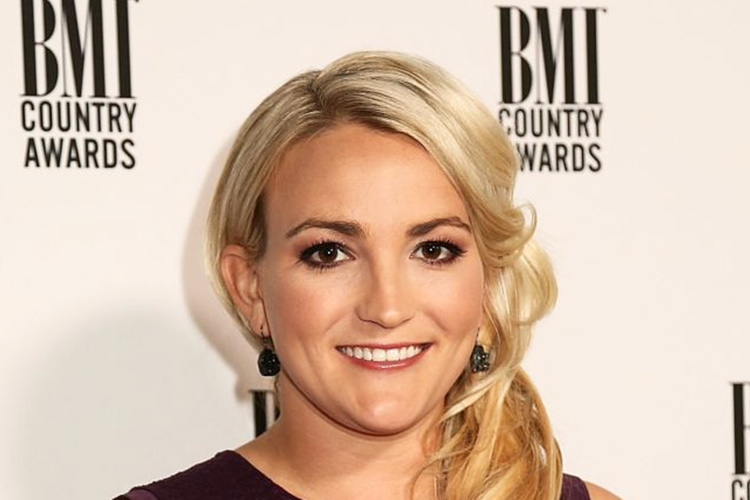 Jamie Lynn Spears will release an “intimate” memoir discussing her family, her life as a child star, and mental health.

The actor and musician, who is also Britney Spears’s younger sister, shared the announcement on Monday in an Instagram post. Her book, titled “Things I Should Have Said,” is scheduled for release on 18 January.

In it, Spears will tell “her unfiltered story on her own terms”, according to a description of the book on the publisher’s website.

“You’ve read the headlines, but you don’t know Jamie Lynn Spears. The world first met Jamie Lynn as a child star, when it was her job to perform, both on set and for the press,” reads the book’s description.

“She spent years escaping into different characters – on All That, Zoey 101, and even in the role as Britney [Spears]’s kid sister. But as she grew up, faced a teen pregnancy, raised her daughter on her own, pursued a career, and learned to stand on her own two feet, the real Jamie Lynn started to take center stage– a raw, blemished, and imperfect woman, standing in her own power.” 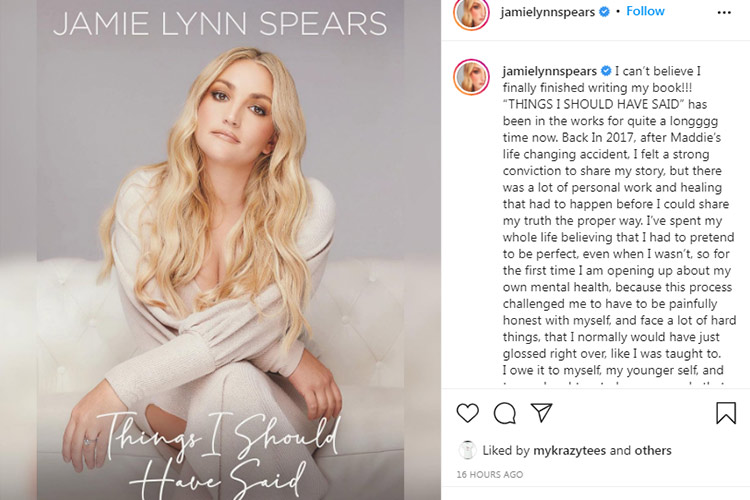 The description goes on to note that “despite growing up in one of America’s most tabloid-famous families, Jamie Lynn has never told her story in her own words”.

On Instagram, Spears, nine years her pop star sister’s junior, wrote she “can’t believe [she] finally finished writing [her] book” and that it has “been in the works for quite a longggg time now”.

She explained that she first felt an urge to share her story in 2017, when her daughter Maddie, then aged eight, was injured in an ATV accident. She eventually made a full recovery.

“Back In 2017, after Maddie’s life-changing accident, I felt a strong conviction to share my story, but there was a lot of personal work and healing that had to happen before I could share my truth the proper way,” Spears wrote.

“I’ve spent my whole life believing that I had to pretend to be perfect, even when I wasn’t, so for the first time I am opening up about my own mental health, because this process challenged me to have to be painfully honest with myself, and face a lot of hard things, that I normally would have just glossed right over, like I was taught to.”

Parts of the proceeds will be donated to This Is My Brave, a nonprofit organisation dedicated to mental health awareness.

“Things I Should Have Said” will be published on 18 January 2022 by Worthy Publishing, an imprint of Hachette Book Group.