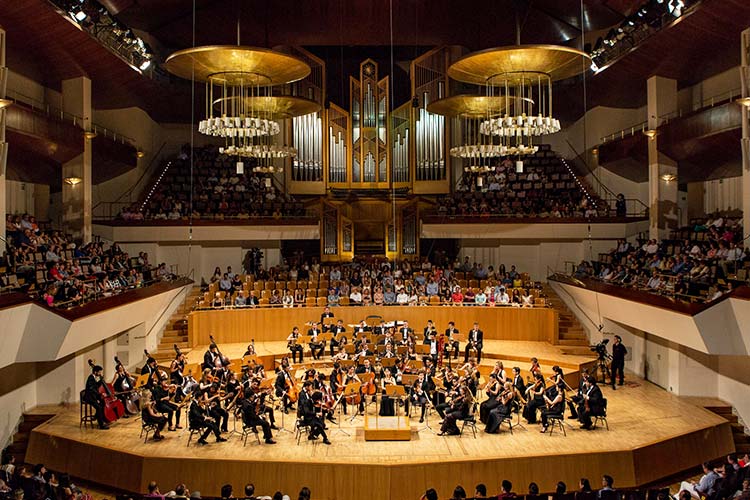 The support is part of the School’s cultural partner, Abu Dhabi Festival (ADF), whose collaboration with the School is as per an agreement to collaboratively support intercultural exchange through classical music and the performing arts, signed between the two parties over six years ago.

The Reina Sofía School of Music (Escuela Superior de Música Reina Sofía in Spanish) is a private music school founded in Madrid, Spain, and bears the name of its Honorary President, Queen Sofia of Spain.

It seeks to provide a high performance training centre for young musicians and carry out activities to bring Classical music to the larger public.

Huda I. Alkhamis-Kanoo, Founder of ADMAF and ADF Founder and Artistic Director said that “we are proud to support the Reina Sofía School of Music’s Freixenet Orchestra in its first-ever European tour.

“In our ongoing partnership with the Reina Sofia School of Music, the orchestra’s tour reflects our shared mission to cultivate artistic talent and allow the boundless potential of the youth to emerge. 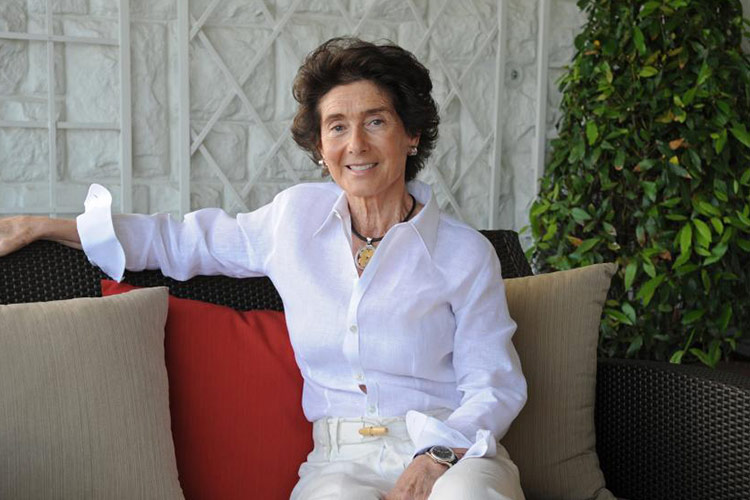 Paloma O’Shea, Founder of the Reina Sofía School of Music.

“The orchestra’s European tour will be marked by the energy and elegance of conductor Andrés Orozco-Estrada and leading violin soloist, Arabella Steinbacher.

“As the people of the world continue to face the difficulties of the pandemic, it brings me great joy for Abu Dhabi Festival and the Reina Sofía School of Music to collaborate once again and bring live performance to stages across Europe.”

Thanks to the backing and support of the ADMAF, it is the first time in the Reina Sofía School of Music’s history that its Freixenet Symphony Orchestra gives a performance tour in four of Europe’s most prestigious musical centres.

The Orchestra has performed/will perform in Madrid, Bratislava, Budapest and Vienna, and play ‘El Puerto’ from the work Iberia by Isaac Albéniz, the Violin Concerto No. 1 in D major, Op. 19 by Serguéi Prokofiev and the Symphony No. 8 in G major, Op. 88 by Antonín Dvořák. The tour and event marks the 30th anniversary of the School.

Formed by 60 students, the orchestra, along with its principal director Orozco-Estrada and Steinbacher, began the tour with a concert at the Teatro Real in Madrid (Oct. 7); it then travelled to Bratislava to attend its Festival on October 9.

Budapest will follow with a concert at the Liszt Ferenc Academy of Music on October 10 and the tour ends at the world-renowned Musikverein in Vienna, seat of the Wiener Philharmoniker and its classic New Year’s Concert, on October 12.

During the tour, the students collaborate with the Superar project, which provides free cultural education to children and young adults from disadvantaged backgrounds.

Paloma O’Shea, Founder and Current Principal of the School said: “We are turning 30 years old and for that reason, we took our Freixenet Orchestra on a tour of Europe.

“For our students, playing in such prestigious venues and, above all, sharing the stage with Arabella Steinbacher and maestro Andrés Orozco-Estrada, will be an unforgettable experience. 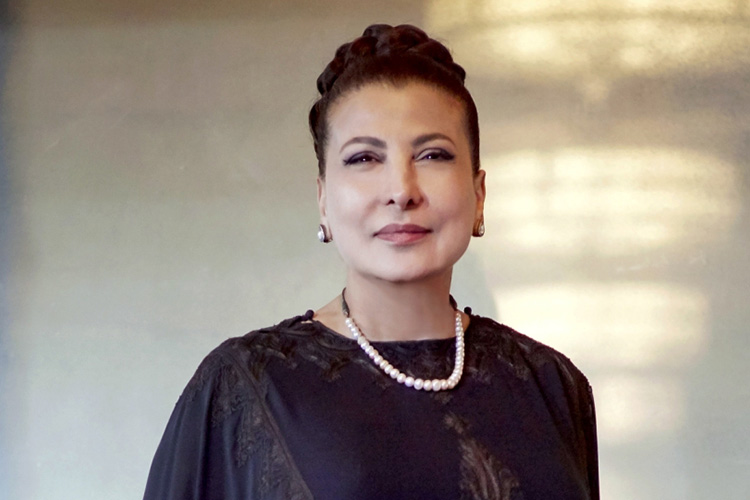 “Arabella is, as we all know, one of the great violinists of our time, and I am looking forward to seeing what she is capable of doing with Prokofiev’s First Concerto, which requires perfect technique and deep sensitivity.

“In addition, we are very grateful to Abu Dhabi Festival for accompanying the Reina Sofía School in its anniversary and making possible with its sponsorship of the tour.”

O’Shea, 1st Marchioness of O’Shea, is a pianist, patron of the arts, and founder and president of the Albeniz Foundation, which organises the Paloma O’Shea Santander International Piano Competition in Santander, Spain.

The mission of the Reina Sofía School of Music’s orchestra is to be both an instrument of education and culture. As a cultural entity, it strives to bring the orchestral repertoire of different periods and styles, closer to everyone from a new perspective.

As an educational instrument, the orchestra provides training and experience to the students of the Reina Sofía School in the discipline of orchestral performance.

The School was transferred in 2009 to its new location, designed by architect Miguel Oriol and built by Albeniz Foundation. It is an emblematic building, located in the Plaza de Oriente in Madrid, next to the Royal Palace and Royal Theater.

It offers facilities such as advanced technological systems and an auditorium with 450 seats, and is a cultural heart in downtown Madrid.

Currently, maestros Orozco-Estrada and András Schiff, are principal conductors of the Freixenet Symphony Orchestra in its two formats, namely, Symphony and Chamber.

Founded in 2004, ADF was initially a small arts and culture platform. It soon graduated to one of the world’s premiere annual events. Held in the UAE, the Festival celebrates artistic and creative excellence, and promotes the role of music and the arts in bringing nations closer.

It also promotes Abu Dhabi as a leading global hub for creativity and as an Emirati beacon for respect and tolerance. 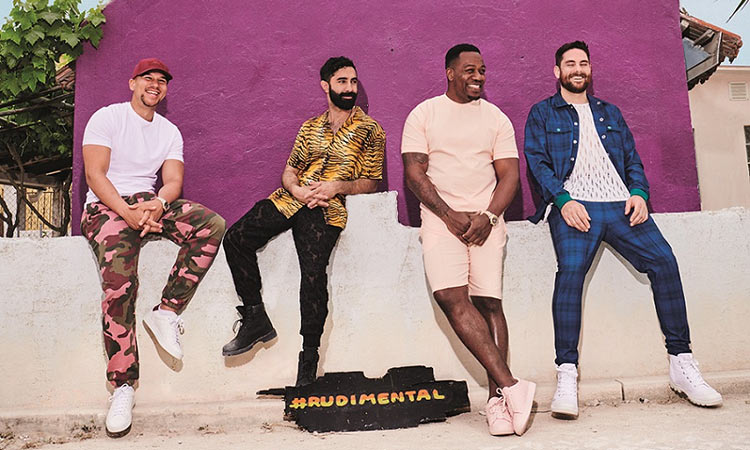 The full line-up of international bands, musicians and DJs heading to the UAE capital for Abu Dhabi Showdown Week has been unveiled. 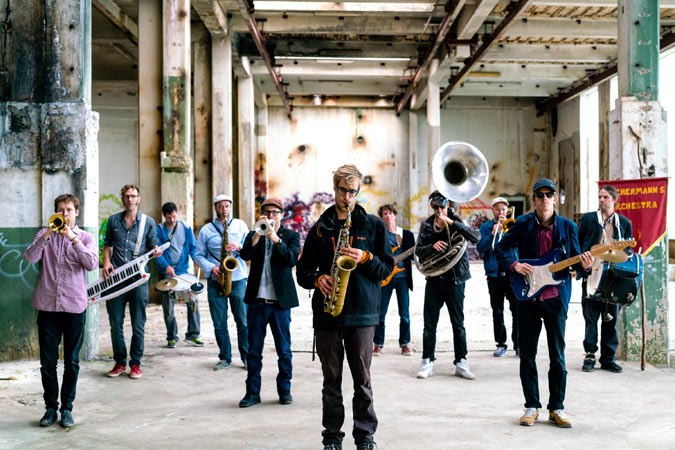 Fischermanns Orchestra is all set to jazz it up

If you fancy high-energy and innovative music, head down to the Fridge, Dubai on the evening of Oct.18 where the acclaimed Swiss jazz band Fischermanns Orchestra is going to perform. 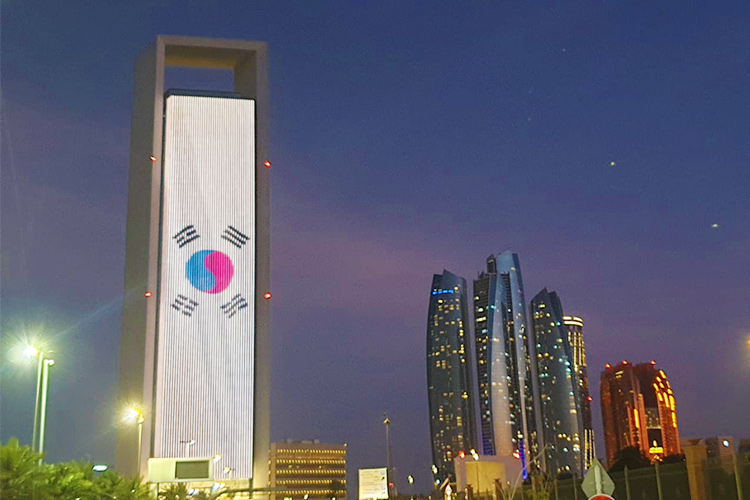