Rakan Brahedni’s ‘Mindful Futurism’ is a possible history of tomorrow 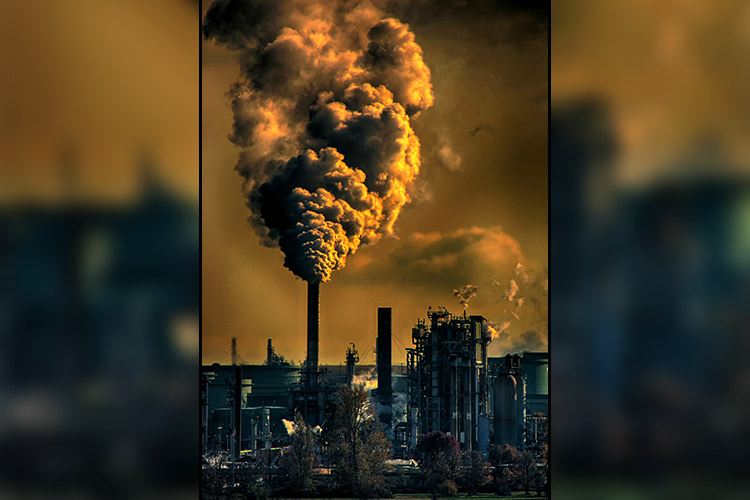 One of the issues dealt with in the book is pollution.

UAE-based author Rakan Brahedni’s book ‘Mindful Futurism: Paving the Way for Future Generations’ presents a heedful way of thinking about and finding solutions for some of the world’s most pressing problems.

They include pollution, soil erosion, climate change, unthinking consumerism, unhealthy food, Social Media violations, gadget addiction, the incessant pressure to buy and perform, career choices made sans due diligence and tragic professional trajectories, among many others.

In short, Mindful Futurism embraces both cosmic and personal issues. And there is a reason why it does so.

The birth of his daughter and the responsibility that it brought with it, shocked Brahedni into the realisation that simple things such as buying a milk bottle or medicines needed, besides routine over the counter transactions, also anxious under the table calculations. What type of baby bottle was being bought? What type of materials was it made of? Did the medicines have substances that would harm the child? He became woke. “Why did I have to be doing all this investigating?” he asked himself. “Why were there so many risks to be wary of in the first place? Something was clearly wrong.”

The awareness made him undertake an odyssey of body and mind – and the book is the result.

He took things one by one and arrived at conclusions one after another. Food, environment, lifestyles … “Our food is filled with chemicals, pesticides, hormones, and antibiotics, all of which have been proven to contribute to or even cause common fatal diseases. “We’re surrounded by pollutants, toxins, and other environmental contaminants, slowly edging us toward illness. Our lifestyles are fast-paced, stress-filled, and the biggest drivers of early death. “Mindful Futurism is the antidote to a broken mindset which lies at the root of our biggest global problems … In its application, perhaps we can build a better future for ourselves and the generations to come.”

It is a big say - but the author has been into a big do. Disturbed by the circumstances, Brahedni gave up an upper crust professional life, and to get to the root of the problem by thinking matters through, he quit his job and took to travel with his family. It was not a pleasure trip. “I set my intention on finding a role that would allow me to make a real impact,” he says. “I accepted that I may never change the world, but what I had learned through my journey was valuable enough to share, and if I could change the thinking pattern of a single person, I would have succeeded.” 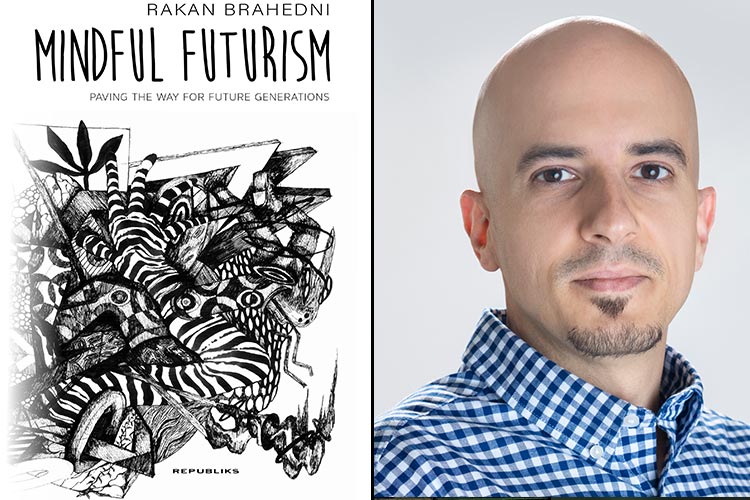 Which is echoed in a personal message that said “my only desire is to have my message reach anyone who is ready and willing a positive change for tomorrow’s generation.” His travels took him to the UK and eventually to Denmark, where a dream job at the LEGO headquarters, shifted his view of what the corporate world was capable of. There he learned the significance of truly loving his customers and consumers. He found that doing as much good as possible was to be preferred each and every time to doing no harm. He ultimately came back to Dubai, which was his family home for many years. “Dubai is renowned for its culture of risk taking and daring innovation, and gave me an opportunity to potentially create impact.”

He had the luck to be mentored by an inspirational person. “If you want things to change,” the mentor said, “then educate people. Real change happens when people do. Banning companies from advertising isn’t the solution.”

Brahedni blames our “complacent participation” for things not getting better. He urges us to adopt “a more rebellious mindset – not a dysfunctional or disruptive one, but a healthy rebellion against our own mental and emotional limitations.” He wants us to question the choices we make and to constantly assess and measure the impact our actions have on ourselves and others. We should not eschew responsibility by telling ourselves - and others – that that was the way things were always done. “Although there is plenty of logic behind building on the work and knowledge of others,” he says wisely, “we shouldn’t put aside our own curiosities and due diligence.” It won’t do to claim we are victims of circumstances, when, with a little or some effort, we can prevent wrong things from happening. “At the very least, we should question why things are done the way they are done. We shouldn’t turn a blind eye, just because someone smarter told us to do something.”

Brahedni lays out the ways in which we can make ourselves better persons and the world a better place. They are not being mentioned here for fear of the spoiler.

‘Mindful Futurism’ would do Benjamin Franklin proud. The book is so full of common truths, that some of it would have found a place in the American Founding Father’s magnum opus, Poor Richard’s Almanack. Just as the latter contains treasurable maxims counselling thrift and courtesy (with a dash of cynicism), the former too has high points. Are we an insignificant majority of one? Not at all! Brahedni points to the Butterfly Effect. A butterfly flapping its wings, it has been scientifically proved, can create a tornado. Besides, hasn’t every movement started in the minority of one? The book is not one hawked by a false guru peddling false promises for real problems. Rather, it is an earnest attempt to build foundational understanding of issues, to lock horns with them and see them off. It is a knife of warning that cuts into the flesh of mindless indulgence, an agonised outpouring of a thinking soul, a fervent and heartfelt appeal to change the behavioural template.

The first half of the book is filled with thoughts and the second part with feelings, particularly the “Case Study”, where a driven mid-career professional, contemplates the emptiness of her life. Case Study is only one person — but remember the Butterfly Effect. Also remember, Brahedni is but one individual. However, Little drops of water Little grains of sand, Make the mighty ocean, And the pleasant land. So the little moments, Humble though they be, Make the mighty ages Of eternity. So our little errors Lead the soul away From the path of virtue, Far in sin to stray. Little deeds of kindness, Little words of love, Make our earth happy, Like the heaven above. Our actions as an individual impact the universe. As Brahedni points out, “every living thing contributes to and is dependent on this global ecosystem within which we live.” There is a bit of Dale Carnegie and a lot of Julian Assange in ‘Mindful Futurism’. The author brings a sociologist’s vision, an anthropologist’s eye and a millennial’s outlook to his work. It is published by Republiks (Republiks.co.uk) and has been approved by the National Media Council with a UAE ISBN. It is in Kinokuniya, Dubai, and Abu Dhabi, and will inevitably be in more stores. It is a slim volume (only 113 pages). But speaks volumes. It is a little book that could, with a little help from readers. 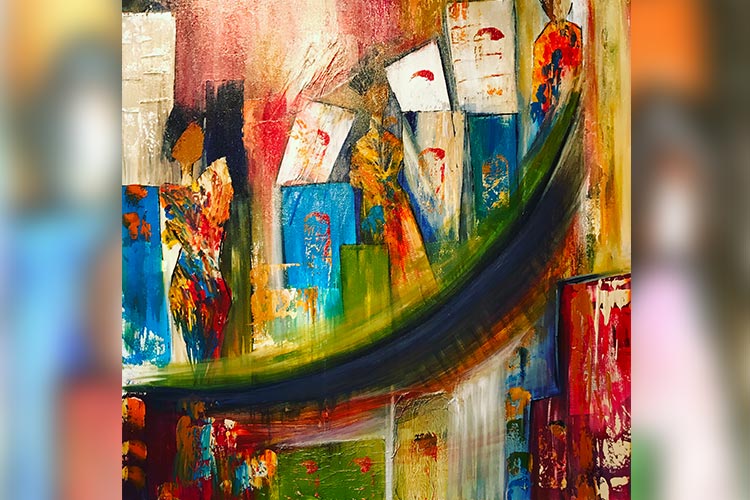 The artists, living and working in the UAE, got together at Novotel World Trade Centre, Dubai (Oct. 2), to celebrate the spirit of womanhood. They 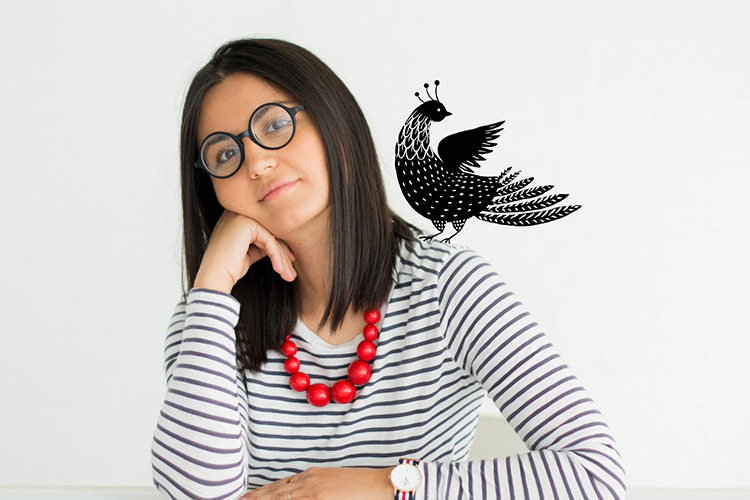 Sixteen top industry names will educate and entertain young readers from May 19 - 29 at Expo Centre Sharjah. 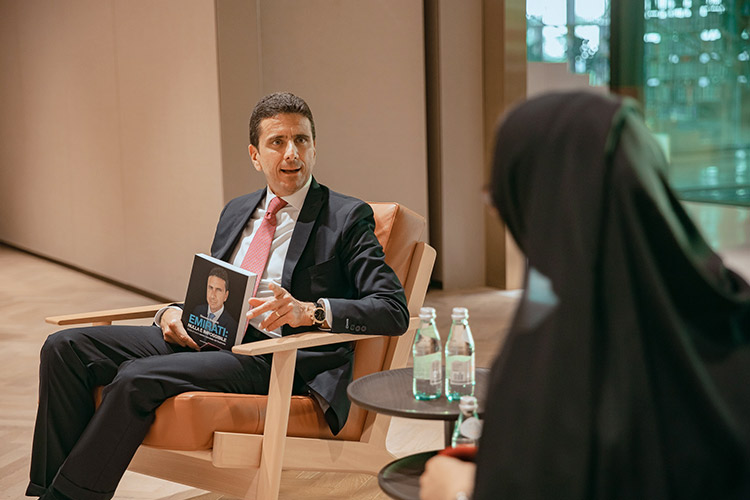 The UAE is the real centre of the world, says Italian entrepreneur and author Giovanni Bozzetti in new book

The nation has a unique story to tell; for 50 years, it has served as the intersection of people, cultures, ideas, technologies and trade exchanges, says Bozzetti, who is also educator, manager and community worker 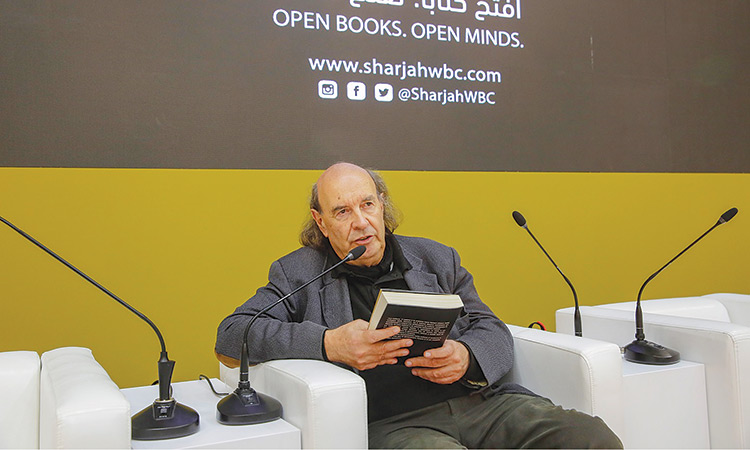