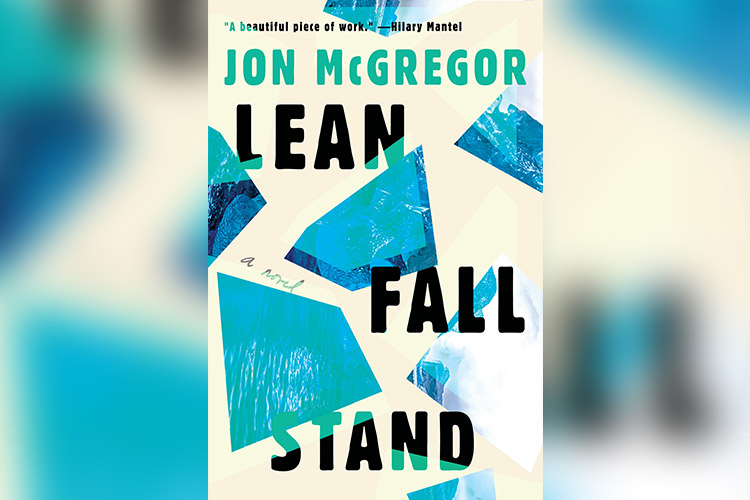 The novels of British author Jon McGregor are distinguished by their enlightening perceptions of both human nature and Mother Nature, and by their restrained prose, as potent as it is subtle. His latest, "Lean Fall Stand," employs these talents to tell the profoundly affecting story of a man who has lost his ability with language.

Beginning as a battle against the elements in Antarctica, the story soon becomes about survival of another kind, chronicling Robert "Doc" Wright's recovery from a stroke and how it upends the lives of those closest to him, particularly his wife, Anna.

House of the Dragon trailer: First footage of 'Game of Thrones' prequel released by HBO Max

Station K's research team — Doc, Thomas Myers and Luke Adebayo — are caught up in a sudden storm, separated on the immense, harsh coastline. In chapters told from alternating viewpoints, we follow their fates as they try to reunite and reach shelter.

Doc is the veteran, having spent 33 seasons on the ice, but the value of his experience is diminished as he loses strength in his arms and becomes disoriented. Given the environment, it seems as if perhaps hypothermia is setting in. Doc makes it back to base, but his mind grows more addled, the confusion cleverly hinted at via wordplay such as "he numbed at the rubness of his face" and "the cold was glass against his face."

Anna flies to Chile, where Doc has been airlifted, and we learn his diagnosis, which includes an evolving aphasia, the various language deficits caused by the stroke. When she first sees him in the hospital, his "hands were propped awkwardly across the top of the sheets, as though someone else had put them there." Later, she sits in an antiseptic whirlwind as "people arrived, and told her things."

While the quantitative effects are confined to Robert (he's only Doc down south), Anna's life has been unwittingly recast, as well, and their family forever changed. It was already a strained marriage, her career repeatedly compromised by his, and by the two children that she believed would come "much later, if at all." Those kids, Frank and Sara, are now adults, but they carry the scars of their father's long absences during their childhoods.

Back home in England, life doesn't get any less chaotic. Again and again, McGregor conveys the consequence of Robert's situation and the volatility of Anna's. One remarkable, gutting chapter bares her exhaustion, beginning every sentence for pages and pages with "She had to …" At one point, it all gets to be too much, and she leaves the room to splash her face with cold water and scream into a folded towel.

Robert's journey is wending, moving from implacable frustration early on, when he is only able to utter permutations of yes, of course and obviously — even if what he means is "no" — to an edifying conclusion, where the conventions of communication have been redefined and expanded.

It's a story that would be worthwhile even if delivered by a less skilled writer, but McGregor's facility with language gives a power and a poignancy to this tale about language's loss that make it unmissable.