Artist Azaide hosted at Zabeel House by Jumeirah, The Greens 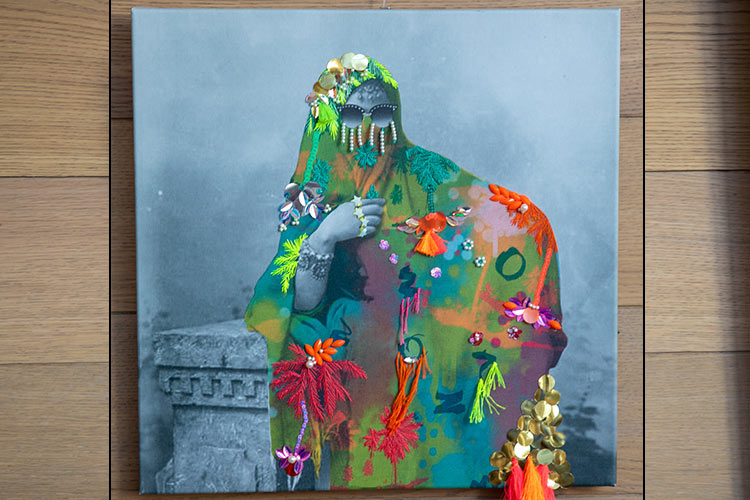 Art and fashion find a place in Azaide’s work.

Zabeel House by Jumeirah, The Greens, one of the city’s funkiest neighbourhood hangouts, has initiated the return of Project Art, an interactive initiative designed to empower Dubai’s burgeoning art community, with Dubai-based talent given the opportunity to exhibit their work in a free-of-charge space at the award-winning property and lead educational masterclasses and creative workshops.

The fifth installment of the initiative shines the spotlight on contemporary embroidery with Dubai-based French artist, Azaïdé (Sept. 26 – Oct 10). Best known for her revolutionary embroidery technique that blends retro pop-art styles, Azaïdé’s work focuses her personal interpretation of the traditional method by making connections between vintage and vogue, tradition and innovation, as well as art and fashion.

Having travelled extensively, she has been exposed to multiple cultures, colours, textures and patterns — all of which is incorporated in her art. Her two-week residency at Zabeel House by Jumeirah, The Greens, showcases a series of masterpieces displaying Middle Eastern cultures, mixed with icons of pop culture, hip-hop and digital elements.

Art lovers can get a peek into the artist’s thought process and learn the craft from the artist herself at an interactive workshop on October 3 (11am - 1pm) for Dhs50 per person, with all embroidery materials included. Azaïdé’s original art pieces will also be available for purchase during her residency.

Born in Paris, Azaide boasts French, Algerian and Spanish heritage. She owes her name to her grandmother who had travelled to Iran and was magnetised by the name ‘Azadeh’ (meaning free and free-minded). It didn’t take long for her grandparent to convert it into ‘Azaide’. 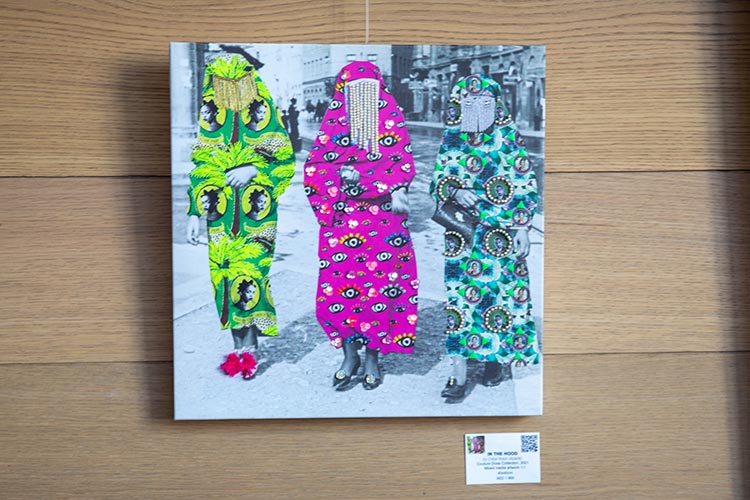 Azaide worked in China for some time and once visited her brother, who had shifted to Dubai, on vacation. The city’s diversity, dynamism and demography fascinated her: she decided to call Dubai her home. The large number of international artists living and working in Dubai and the interaction she has had with them, has moulded her professionally as an artist. The intimacy of Dubai’s creative spaces has also opened her mind to many cultures – all of which informs her art. She had her tryst with art early on. She was into drawing and collages even as a six year old. Besides an instinct for art, she travelled and lived with her family in countries located in Africa, Asia and Eastern Europe. The exposure to multiple cultures and the resulting vibrancy of her experiences, made a deep impact on her aesthetic side. It is reflected in her art. Paris, for her, is the place where one bumps into galleries established long ago, at every corner. Dubai, since it is rising to shine, plays a complementary role in the global art world.

She requests artists not to have preconceived ideas of cultures other than those they were born into or brought up in. She is all for them to move out of their comfort zones and realise that others too have something on offer and that art has perspectives unique to the cultures it was nurtured in.

Embroidery was an important art in the Medieval Islamic world. Because embroidery was a sign of high social status in Muslim societies, it became widely popular. In cities such as Damascus, Cairo and Istanbul, embroidery was visible on handkerchiefs, uniforms, flags, calligraphy, shoes, robes, tunics, horse trappings, slippers, sheaths, pouches, covers, and even on leather belts. Craftsmen embroidered items with gold and silver thread.

In the 16th century, in the reign of the Mughal Emperor Akbar in India, his chronicler Abu’l Fazl wrote in the famous Ain-i-Akbari (Administration of Akbar): “His majesty (Akbar) pays much attention to various stuffs; hence Irani, Ottoman, and Mongolian articles of wear are in much abundance especially textiles embroidered in the patterns of Nakshi, Saadi, Chikhan, Ari, Zardozi, Wastli, Gota and Kohra.

“The imperial workshops in the towns of Lahore, Agra, Fatehpur and Ahmedabad turn out many masterpieces of workmanship in fabrics, and the figures and patterns, knots and variety of fashions which now prevail astonish even the most experienced travellers. “Taste for fine material has since become general, and the drapery of embroidered fabrics used at feasts surpasses every description.”

Since the late 2010s, there has been an exponential growth in the popularity of embroidering by hand. As a result of visual media such as Pinterest and Instagram, artists are able to share their work more extensively, which has inspired younger generations to pick up needle and threads. Contemporary embroidery artists believe hand embroidery has grown in popularity as a result of an increasing need for relaxation and digitally disconnecting practices. Embroidery has gained attention partly due to the growing awareness of its utility to mental health, since it is meditative by nature.

“The Project Art initiative aims to give back to our local art community and provide something truly unique and inspiring for our guests and visitors,” said Marcus Sutton, General Manager of Zabeel House by Jumeirah, The Greens. “This exciting new initiative will ensure the community remains at the heart of everything we do.” During short-term residencies, participating artists have their works on display in high-traffic areas of Zabeel House by Jumeirah, The Greens, and participate in scheduled masterclasses and impromptu workshops with guests. Bookable appointments for aspiring creatives to learn about artists’ styles are also available on request. Project Art aligns with the hotel’s rich art and design aesthetic, and follows His Highness Sheikh Mohammed bin Rashid Al Maktoum, Vice President and Prime Minister of the UAE and Ruler of Dubai, announcing the drive to make Dubai a “global capital for creative economy.”