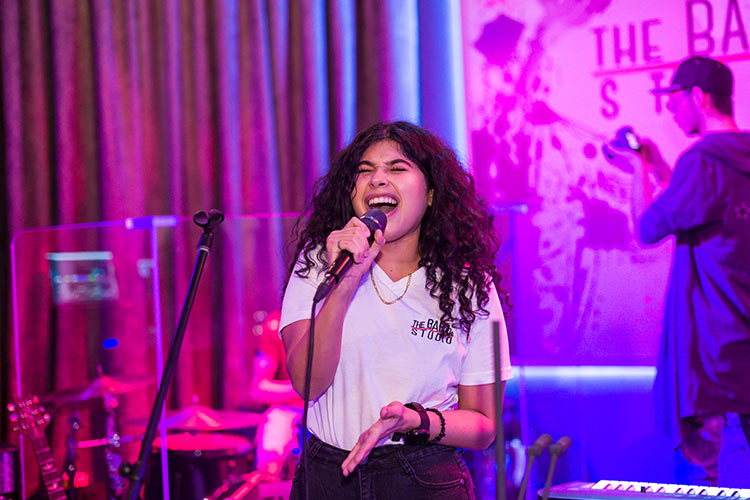 FAFA belts out a number.

Emirati singer and songwriter FAFA brings a new melodic sound to fans with the release of her long-awaited single and music video, Tree of Flames. Recorded and produced in Abu Dhabi, the music video was also shot against the backdrop of several locations throughout Abu Dhabi.

It attempts to capture the sentiment of a mystical atmosphere in contemporary times. The resulting clip is a high-drama, cinematic affair that portrays an unorthodox love story. The single was recorded, shot and produced by The BarCoe Studio, using locally-based crew and talent.  BarCoe’s Film Director Shiva Kojaki, who worked with FAFA in conceptualising the song and translating it into a meaningful visual story, commented: “Tree of Flames is such a heartfelt song; so we really wanted to create a video that would convey its emotional intensity. When I suggested the idea of a romance between a mythical creature and a human, FAFA fell in love with it right away. The rest was history.”

Alserkal and Expo 2020 Dubai join hands for Cultures in Conversation

Daniel Craig to return to Broadway as Macbeth

With the help of Dubai-based makeup artist Emily Clayton and fashion designer Jose Quiceno, the team designed the mythical creature that FAFA portrays as the centerpiece of the video. The production also features UAE-based talent Nik Nieves, who was cast as the self-absorbed male lead. Shot in July in scorching summer heat, the music video confronted challenges, including finding an iconic tree to represent the “tree of flames”.  The BarCoe team eventually found it in Abu Dhabi’s picturesque Umm Al Emarat Park. Once preproduction was complete, the crew soldiered through the summer heat and shot a highly cinematic music video on a “Red Camera”, an industry standard used in countless blockbuster productions. 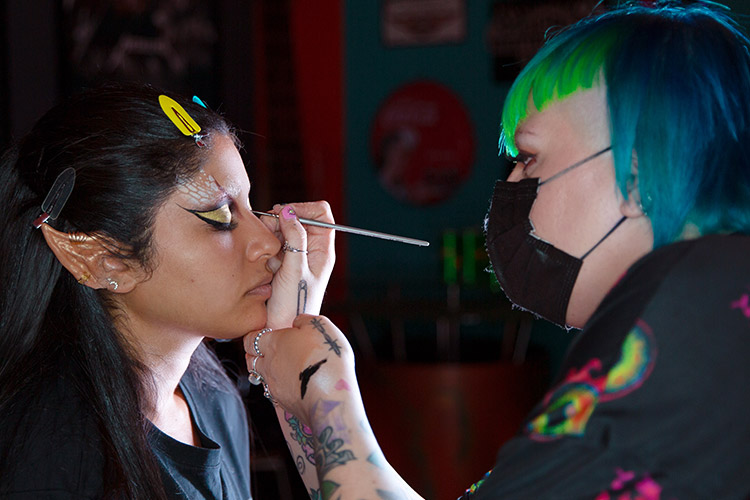 FAFA gets her makeup done.

Umm Al Emarat Park is an urban park in Abu Dhabi. Students visit it through its partnerships with UAE schools, with the aim of learning about the country’s ecosystem, heritage and wildlife.

The overall design of the park honours the legacy of Sheikh Zayed bin Sultan Al Nahyan and his vision of preserving the UAE’s cultural and natural history. A conservationist at heart, he worked tirelessly on preserving the environment and species native to the UAE. As a testament to his legacy, Umm Al Emarat Park features everything, from botanical gardens to an animal barn and acres of lush green foliage. Other features include attractions and recreational facilities such as the children’s garden, amphitheatre and more.

Sean Barcoe, Founder of The BarCoe Studio said: “From scouting locations to ensuring the crew and cast’s health and safety as well as using world-class equipment to enable the technical shots, the team worked tirelessly on the project. “This experience further fuels our drive to succeed in creating more amazing content in Abu Dhabi with the wealth of talented people that reside here.” The single and music video are a witness to the range of talent in the UAE. As an artist, FAFA highlights the versatility of this generation and how the UAE is an emerging hub of music and content creation.

The BarCoe Studio is located in Abu Dhabi and was founded in 2014 by Sean Barcoe, who is a certified sound engineer and video production specialist. 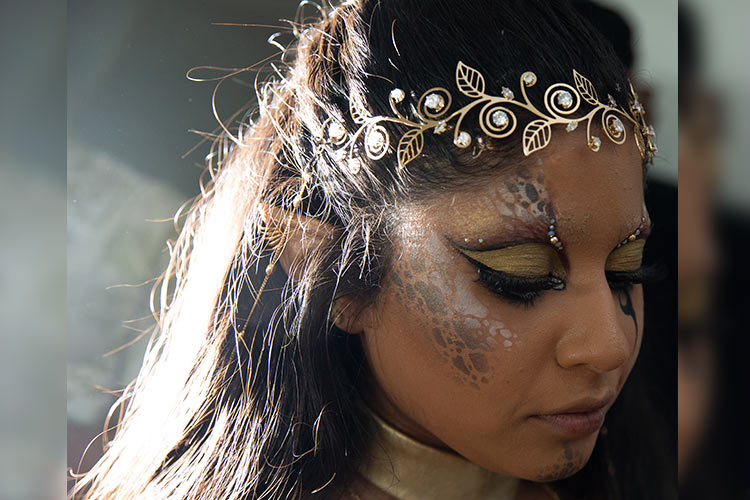 FAFA gets ready for the shoot.

A full-service music, video and events production facility, it houses a recording studio, video editing room and live band area. It has a subdivision that organises live shows, digital broadcasts and creates digital content to showcase locally-based talent to the world. In addition, it has supplementary services that supports and mentors local artists. “Tree of Flames” is out now on all streaming platforms, and you can watch the video on FAFA’s youtube channel at https://bit.ly/3u2JNO4.

FAFA is a 24-year-old Emirati/Honduran singer and songwriter based in Abu Dhabi, who is passionate about telling stories through music. When she moved away from home to study abroad for university, she fell deeper in love with the blues and found herself in Chicago working on the style and learning alongside recording artists and producers. Her music is influenced by her own experiences and those of others, who she has spoken to and was able to relate to throughout the years. Her first single, Runnin’ (Can’t Stop Me), is about motivating yourself and stop being counterproductive.

It is about taking ownership of your excuses and downfalls and to keep moving forward, even though you feel like you can’t. FAFA has written other songs, including Sky Cries With Me and Toxic Love, and credits influences from Etta James, Amy Winehouse and Sia, in helping shape her singing style. She finds pop music with deep messages particularly motivating. James was an American singer who performed in various genres, including blues, R & B, soul, rock and roll and jazz.

Winehouse was an English singer and songwriter, known for her eclectic mix of musical genres, including soul, rhythm and blues and jazz. Sia is an Australian singer and songwriter. In 2018, FAFA was the winner of the prestigious Yasalam Emerging Talent Competition, voted by a panel of judges and whittled down from ten talented finalists, among hundreds of entries.