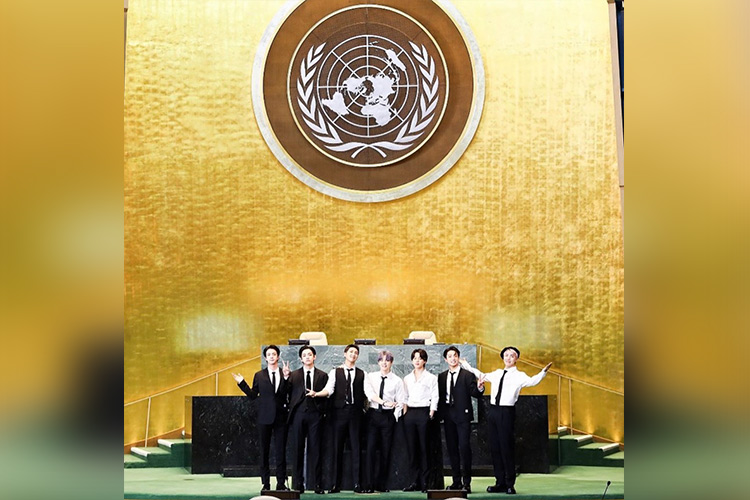 Korean boy band BTS gave a speech and a special performance of their new single “Permission to dance” at the United Nations headquarters in New York City on Monday (20 September).

The South Korean K-pop stars appeared in the General Assembly hall to help promote UN goals for 2030, which include ending extreme poverty, preserving the planet, and achieving gender equality.

The President of the Republic of Korea introduced the pop stars as special presidential envoys and an “exceptionally outstanding group of young men who are connecting with the youth across the world”. 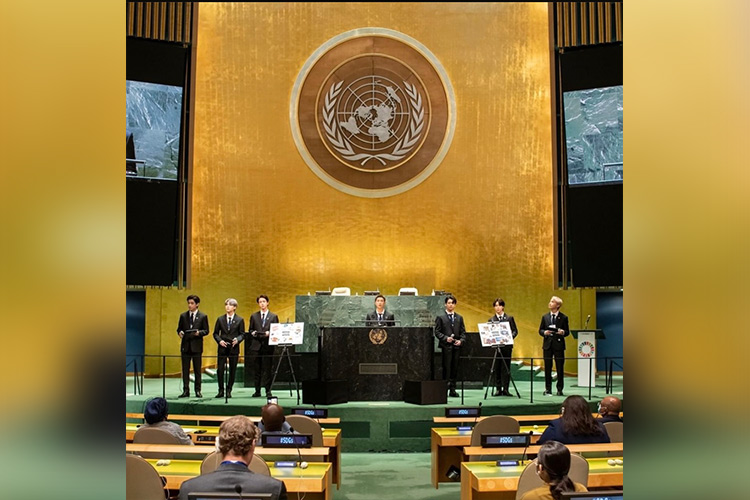 BTS performing at the UN headquarters.

“It is an honour to be here today,” BTS member RM said. “We are BTS, appointed as special presidential envoys of the Republic of Korea. We are here today to share the stories of our future generations.”

“Before we came here, we asked young people in their teens and twenties around the world about the past two years and the world they find themselves in today,” the group said in a statement.

“We think that instead of the ‘lost generation,’ a more appropriate name would be the ‘welcome generation.’ Because instead of fearing change, this generation says, ‘Welcome!’ and keeps forging ahead.”

“We believe that every choice we make is the beginning of change,” they added. “We hope that in this nascent new world we can all say to each other, ‘Welcome!”

This is the third time the band has given a speech at the UN, following two occasions in 2018 and 2020.

Soon after the band’s speech, the scene then cut to a video of their hit song “Permission to Dance” performed inside and around the United Nations building.

Since its debut in 2013, BTS has garnered global recognition for its self-produced music and activism, which also includes publicly calling out anti-Asian racism.