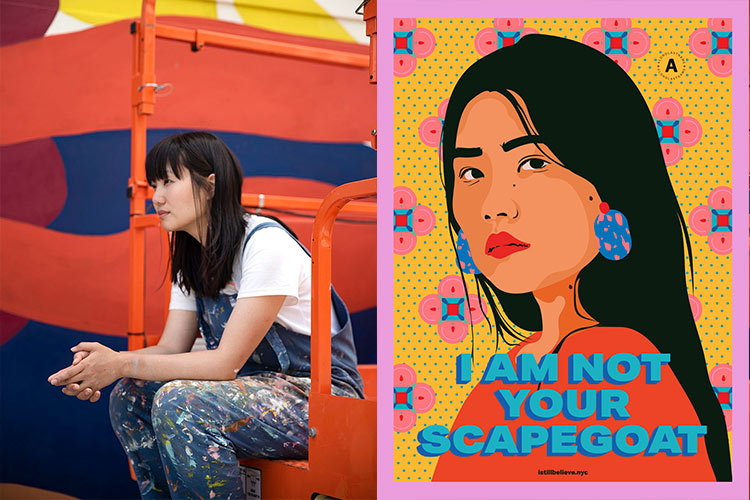 “I Still Believe in Our City,” the public art campaign that aimed to address the rise in anti-Asian racism during the COVID-19 crisis, was created by Amanda Phingbodhipakkiya, one of two 2020-21 artists-in-residence with the NYC Commission on Human Rights.

The series took over all the ad space at Atlantic Terminal, and over 75 bus shelters and LinkNYC kiosks in neighbourhoods where anti-Asian bias incidents occurred.

The series is a celebration of everything Asian American people contribute to New York City, from working the frontlines as essential workers to building coalition with the Black Lives Matter movement.

In 2020, as COVID-19 flared through New York City and NYC hospitals saw a spike of nearly 200,000 patients, Asian and Pacific Islanders (APIs) faced an added threat: blame, racism, and xenophobia. From February through July, the NYC Commission on Human Rights recorded 184 incidents of anti-Asian discrimination, harassment or bias, representing a nearly seven-fold increase from the same period the previous year (26).

The majority of incidents reported nationwide were against women, including an 89-year-old grandmother who was set on fire in Brooklyn. “Some might have thought,” says Phingbodhipakkiya, “we’d just slink off in the face of these assaults. But we don’t scare that easily.

“We mobilised, amplifying our voices to stand up for our communities. We got creative, finding novel ways to protect our parents, educate our children, and support our customers.

“APIs were on the frontlines, caring for patients, stocking shelves, and making deliveries around the clock. We are made of grit, hustle and hope, the same as every New Yorker, and we know this city is greater than her ugliest moments.” Asian Americans were standing up for themselves, the Black Lives Matter movement and their home: New York City. The daughter of Thai and Indonesian immigrants, Phingbodhipakkiya’s practice centres around making the invisible, visible. 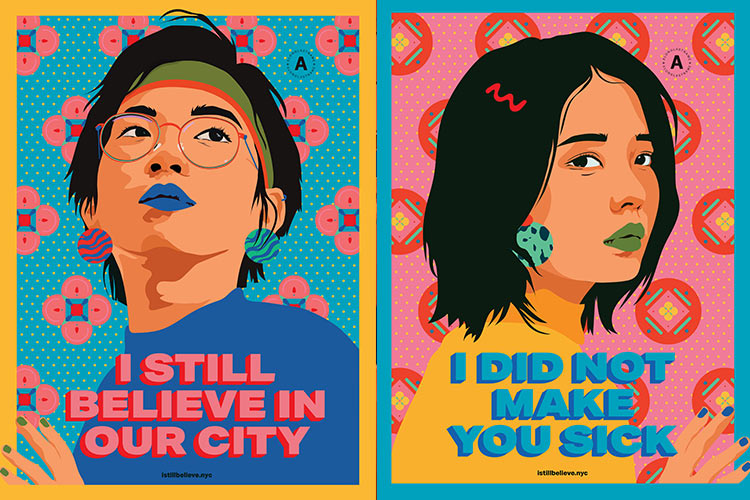 Work by Amanda Phingbodhipakkiya; Asian-Americans affirm their love for NYC (left) and Poster against anti-Asian harassment.

Her multidisciplinary work has appeared in museums, galleries, conferences, classrooms, speakeasies, rallies, digital screens and on buildings all over the world. The works featured in “I Still Believe in Our City” couple striking visuals with statistics about discrimination API New Yorkers have faced amidst the COVID-19 pandemic.

The panels include words and phrases that have been uttered in hate, juxtaposed with bright colours, symbolic imagery and portraits of defiant and proud API New Yorkers standing their ground. Nestling the ugly language in beautiful symbolism is intentional: despite what API New Yorkers have faced, they remain undeterred and steadfast members of New York City’s communities.

The work spans a range of activations, from LinkNYC kiosks, bus shelters, a public mural, and social media placements with the hashtag #OurCityNYC. An additional feature of the campaign included an art installation in the Atlantic Avenue terminal, where Phingbodhipakkiya’s 45 unique pieces take over the station to celebrate East Asian and Southeast Asian New Yorkers, as strong, compassionate members of their communities and show solidarity with the Black Lives Matter movement and the fight to eliminate anti-Black racism.

The words and images on each activation may have varied; but the message was the same: Asian and Pacific Islanders cared about NYC, they will not be vilified or victimised, and they are not going anywhere. Asian and Pacific Islanders are diverse in nationalities, religious traditions, cultural practices, and languages spoken. And whether they are new immigrants or generations-old New Yorkers, they share the common experience of being labelled the “perpetual foreigner.”

“Ask any API the last time they we were asked, “But where are you really from?” and they can recount the story,” says Phingbodhipakkiya. “It’s a question that, intent aside, burns at the core of every Asian and Pacific Islander American’s sense of home.”

This pain, it is pointed out, was made worse by the onset of COVID-19-related discrimination, and carries with it the history of America’s anti-Asian laws.

From the Chinese Exclusion Act of 1882, to the immigration quotas barring immigration from Asian countries in the 1920s, APIs have been so othered, that many cannot imagine them as also being American. The Chinese Exclusion Act remains the only law in American history to make immigration by a specific nationality illegal. By the 1960s, the civil rights movement was challenging every significant law and norm that denied Black people equal treatment. From restaurant counters to voting booths, civil rights leaders paved the way for equal rights for all.

Asian and Pacific Islanders learned from this approach and mobilised under the banner of the civil rights movement to fight to abolish nation-based immigration quotas and secure passage of the Immigration and Naturalization Act of 1965.

From Yuri Kochiyama to Grace Lee Boggs, API activists worked side-by-side with and were inspired by Black civil rights leaders — a connection that continues in today’s movement for Black lives, and a history that this public awareness initiative and art series seeks to honour. More than an anti-hate campaign, Phingbodhipakkiya’s public awareness initiative is a testament to the beauty and resilience of API communities. “I Still Believe in Our City” affirmed that Black lives matter, and that East and Southeast Asians refuse to be vilified or denigrated. No matter what comes their way, they are convinced that New Yorkers do not succumb to cynicism or defeat.

They choose to believe in and fight for themselves, their home, and their shared future. Though Phingbodhipakkiya’s campaign recognises everything APIs have lived through, it also speaks to decades-old anti-Asian biases. It was a reminder that NYC needs them, and that they won’t give up on her. 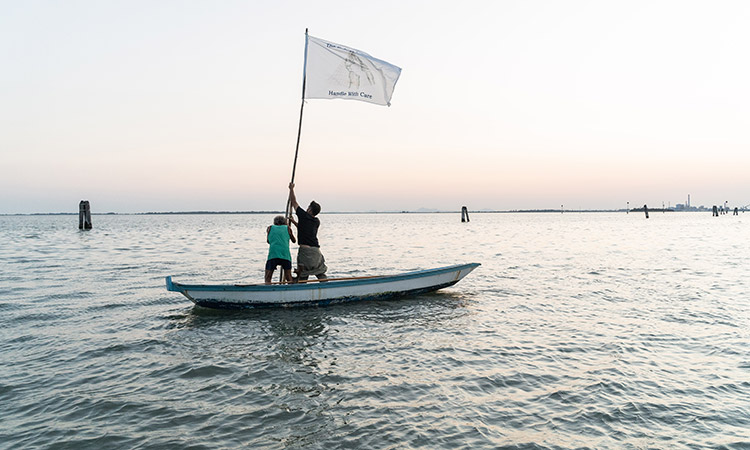 The installation follows a previous installation of the Flag at Tate Britain in London to mark the launch of a global Healing Arts campaign, under the auspices of the World Health Organization, to support improved mental, social and environmental health in the wake of the pandemic.