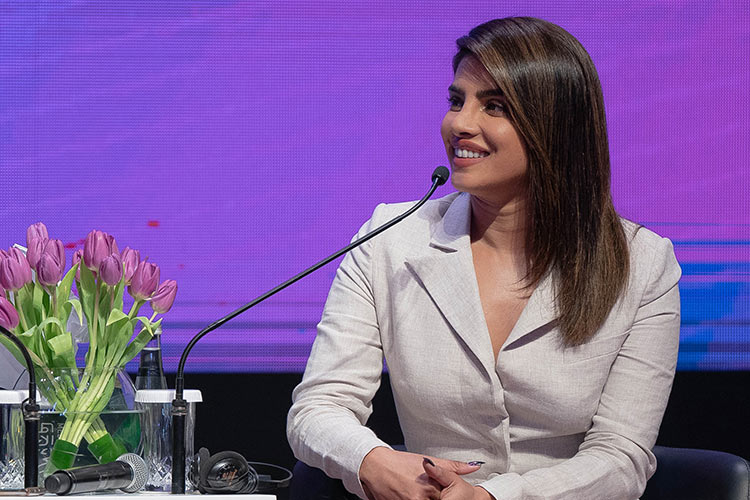 She says she is sorry that her participation in it disappointed many. The actress, who is married to American pop star Nick Jonas, said she has been "moved" by the criticism.

She shared the apology letter on her Instagram. It read: "I have been moved by the power of your voices over the past week. At the core, Activism is fuelled by cause and effect, and when the people come together to raise their voice about something, there is always an effect. You were heard."

The statement further read: "The show got it wrong, and I am sorry that my participation in it disappointed many of you."

The 39-year-old actress said that the intention was always to "bring attention to the people behind the ideas and highlight the actions and impact of the causes they support tirelessly."

"I'm happy to know that in this new format, their stories will be the highlight, and I'm proud to collaborate with the partners who have their ear to the ground and know when it's time to hit pause and re-evaluate," she said.

The actress added: "There is a global community of activists who fight the fight every single day and put their blood, sweat and tears into creating change, but more often than not, they are rarely heard or acknowledged."

"Their work is so important and they too deserve to be recognised and celebrated. Thank you to each and everyone of you all for all that you do."

The network CBS had earlier announced a change in format for the show. It would be changed from a competition show to a one-time documentary.

'The Activist' was announced as involving six "inspiring activists" who will team up with three public personalities such as Usher, Priyanka, and Julianne Hough.

The format for the series had six activists representing three causes -- health, education and environment -- completing challenges to raise awareness about those issues during the initial four episodes.

For the fifth and final episode, three of the six activists were to have been chosen (one representing each area) to go to the G20 summit in Rome at the end of October and meet with world leaders to personally press their causes.

Performances from well-known musicians also would have figured into the climactic episode. The news was met with "shock."

Earlier, Julianne Hought had also addressed the criticism in a note.