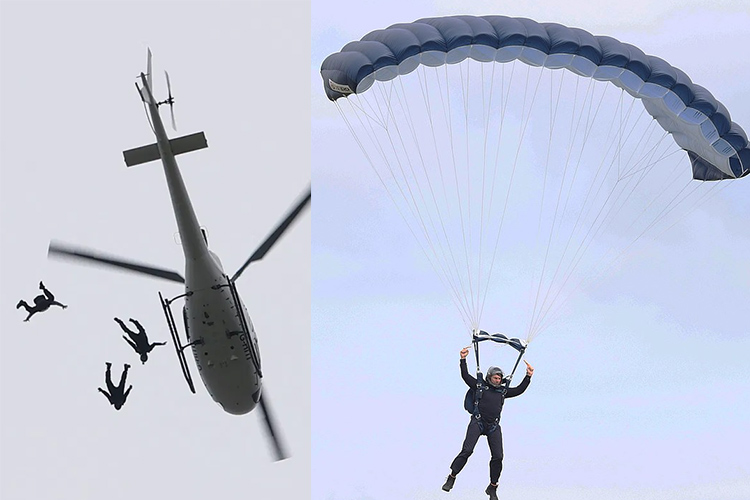 Tom Cruise has stunned fans after parachuting into a field in England’s Lake District while filming the next Mission: Impossible film.

The actor has been seen in various locations around the UK during production on the as-yet-unnamed seventh installment in the popular action franchise.

Earlier this week, Cruise was filmed jumping out of a helicopter, deploying a parachute to land safely in a field.

The 58-year-old actor and two others hurling themselves out of a helicopter, free falling until releasing parachutes that bring them safely to the ground.

According to the Daily Mail, Cruise “threw himself out of a helicopter 10,000 feet over the Oxfordshire countryside” for the stunt. 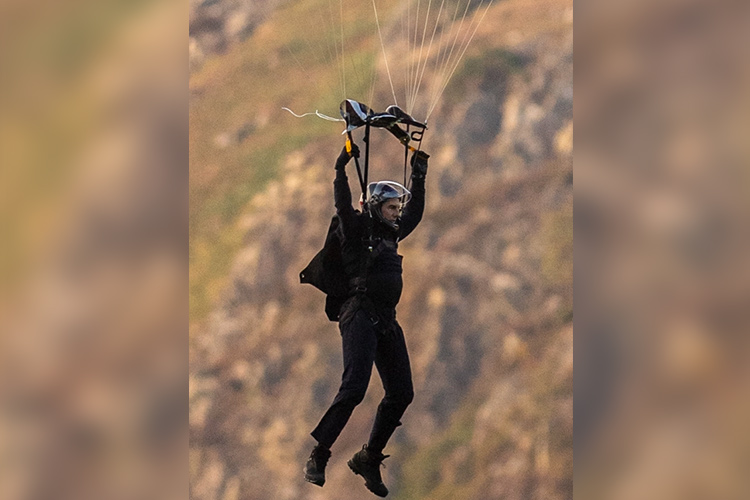 Tom made it to land with out a problem after performing his daredevil stunt.

Fans reacted positively to the footage, with one person describing the jump on social media as “incredible”.

“Wow he flared at the last moment perfectly, professional,” wrote another fan.

Filming on the forthcoming Mission: Impossible 7 has bought Cruise to places such as Birmingham, Derbyshire and Bedfordshire in recent weeks.

Last month, British fans of Cruise were delighted as he visited a Birmingham curry house, ordering the same chicken tikka dish two times in one sitting.

Before that, an audacious stunt from the Derbyshire set of Mission: Impossible 7 was captured on camera by onlookers.

The sequence featured a train plunging into a quarry.

The film – which also stars Vanessa Kirby and Simon Pegg – is set to be released next year.