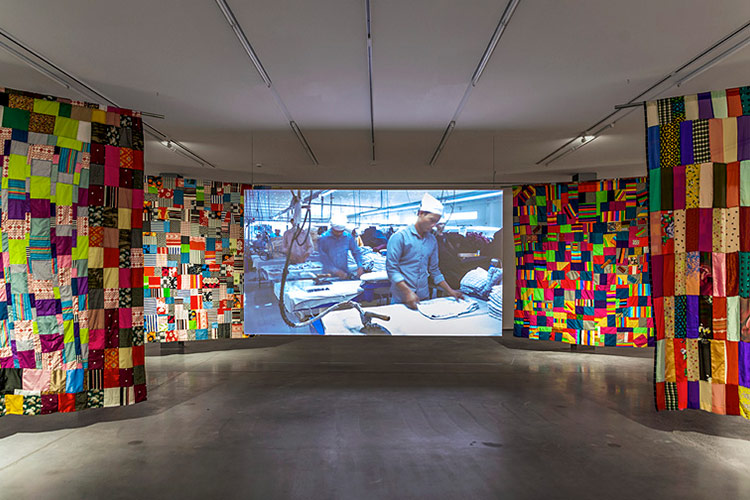 Misk Art Institute (MAI), a leading non-profit cultural institution dedicated to empowering the growth of a thriving creative community in Saudi Arabia and regionally, presents Here, Now (Oct, 3, 2021 — Jan. 15, 2022), an exhibition that is the third in a series of annual flagship events in which it collaborates with a curator on the central theme of Misk Art Week 2021, the Institute’s yearly celebratory event.

The exhibition is hosted at Prince Faisal bin Fahd Arts Hall in Riyadh and online via Misk Art Institute’s website. Responding to Misk Art Week’s 2021 theme of Identity, the curatorial collaboration behind Here, Now brings international artists into conversation with Saudi talent such as Yousef Jaha and Filwa Nazer.

The variety of media on show includes paintings, textiles, sculptures, immersive installations and digital works, offering visitors an opportunity to reflect on notions of the self in relation to location and society.

“We are delighted to see Sacha Craddock, together with the Institute’s curators Alia Ahmad Al Saud and Nora Algosaibi, respond to and map out the universality of identity. 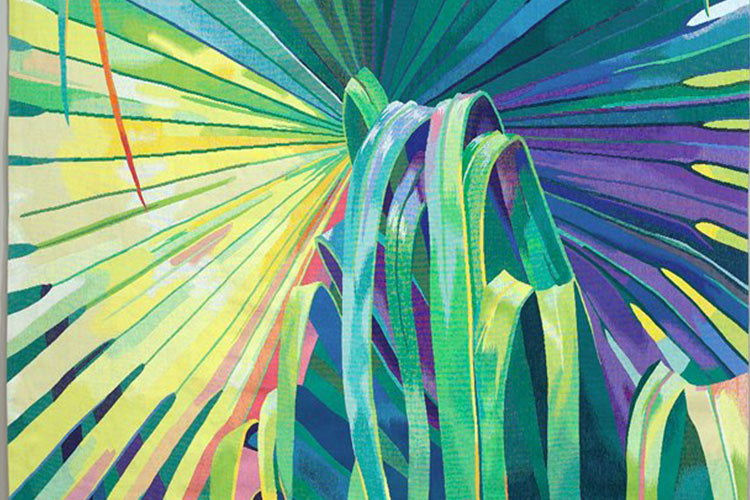 “Convening artists from more than five countries in dialogue with Saudi voices, the exhibition echoes our year-long work and programming, which is to provide a laboratory for creativity and discovery and invite the public into the creative process,” said Reem Al Sultan, CEO of MAI.

Among the exhibited works is I Am Here, a large-scale piece by AlDowayan, with guidelines for the audience to participate in the work. Using paint and stencils, viewers are invited to affirm their presence in the exhibition’s physical space by recreating the artwork’s title on a defined gallery wall space.

AlDowayan’s practice investigates the intricate relation between seemingly opposite notions, such as the traditional and contemporary or local community and the globalised world.

Through interactive maze-like stacked sculptures Saudi-Palestinian artist Daydban’s Three House deconstructs archetypal narratives related to cultural heritage and identity, as well as the region’s historical relation to Western colonial powers. His work insists on the existence of the material that remains after function or meaning have moved on.

American contemporary artist Hicks presents a large-scale woven installation originally conceived in Riyadh’s King Saud University, where she set up an art programme in the 1980s.

She talks of lying down, looking up at a palm tree and seeing a mass of leaves span out to define a circular series of routes. The pleasure of looking up at the tree and into the parallel reality created by its leaves, became the basis of Le Palmier, which follows traditional weaving methods established at the Aubusson workshops in the 16th century, and exemplifies the artist’s ability to translate the personal and physical with ease.

Working across a range of media — from Hong’s embroidered flowers that counter the ephemerality of the floral version to AlHossein’s paintings that depict personal memory as a landscape and visual space and ElMur’s work that reveals a natural confusion at the three-dimensional reality and walls that surround him — the showcased artists examine the space between the personal and the public, between the outside of perception and the inside of intention.

“I hope that the exceptionally fluid and open process that brought Here, Now together is mirrored by the experience of the audience.

“Layers of curatorial knowledge and familiarity, on my part, have merged with totally new influences, innovations and traditions to produce a sense of perpetual discovery for all,” said Craddock.

Virtual tours (in English and Arabic) of Here, Now are made available online via the MAI website, alongside additional programming, including workshops for adults and children.

The exhibition will coincide with the Institute’s flagship event Misk Art Week’s fifth iteration (Dec. 1 - 5), which is also held at the Prince Faisal bin Fahd Arts Hall. The week-long initiative will be accompanied by a series of public events, ranging from talks to workshops.

Craddock is an art critic, writer and curator based in London. She is the co-founder of Artschool Palestine, member of Abbey Council, co-founder of the Contemporary Art Award at the British School at Rome, trustee of the Shelagh Cluett Trust, co-president of AICA-UK, the British section of International Association of Art Critics, a chair of the selection process of New Contemporaries and chair of the board since 1996.

MAI was founded in 2017 in Riyadh, Saudi Arabia. It has dedicated itself to making the arts accessible by emboldening emerging artists through an interconnected ecosystem of support, expertise and education — elevating the country’s artistic infrastructure.

The Misk Art Grant is the largest artist support scheme of its kind in the region and the annual Misk Art Week convenes thought leaders in the creative industries to deliberate the Kingdom’s art arena and its ambitions.