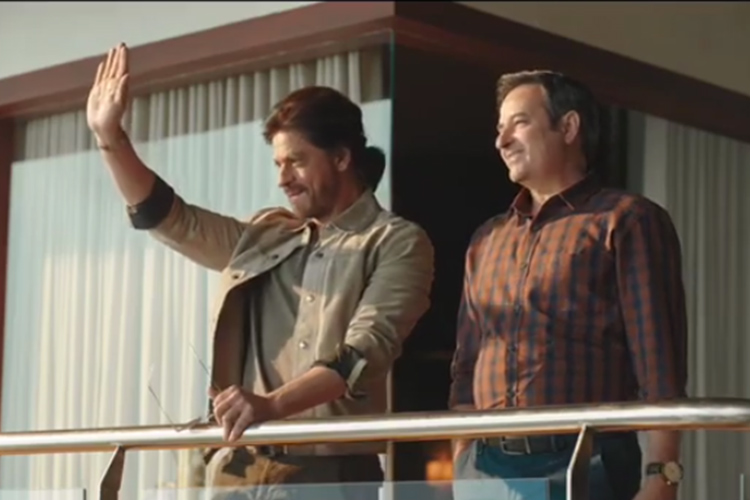 Shah Rukh Khan seen waving at his fans from his balcony.

It is quite interesting to see how over the past one year, most of the Bollywood superstars, from Amitabh Bachchan to Akshay Kumar, Salman Khan and Ajay Devgn, and even Varun Dhawan, Siddharth Malhotra and Abhishek Bachchan, have had films released directly on OTT platforms. The notable person missing from this list has been Shah Rukh Khan.

According to filmmaker and 'Bigg Boss OTT' host Karan Johar, whose proximity to SRK is well known, the superstar is actually in a state of FOMO (Fear Of Missing Out) for not being there on OTT.

In a video he shared on social media, SRK is shown on the balcony of his Mumbai villa, surveying his legions of fans gathered outside.

The actor takes pride in the fact that he has so many fans, unlike others, but his secretary pipes up to say that it may be true but "you never know about the future because all the actors now have their films released on OTT".

What the secretary meant was that the stars on OTT are meeting their fans in their homes. That changed SRK's expression because, according to KJo, he's struck by an attack of FOMO.

Taking the fun to the next level, KJo tweeted: "Never thought I'd see the day when even the Baadshah of Bollywood feels FOMO. Now I've seen everything!!" 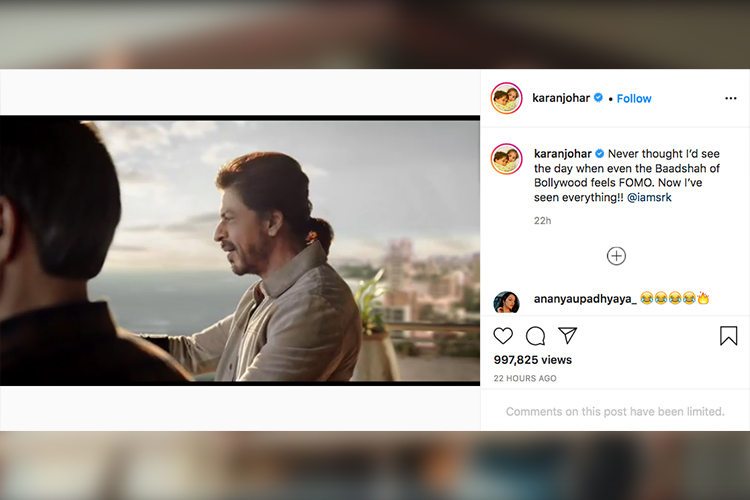 Noticing the fun everyone was having at his expense, SRK replied to Karan's tweet with the cryptic comment: "Hmmmm. Picture toh abhi baaki hai mere doston." The superstar was hinting at an impending release on Disney+ Hotstar.

So, was it another publicity buildup for a forthcoming SRK venture, or just weekend fun? As they say, that only time will tell.