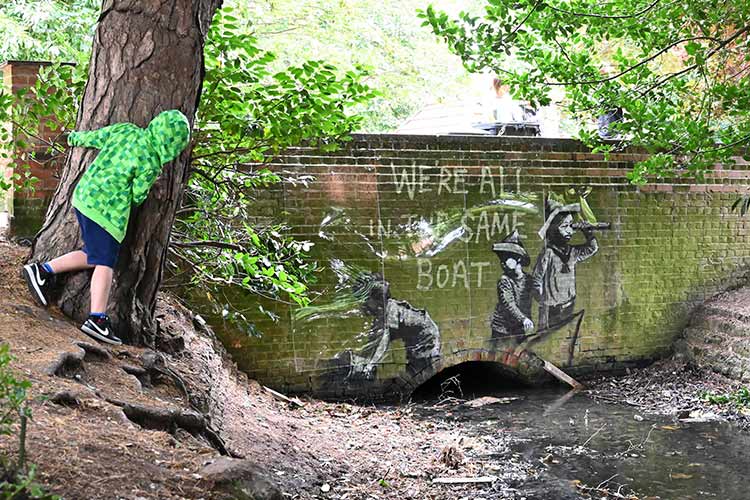 A stensil of children playing at being sailors is the subject of a graffiti artwork bearing the hallmarks of street artist Banksy. AFP

Residents in the Suffolk town of Lowestoft have discovered that a new Banksy artwork has already been defaced.

The mysterious graffiti artist recently confirmed he was behind new street art that appeared around England’s east coast, according to the Independent.

However, East Suffolk Council has now been forced to issue a statement after locals discovered the Lowestoft artwork, which shows a rat sitting on a deckchair, had been daubed with white paint overnight. 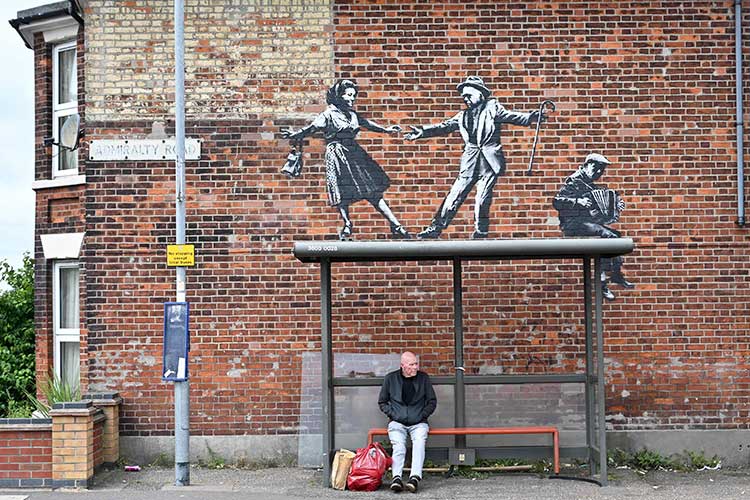 A man waits at a bus stop below a graffiti artwork. AFP

“We are naturally appalled that someone has chosen to behave in such a selfish and mindless way, given how excited we all are by the appearance of these works here on the east coast,” the statement said.

“We are, however, hopeful that this particular work can be restored, and are engaging with specialists.”

The council said that prior to the rat art being confirmed as a genuine Banksy, it had placed an order for protective materials to safeguard the piece. 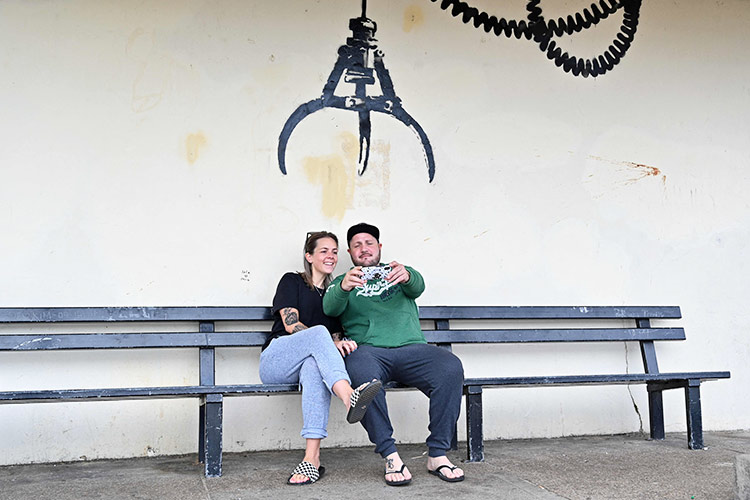 A couple take a selfie photograph below a graffiti artwork. AFP

“In the interim, we have also employed security patrols to visit each site and, on this occasion, our patrols actually interrupted the individual defacing this work and prevented any further damage occurring,” the statement continued.

“We are very grateful for the huge goodwill of local people who are proud of these artworks, but we would kindly ask people not to try and repair the works themselves, and to please leave this to professional restorers.”

Banksy claimed responsibility for the series, which he titled A Great British Spraycation, on his Instagram page last week. A video offered a behind-the-scenes look at the works’ creation. 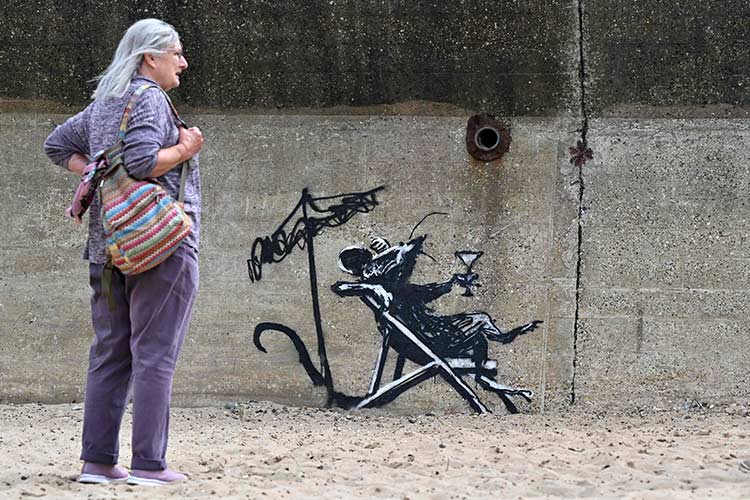 A woman stands beside a graffiti artwork. AFP

Other pieces included a scavenging seagull hovering above a skip, a group of children in a boat on a bridge wall, and a rat reclining in a deck chair sipping a cocktail, all which also appeared in Lowestoft.

Hermit crabs holding a sign which read “luxury rentals only” appeared in Cromer, whilst the Frederick Savage statue in King’s Lynn was given the addition of an ice cream and a pink tongue.

Arguably the standout Banksy artwork appeared in Great Yarmouth, which featured his name sprayed on to a house at the Merrivale Model Village, alongside the phrase “go big or go home”. 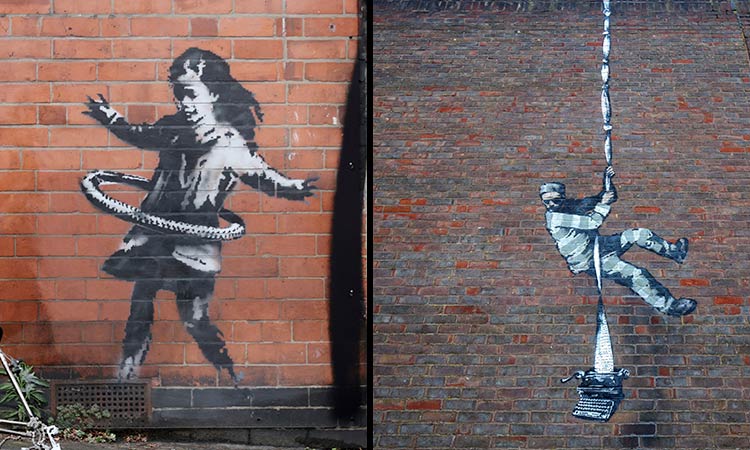 Art lovers are in for a treat as the largest collection of Banksy’s artwork is now displayed under one roof at the Deodato Art Gallery in Brussels.