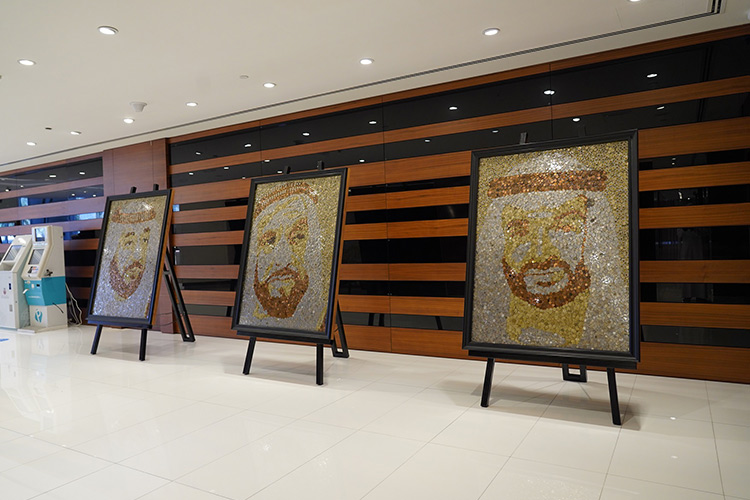 Portraits of the leaders at the event.


The Integrated Transport Centre (ITC) has created an artwork out of coins, reflecting development in payment method, and expressing love and gratitude to the UAE and its leaders who built the country as a role model, on the foundations of tolerance.

"We preserve the past, maintain the present and build the future." This is one of the sayings of the late Sheikh Zayed bin Sultan Al Nahyan, which reflects a journey that is full of accomplishments; economically, socially, culturally and scientifically. 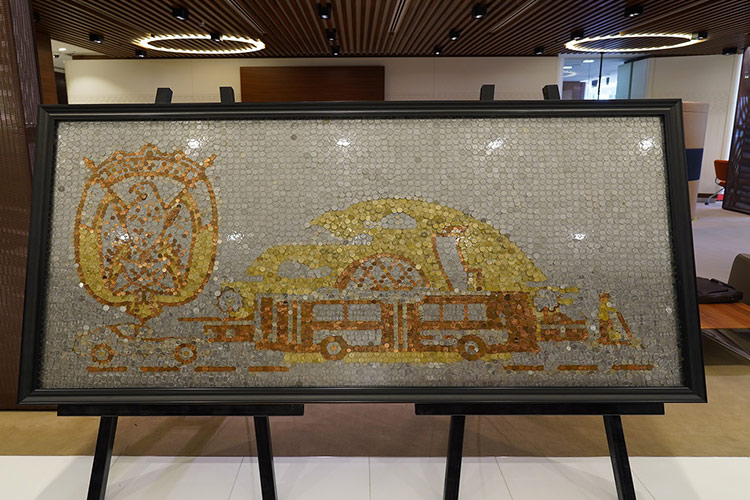 The artworks are made out of coins from 88 countries.

These achievements embody a comprehensive development model that derives its strength from the authenticity of the past and continues on the path by the guidance of our wise government; following on the footsteps of the founding fathers in serving our country that has placed us as the happiest people in the world. Based on this, the ITC of the Department of Municipalities and Transport launched an initiative to create portraits of the late Sheikh Zayed, President His Highness Sheikh Khalifa Bin Zayed Al Nahyan, and His Highness Sheikh Mohamed Bin Zayed Al Nahyan, Crown Prince of Abu Dhabi and Deputy Supreme Commander of the UAE Armed Forces. 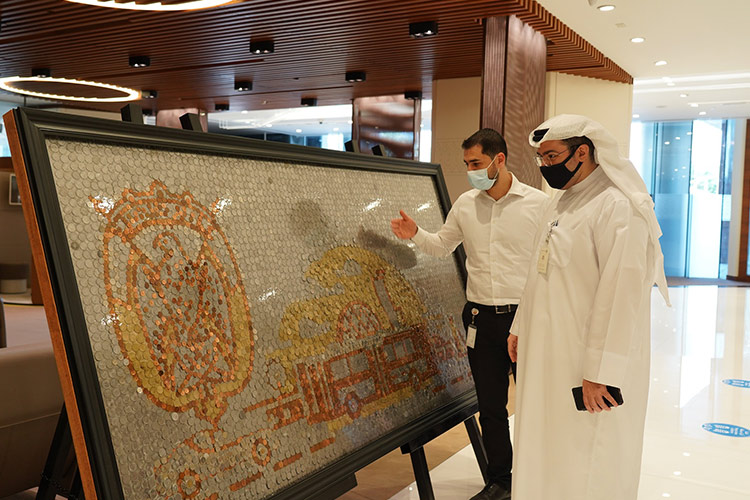 The artworks are made out of coins from 88 countries. It is a representation of the social and cultural harmony between the UAE and other countries, in addition to the values of openness and tolerance that were encouraged by the late Sheikh Zayed.

The idea of the artwork stems from the change of behaviour and the impact of technology on our daily life. Hafilat Smart Card payment system for public transport was established in 2013. Prior to that, coins were used to pay for the fares by the public including tourists who used coins from other countries. The art work is an indication of this transformation and the development in Abu Dhabi in all sectors, especially in the transport sector.

This initiative comes in celebration of the Year of the 50th and was created by the Arab artist, Osama Sbeata, who holds Guinness World Record for the largest sand painting.