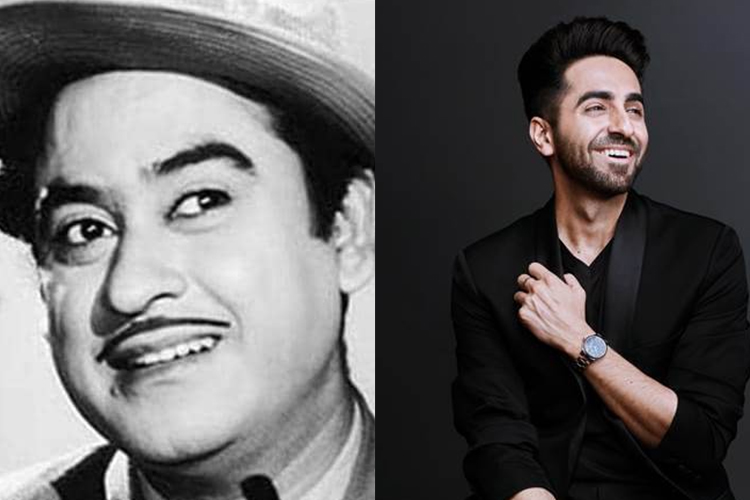 The singer-actor wrote that he could not sleep the previous night because it is Kishore Kumar's birthday. "Happy birthday Kishore da! You don't sleep the entire night and then record this early in the morning. And you don't get sleep coz it's Kishore da's birthday." 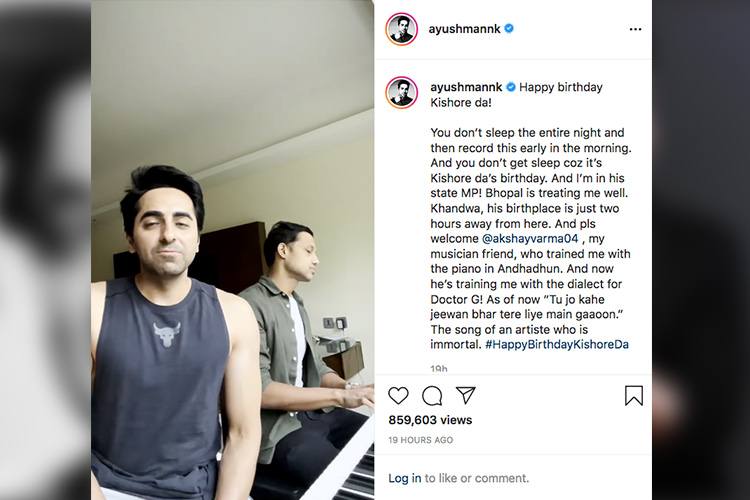 Ayushmaan is currently shooting for 'Doctor G' in Bhopal, which also happens to be Kishore Kumar's birthplace.

The actor wrote about the coincidence. "And I'm in his state MP! Bhopal is treating me well. Khandwa, his birthplace is just two hours away from here."

The talented actor is seen accompanied by pianist Akshay Varma who trained the actor for 'Andhadhun' and now for 'Doctor G'.

He wrote, "And pls welcome @akshayvarma04, my musician friend, who trained me with the piano in Andhadhun. And now he's training me with the dialect for Doctor G! As of now 'Tu jo kahe jeewan bhar tere liye main gaaoon.' The song of an artiste who is immortal. #HappyBirthdayKishoreDa."